To 4K or not 4K? That is the question

We stand on the cusp of a 4K gaming revolution.

4K gaming has been described as niche, but you can already play many PC games in Ultra High Definition. The Witcher 3, Rise of the Tomb Raider, Star Wars: Battlefront and Fallout 4 all have high quality mods or settings. You’ll need a UHD-compatible monitor, of course. Something like a Samsung UE590 or an Asus ROG Swift PG279Q will do nicely. That said, 4K will impress the most on larger screens.

The best 4K games will also demand a fast PC with a 4K-capable graphics card. But is it worth the upgrade? What else can you play?

With a souped-up system, you can play Gears of War 4 in 4K. “One thing that we’re able to do with Gears of War 4 is to author all the content at 4K resolution,” said The Coalition’s Technical Director Mike Rayner. “On Windows 10, if you got a system that can support it, you’re gonna get high resolution texture packs, a real premium 4K visual experience.”

Ubisoft delayed Watch Dogs 2 on PC so that it could add a “multitude of PC-specific improvements.” These include: 4K support with ultra textures, stuttering/lag framerate optimization, no FPS cap and full SLI/Crossfire support. If you’ve got a high-end GPU, the game will be capable of rendering the San Francisco Bay Area in stunning detail.

Talking of detail, EA’s Battlefield 1 has the potential to take your breath away. From the alpine Monte Grappa map to the sands of the Sinai Desert, playing the game in 4K is a cleaner, sharper, far more realistic experience. It shows off the power of DICE’s versatile Frostbite engine and, with a top-end card like the Fury X, you can still hit a silky-smooth frame rate north of 50 in 4K. 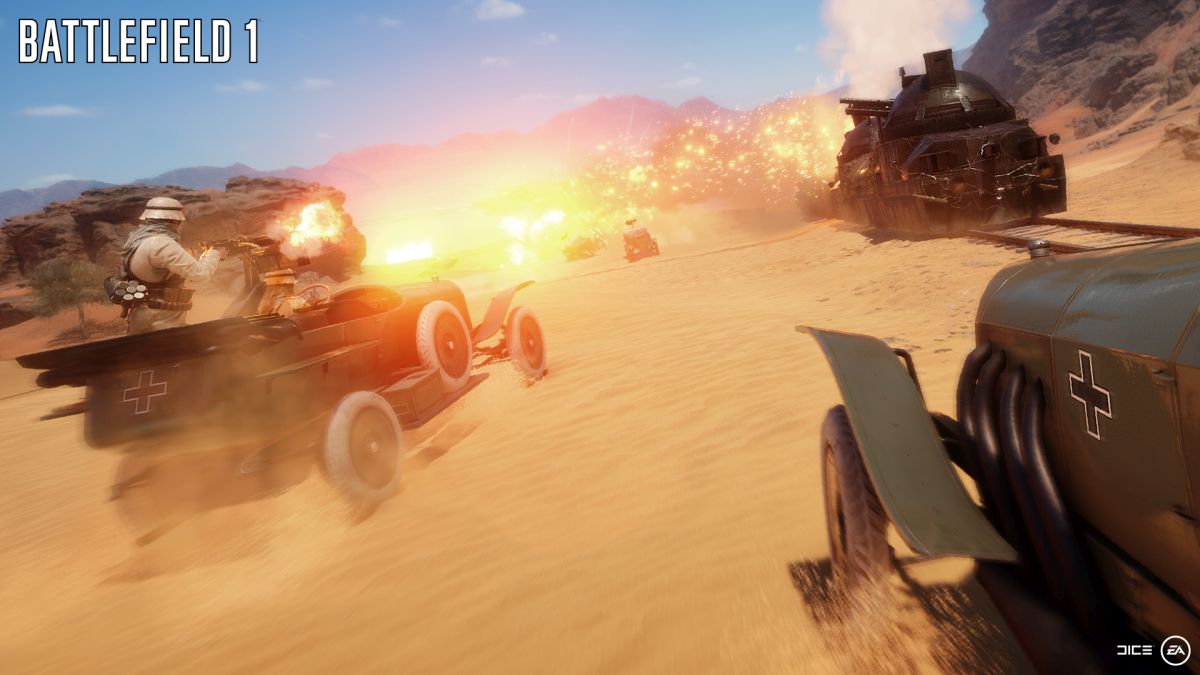 New games like Forza Horizon 3 look so incredible in 4K it’s hard to do them justice with a few screenshots. It somehow manages to “make even dust seem impossibly beautiful,” wrote IGN. “The same applies to the water droplets that scatter across your windshield while it rains, and the clouds that roll in to signal a change of weather, and the coastal skyscrapers that slowly light up, room by room, as Australia’s Surfer’s Paradise transitions into night time.”

The arrival of the 4K-capable PS4 Pro and Xbox One S means that more games will ultimately ship with UHD modes. Konami, for example, is adding 4K support to its football game PES 2017 in November, primarily to take advantage of the new PlayStation console. FIFA 17 can already be played in 4K on PC.

If these current and future games look beautiful, then older titles can gain a new lease of life. Go back and play Project Cars or GTA V and they can feel like all-new games. An investment in 4K hardware now will also pay dividends in 2017, when epic titles like Mass Effect: Andromeda and Read Dead Redemption 2 come out.

Just imagine how fantastic those two are going to look in 4K. I think that answers the question.