If you live in an area that hasn’t seen snow in years, or you want to immerse yourself in experiences that “fit the season”, there are some great games you could play this Winter! Below we’ve listed some of our favourite titles that may not necessarily be filled with holiday celebrations but feature a lot of beautiful Winter environments and could be fun to play this time of the year. 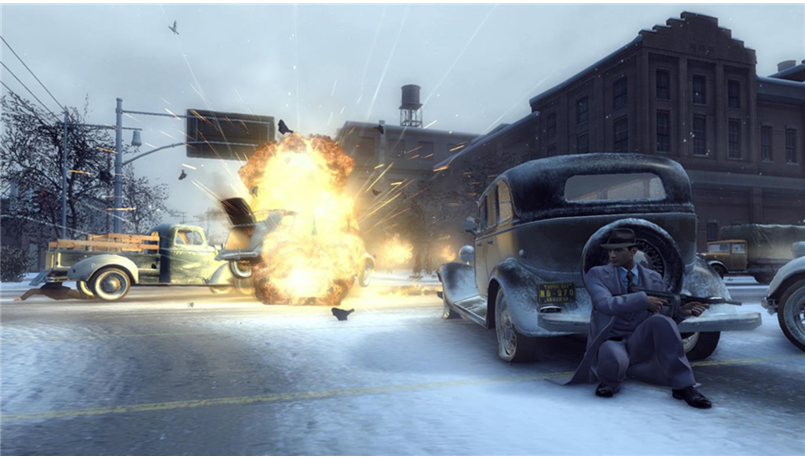 When Mafia II originally came out, the general opinion was that it failed to live up to the legacy of its predecessor. But today, 8 years later, it has stellar reviews on Steam and many people look at it with nostalgia. At its core, it’s simply a great story about a veteran coming back to America and getting himself involved with the Italian mafia. As Vito Scaletta returns to the snow-covered Empire Bay, he’s welcomed by the song “Let It Snow” playing on the taxi radio – the Winter atmosphere follows you through a large chunk of the game, and later, when Summer finally comes, you may have to re-learn how to drive on roads that are not covered with ice. 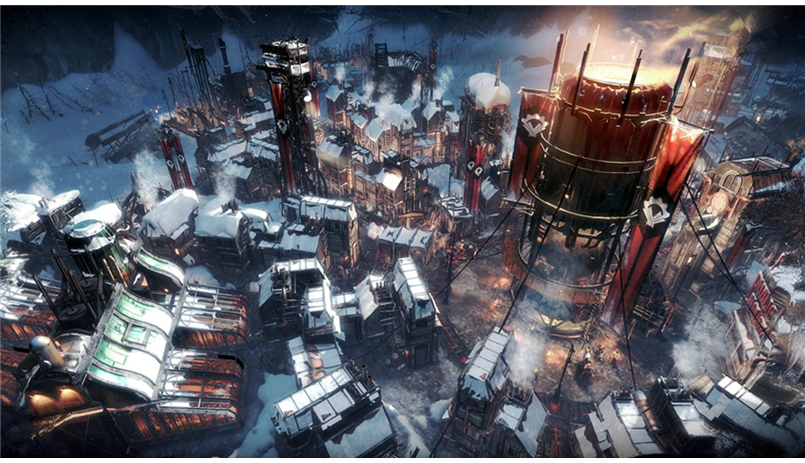 Set in a post-apocalyptic frozen world, Frostpunk is a challenging and at times stressful city builder/survival simulator. Your goal is to set up the last city on Earth, manage the scarce resources available to you, and ensure that at least some of the population survive. Whilst overseeing your colony, you’re likely to face decisions where neither outcome will be positive, nevertheless you’ll still have to make them. So if you’re fed up with fairy lights, sickly sweet festive  tunes and tinsel, this game will really show you what a tough Winter looks like. 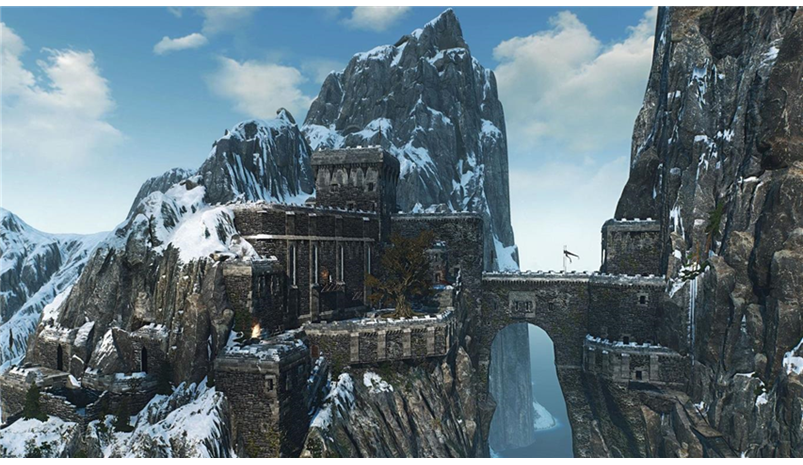 At this point, I don’t think anyone needs convincing that The Witcher III: Wild Hunt is a truly amazing game. It features incredible storytelling, challenging combat, and breath-taking locations – from creepy swamps and lush forests to snowy mountains. What interests us for this article is the latter, and the majority of Winter-themed environments in The Witcher III can be found on the Skellige Isles. If a trip to  Scandinavia is not possible this winter, then a visit Skellige could be a nice alternative. 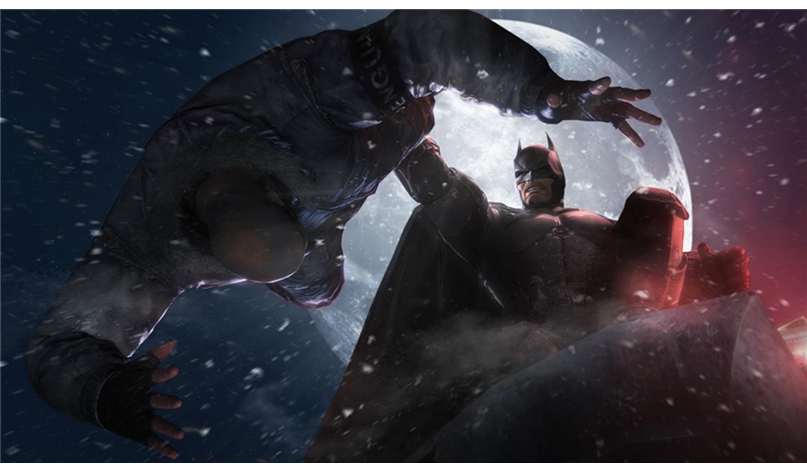 Batman: Arkham Origins is a prequel to the whole Arkham series, which is a great reason to try it out especially if you love fighting games… or just Batman games. Set in the middle of Winter, before Batman is a well-known superhero, this is a classic Christmas tale about a man in a strange bat suit attempting to save the city from villains, who are dead set on claiming the bounty on his head. 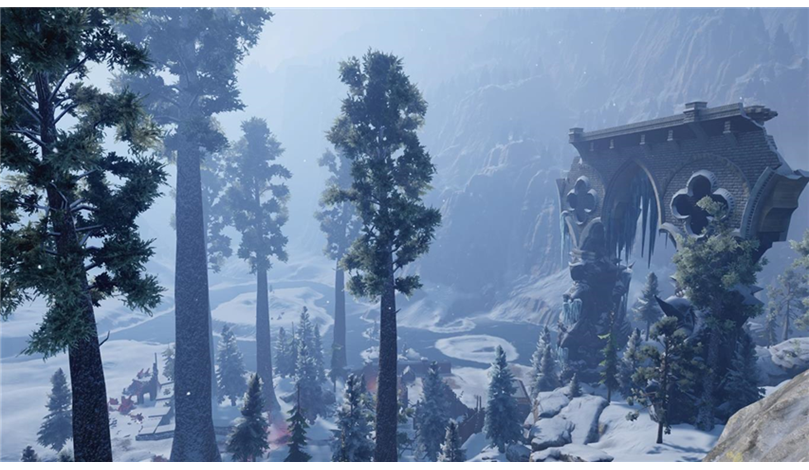 Dragon Age: Inquisition certainly wasn’t the best received title amongst fans of the series, and it certainly does have some flaws, but overall it’s still a rich and massively immersive roleplaying game. There are two Winter-themed locations to see when travelling through the world of Thedas – Haven, which you’ll discover at the very beginning of the game, and Emprise du Lion, a much larger, and much more dangerous place that unlocks later in the game. If you don’t mind a bit of MMO-style gameplay in a single player game, what awaits you is a compelling story, a decent chunk of which is set in beautiful, snowy environments. 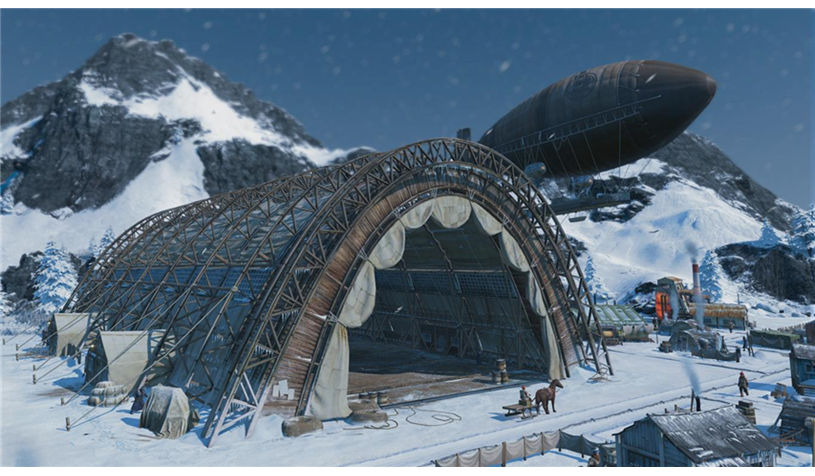 Anno 1800 is the latest instalment in a long series of city building/economy management games, and many consider it a return to form for the Ubisoft-owned German developer Blue Byte. While the base game is set in moderate and warm environments, the latest DLC called “The Passage” introduces you to much colder zones, that involves creating an outpost in the frozen north. While this expansion is not as tough as the aforementioned Frostpunk, it adds multiple new gameplay elements and mechanics to worry about when expanding your island empire. But most importantly, it adds snow… and airships! 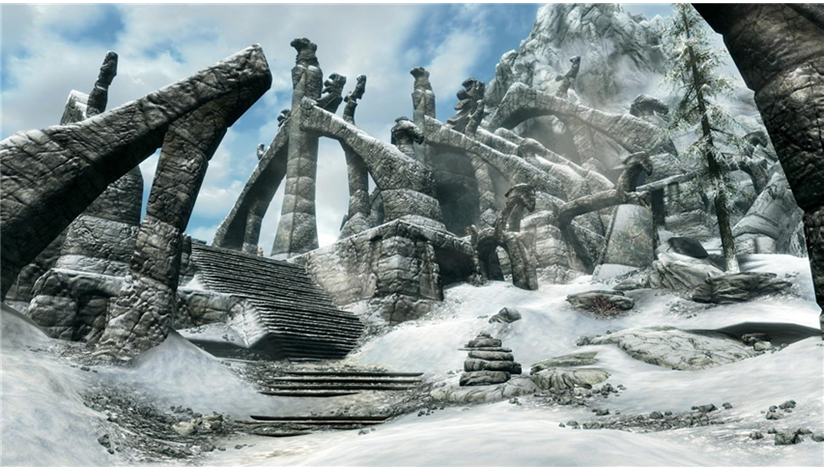 Well… obviously we had to finish with one of the biggest games of the last decade, which since its premiere in 2011 has been released on pretty much everything save for smart fridges. But despite all the Todd Howard memes and any missteps Bethesda has made over the last few years, Skyrim remains a genuinely amazing roleplaying game. Above all, it’s filled with snowy mountains, ice caves and breath-taking landscapes, so if you need a large dose of Winter atmosphere in your life, this is a title you can always return to.