The notion that “there are no strangers at BlizzCon, only friends who haven’t met yet” perfectly encapsulates this event, which could well leave you bleeding Blizzard blue for the rest of your life. And Virtual Ticket, as great as it is, is nothing compared to the real thing. Trust me, I was there this year.

Have a great BlizzCon, be good to one another, have fun, welcome home

Officially, BlizzCon took place November third and fourth, though it actually started a week before that and ended days later. I arrived in Anaheim the day before the opening ceremony and the whole Resort was already living the Con life. The streets were teeming with fans and cosplayers and there were Blizz parties everywhere. The hype was real indeed, and the magical moment when you stand in front of the Anaheim Convention Center, adorned with all manner of Blizzard banner really brings it all home: You are a part of the noise, the color, the hoopla—the it of it all. Welcome home.

This year everything was bigger and better. The Anaheim Convention Center grew by one spectacular new building, meaning there was room for more panels. The craziest moment of the event is, of course, the opening ceremony. You find yourself in the middle of an insane wave of people scrambling to take a seat. 30 000 people at the venue, millions in front of their PCs. And when the countdown starts, you’re gone – you count with the crowd, cheering and screaming. The whole vibe of the opening ceremony is incredible, you are just mesmerized by it. 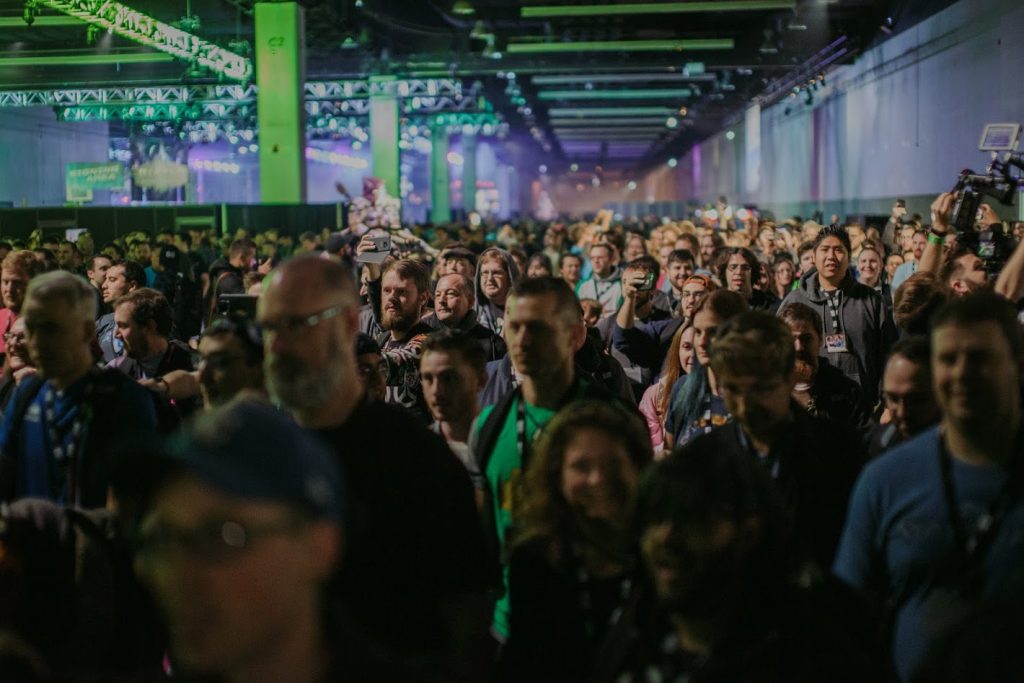 This year the model of the ceremony was a bit different. It commenced as it always has, with Mike Morhaime, co-founder, president and CEO of Blizzard Entertainment, on the main stage. He passed the mic to Kaeo Milker, Production Director of Heroes of the Storm. This was followed by a virtual jump to Hearthstone stage, where Ben Bode talked about the new expansion for HS, before taking us on a quick quest to find legendary treasure, and choosing how it plays out. Navigating the ceremony interactively, you aren’t just a spectator, you are active part of event, and it’s a blast.

Another virtual jump and off we go to Overwatch Arena where Jeff Kaplan takes over. “Have you ever imagined what a Blizzard theme park would look like?” Oh Jeff, you have no idea… And we’re back on the main stage with J. Allen Brack for the last bit – World of Warcraft. I was wondering how this would work out and I have to say, it looks like the months of preparations that went into it paid off. It was perfect. The first of the major announcements concerned StarCraft II. The biggest was of course that a free-to-play model will be established for all aspects of the game. We will also be getting a new Co-Op – Mira Han and Matt Horner, while fans of esports can count on new seasonal content in War Chest.

All the rumors for Heroes of the Storm were confirmed—Hanzo and Alexstrasza will be joining Nexus! The Gameplay Update announced is also something to look forward to. One of the most interesting changes we will see is performance-based matchmaking, which should be much more accurate than the current system.

Hearthstone announced its new expansion, Kobolds & Catacombs, which will take us into the dungeons beneath Azeroth. It will also bring us Dungeon Runs, a new single-player mode. Its first three bosses were playable at BlizzCon and they were a lot of fun. This is my mode! Also each class will get its own set of legendary weapons.

Overwatch made my dreams come true, even if just virtually – it announced Blizzard World, the newest hybrid map, which will come in the form of an amusement park. For me personally this was the most exciting bit of the whole opening ceremony. A new hero, Moira, was announced and the trailer for Reinhard, “Honor and Glory”, was the cherry on top. During the weekend we also learned about the launch of the Overwatch League.

World of Warcraft was the thing everyone was waiting for. The first big announcement was about Vanilla servers – a World of Warcraft Classic. When? Soon(™), though Blizzard has only just started hiring for the project. And finally, the new WoW expansion, Battle for Azeroth drive the crowd into a frenzy. The weekend also brought news of other things – the return of class buffs, class-specific utilities, 6 Allied Races… Some of those bits were available for testing at BlizzCon and they look really promising.

All Blue esport paths led to this. The finals! Rogue took the title in the StarCraft II World Championship Series Global Finals. Heroes of the Storm Global Championship, won by MVP Black, had people going nuts, I think this was the loudest section of the whole Con. ABC won the World of Warcraft Arena World Championship while South Korea dominated the Overwatch World Cup. The Girmestone Grifters won the Hearthstone Inn-vitational, which was really cool, as was the entire Hearthstone esport stage. HS was this year’s winner for me in esports. 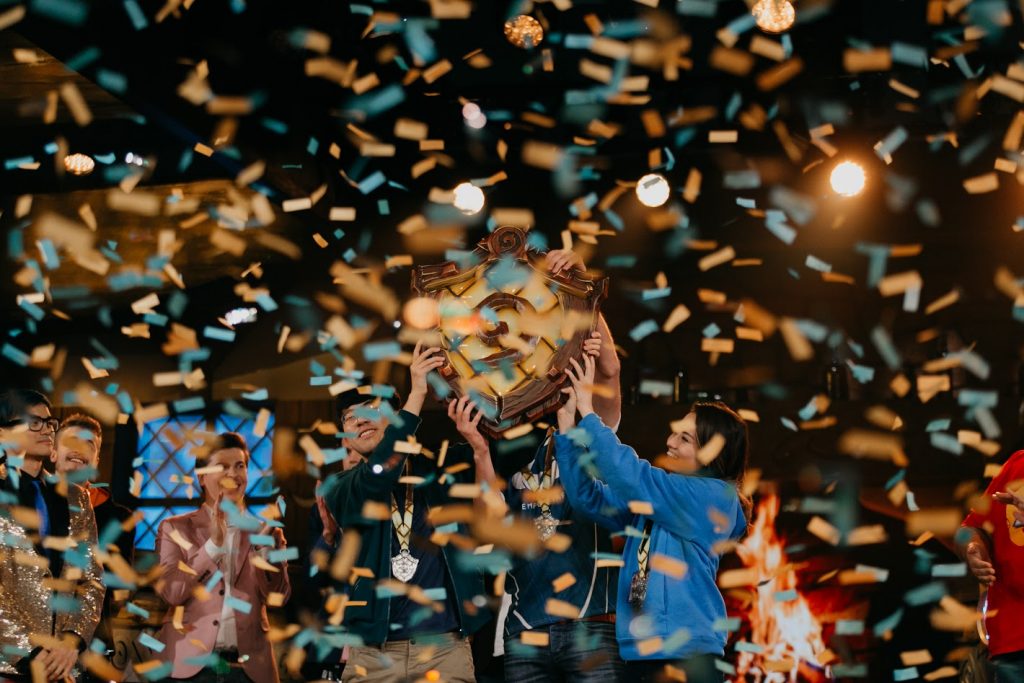 Now that I didn’t expect!

BlizzCon is full of surprises. Every panel is good, but sometimes something you never expected to be awesome turns out to be just that. I had two such cases. The first was Community Night with Chris Hardwick. I am not a huge fan of this segment, mainly because of the lame hosts, but Chris was a nice surprise. Seeing over 90 of the cosplayers gathered backstage for this event was amazing. All cosplays were great but I instantly had my own favorite – Hyperion Armory as Jim Raynor. Wow, just wow. I had a chance to talk to the whole team behind this project and you should definitely check them out. Such attention to detail and complexity of the project! Hyperion Armory was awarded with 2nd place while 1st went to the amazing Hogger. Jay the Tavern Bard won the talent contest. The conversation I had with him revealed what a nice guy he is. Will we see him one day in Azeroth as NPC? The crowd said yes, and Blizz said maybe. Another big surprise was the CodeCraft panel. I knew it was going to be good, but I didn’t expect it to be as excellent as it was! 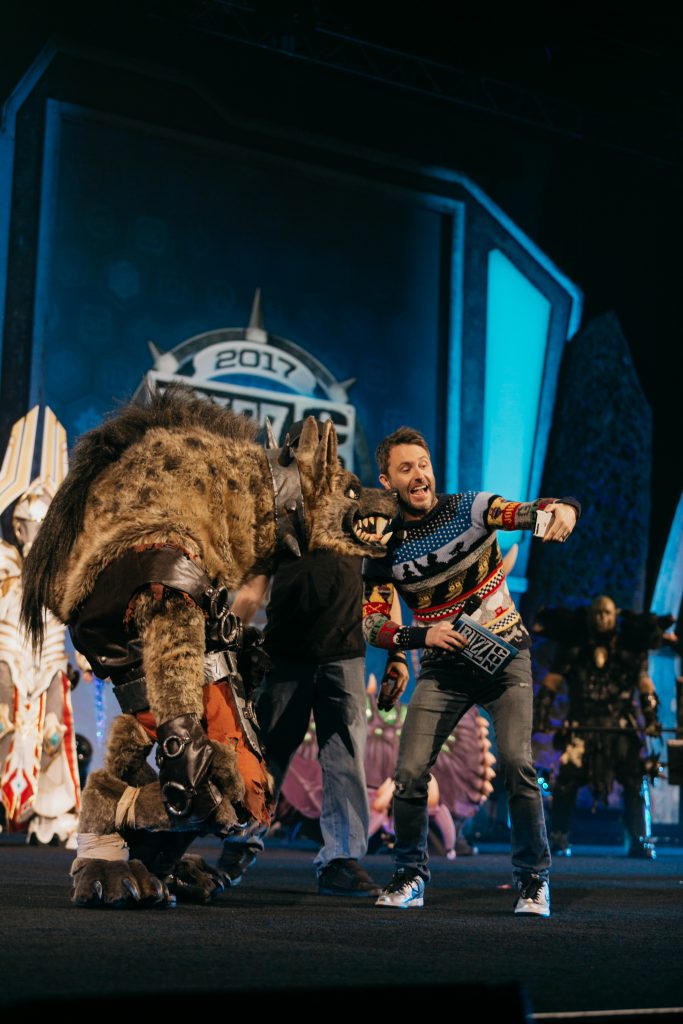 So how was it?

Amazing! Breathtaking! Emotional. Too short! Exhausting. I was really tired at the end. The new building was nice, but you had to run through the venue from one end to the other to make it on time to all the panels. And trust me, running through a crowd of 30 000 people is no simple task. Next year it would be nice to have a three-day event instead, with longer breaks between the panels. There’s just not enough time to see everything, even if your plan is the very essence of efficiency.

Finally, one thing I really didn’t like was the security – if you left the building, you weren’t always able to go back in the same way. Going around the building was a faster way of getting to other panels but the time you gained this way was wasted at security checks. Maybe next year someone will come up with a better solution. Having a bigger outside area or using wristbands once you get in for the first time are two solutions that jump to mind.

Those complaints aside, when BlizzCon ends, it takes you a moment to realize the party’s over. Winding down takes ages, the hype keeps you going for days. A magical place and a magical time. I want to go back!