Is a curved monitor the ultimate PC gaming upgrade?

There are several ways that you can boost the intensity of your PC gaming experience.

Get yourself an Oculus Rift or an HTC Vive and you can play Elite: Dangerous in immersive virtual reality. Buy a decent HD projector and you can explore Mass Effect: Andromeda on a cinematic 118-inch screen.

Multi-monitor setups are all the rage these days too. AMD Eyefinity technology can support up to six DisplayPort monitors on a compatible RX Series graphics card if you want to play Overwatch in super-widescreen.

They’re all good solutions. But consider the curved gaming monitor instead. Something like the Acer Predator X34. It won’t make your head sweaty or give you nausea, it’s more convenient than a projector and often cheaper than buying three HD (or 4K) monitors.

When curved displays first appeared, many cried ‘gimmick’. But curved HD TVs arguably failed to catch on because you don’t get any benefit when you watch one sat six feet away on your sofa. The effectiveness of a curved screen is only revealed when the viewer is sat in exactly the right place.

The right place is in the centre of a circle, of which the curved display is just a part. So where a curved telly fails, a curved monitor that you sit much closer to can impress.

“Running games like Doom at a 21:9 aspect ratio is also a whole new experience;” wrote Ben Kuchera, after he went hands-on with a gaming PC built into a 34-inch curved WQHD monitor. “Being able to see things in your peripheral vision helps you to feel much more locked into the game’s experience. It’s a neat middle ground between a standard monitor and virtual reality.” 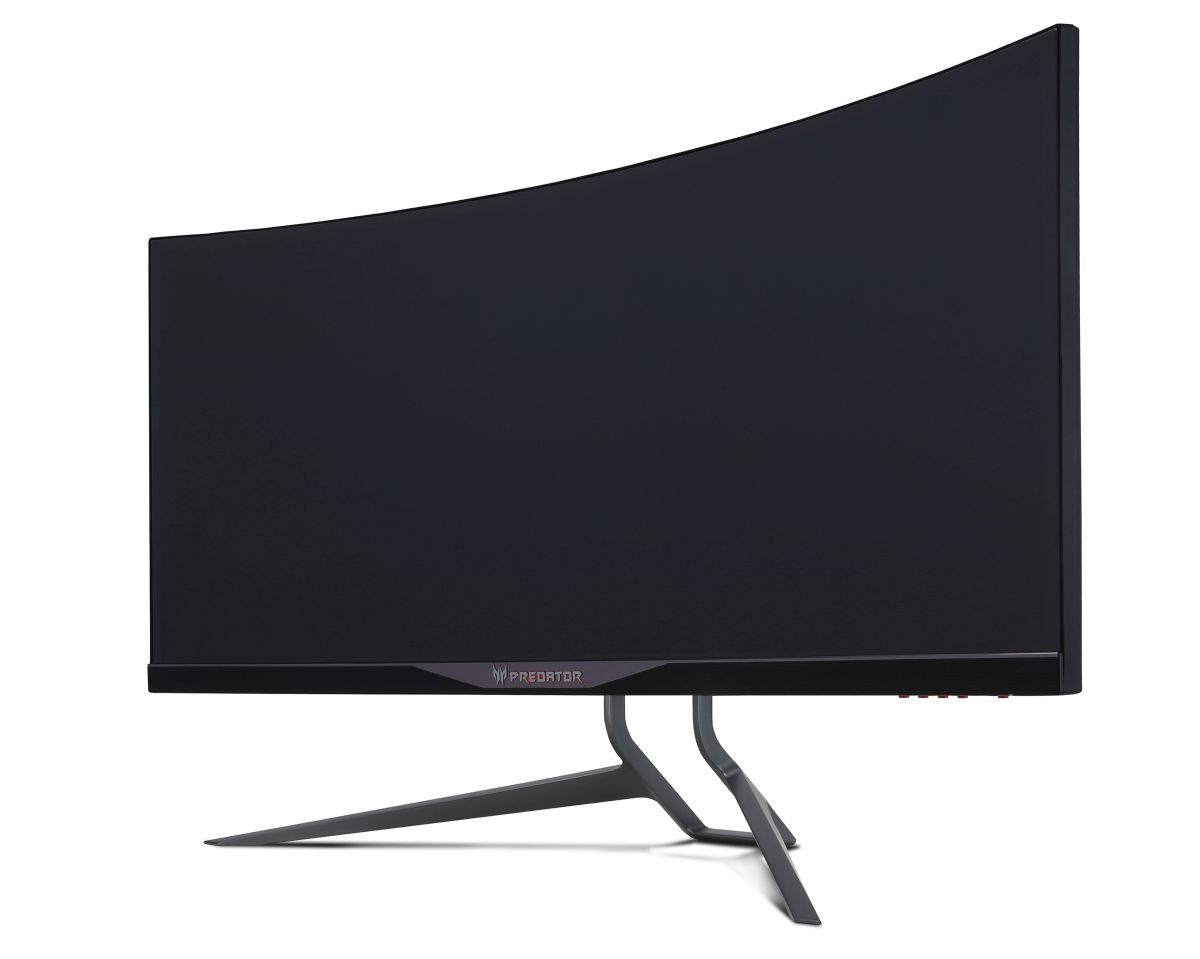 Is a curved monitor worth the upgrade? The Acer Predator X34 just might be.

The Verge’s Vlad Savov could also see the appeal. “Multi-monitor gaming has never proven its value in my eyes,” he said, “as I tend to find myself just focusing on the middle screen at all times. But with the curved LG monitor, my eyes were roaming and exploring with a freedom I hadn’t previously experienced. It was a subtle difference, but it was a real one — and it made the experience feel downright luxurious.”

Considering that the first curved screens were launched back in 2013, manufacturers have had four years to improve the technology and, more importantly, get the price down. While Samsung and LG led the charge, you can now purchase bendy panels from Acer, BenQ, ViewSonic and Dell.

Of course, there’s a slight catch. Running desktop apps on a curved monitor looks distinctly odd at times, almost as if your screen has warped. But fire up a game like Battlefield 1 or Gears of War 4 and a curved monitor can bring it to life like no flat screen can.

A curved monitor might not be the ultimate PC gaming upgrade, but it offers an affordable and immersive alternative to a VR, projector or multi-screen setup.