Throughout the year there are regular updates to the AMD drivers with constant performance improvements, tweaks and bug fixes. But once a year there is a major driver update that introduces a plethora of new features. The AMD Radeon Software Adrenalin 2019 Edition is just such a release.

Today, courtesy of the Radeon Technology Group, we’re going to take a look at what this release brings to the table.

Adrenalin 2019 is not focused on performance increases, but rather on implementing a vast array of new features. It offers up to 15% performance gains over the previous annual release of Radeon Software Adrenalin Edition drivers. This has been achieved by constant and incremental driver optimizations throughout the entire year.

Over the course of  be sure to expect further FPS gains and improvements. For now, though, let’s put performance aside and see what are the new functionalities Adrenalin 2019 has to offer.

AMD has upgraded its existing Radeon Software functionality and implemented new features with community feedback in mind. There are intuitive solutions both for gaming veterans and PC newcomers, while content creators should also find something to their taste.

I’ll begin with a brand new set of features that should please those who are all about having fun playing and don’t need to know what each graphic quality setting does. AMD has introduced a set of three advisors.

Radeon Game Advisor – Turn it on and it analyzes the game’s performance. After being fed with performance data, it tells you which game settings to change if gameplay isn’t fluid enough for your tastes.

Radeon Settings Advisor – Automatically recommends system and display settings for the optimal gaming experience that can be deployed with a single click.

Upgrade Advisor – Recognizes the games that are installed on your PC and analyzes if your PC meets the developers’ requirements. In case it doesn’t, or barely meets them, the Advisor offers CPU and GPU hardware upgrade suggestions.

Automatic overclocking can be applied both to the core clock and graphic memory clock. After you choose the option you want, the software sets faster clocks that should be stable. This is a great option for less experienced overclockers’, looking for better performance without the tinkering. Bear in mind AMD’s policy, though, that any form of overclocking voids the warranty and is done at your own risk.

For now, all of these options work only for Radeon RX Vega cards, but don’t be surprised if in the near future this functionality becomes unlocked for all Radeon RX cards. For now, the latter have been given extensive control of fan curves and zero RPM mode.

Advanced users can also finetune the timing of graphic card memory. This can be particularly handy for the professional use of the cards and programmes that respond well to specific timing configurations.

Mobile app for Android and iOS can now be controlled by voice.

As the graphic below shows, AMD Link has multiple hardware monitoring and gameplay streaming/recording capabilities.

If you’d like to, you can always just keep operating the app manually.

ReLive has  functionality that helps keep down the amount of additional software you need while streaming.

But there is even more.

The last but not least of the new features is Radeon ReLive Game Streaming. This solution lets you run games or movies on your PC and then stream them to Android and iOS mobile devices. Wireless VR headsets are also supported and the connection is executed with a Wi-Fi network.

The drivers come with tons of new features, and everyone will find something that appeals to them. If AMD keeps adding features and improving Adrenalin then the future is rosy for us gamers’!

May your framerates be high and temperatures low! 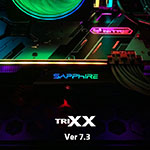 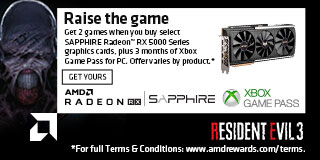