Essential Gaming Tip: Convince Skeptics to Join in on the Fun!

Forty years ago, anecdotes about defeating alien civilizations or hordes of monsters would have been dismissed in polite society as the ravings of a madman. In 2016, these are the accolades of a very satisfied gamer with continually expanding expectations. Surprisingly, skeptics about video-gaming remain. How should gamers go about recruiting them?

As difficult as it is to believe, there are still people who are skeptical of the enthralling nature of video games. Perhaps you have loved ones who can’t comprehend why you would play these games when you could be spending time with them instead. How will you convince these naysayers? Sure, there are plenty of gaming tips out there in a variety of media, but where are the tips about negotiating a social life while preserving your hobby? Here’s a solution: instead of giving the people vying for your attention the frank assessment that they are boring in comparison, entreat them to read this article, which will serve as a primer to the uninitiated. I will cogently demonstrate that video games have the potential to provide benefits beyond sheer entertainment: they may in fact help shape happier, more attentive and well-adjusted members of society.

In the first place, there is now empirical evidence that confirms what I have known and experienced for years: video games can help reduce stress. Indiscretions are much easier to overlook when I have wrecked some noobs in the last 24 hours, and intend to wreck more noobs that evening (noobs need not take offense, this is an affectionate term in most circles). You are likely to experience similar effects, provided you can elude the snipers that perpetually thwart your killstreaks, or you can beat them at their own game.

In the second place, there is encouraging evidence that virtual reality can reduce depression, help treat PTSD in veterans, and help improve cognitive function in seniors. As a gamer, your patronage is spurring this kind of innovation- you are on the right side of history. Help the misguided people in your life see the light.

Finally, as a rebuttal to the claims of some prominent critics of video games, there is no evidence that violent video games cause aggression or sexist behaviors- indeed, the rate of violent crimes in the United States has declined as video games have risen in popularity. Although it wouldn’t be accurate to attribute this decline to video games alone (without further evidence), I will go as far as to say that I think I do a public service whenever I wreck noobs, and you should join me in this noble pursuit.

On a more serious note, all of these arguments are superfluous if you approve of the constitutional provision of the right to pursue happiness. I have simulated surviving the apocalypse, exploring wastelands and distant planets, stymieing waves of zombies, building civilizations, and saving humanity from numerous existential threats. I have been thrilled, shocked, awed, inspired and, most importantly, entertained. But these games are not just entertainment- they can captivate the imagination as any compelling art can. Video games are an art form, and all available, credible evidence suggests that they have benefits to gamers and the people that interact with gamers.

On that note, I will remind you that there are monsters that need slaying, civilizations to subdue, noobs that require wrecking, and beautiful vistas to be explored. You have an obligation to get as many people as possible to join you in these noble ventures- the world, and many other rich, virtual worlds at your disposal, will be all the better for your effort. Get to work! 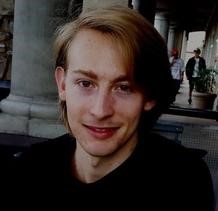