Is your PC Gears of War 4-ready?

Gears of War 4 is one of 2016’s biggest releases, a return to the blasted world of Sera, its embattled COGs and resilient Locust hordes.

By all accounts, the game looks good on Xbox One. But, as Ars Technica points out, “the game’s best performance — with higher settings and resolutions, still easily locked at 60fps — can only be yours if you have a moderately powerful Windows 10 PC.”

What does that mean in practice? While you can run the new Gears of War 4 on a PC with an AMD FX-6300 or 3GHz Intel i5 3470 processor, a Radeon R7 260X, 8GB RAM and 80GB free disk space, it should be considered a bare minimum spec. The game also requires the Windows 10 Anniversary Update. 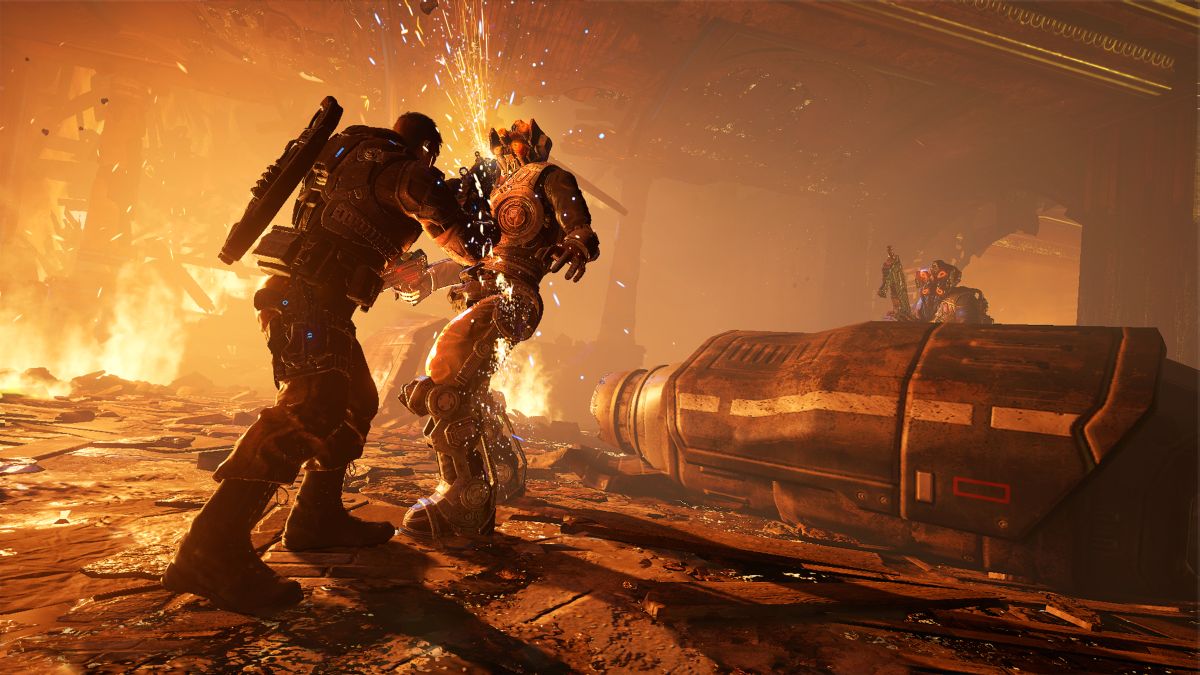 A top-end card like the Fury will make the most of Gears of War 4’s extensive graphics options, which allow you to scale the visuals up to 3840 x 2160 at 60fps (if your PC can handle it), adjust character texture detail, draw distance, light scattering and lens flare. Whatever PC you have, you can fine-tune Gears of War 4 to make the best of it.

Ars Technica reviewer Sam Machkovech sums it up: “The more pixels you can render on your display, the cooler all of Unreal Engine 4’s tricks look.”

In fact, the results can be stunning. “From kinetic set pieces that feel ripped from action adventure franchises like Uncharted to quieter moments often pierced by brilliant storms in the distance, Gears of War 4 stands next to any other release this year,” said Polygon’s Arthur Gies. 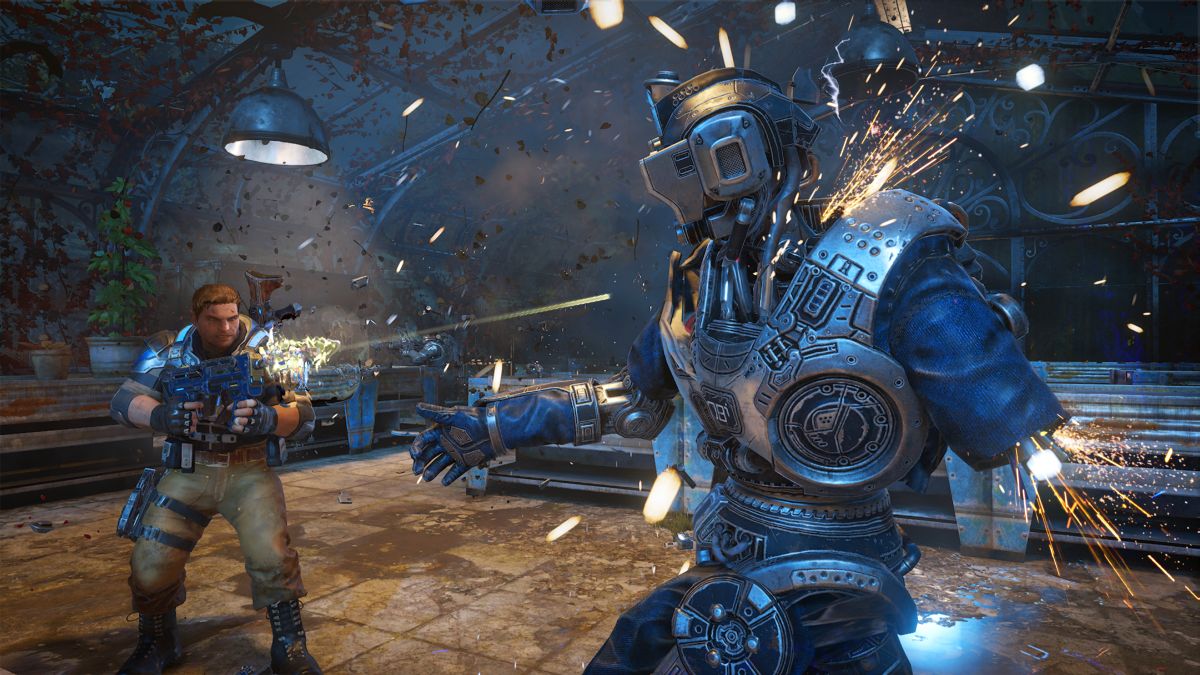 “The pinnacle of spectacle for me,” wrote Robert Zak on PCGamesN, “was being pulled up at 100mph on a cable towards the giant burning gears (there’s a lot of coggy, geary imagery in this game) of an elevator. It was mechanically simple, but quite possibly the most jaw dropping 60 seconds I’ve ever experienced in a game.”

The best PC port by far

Gears of War 4 has a lot going for it. There are new characters to control (Marcus Fenix’s son, JD) and new enemies to fight (the ‘Swarm’); new weapons to try (the buzzsaw-firing Buzzkill) and a new Horde 3.0 multiplayer survival mode (with split screen option). The Coalition has taken the best of previous Gears games and delivered a safe, enjoyable sequel.

Yes, the campaign might be short, but the multiplayer modes have surprising depth and will keep PC players coming back for more.

“This is the best PC port Microsoft’s put out so far,” said Hayden Dingman in his review on PC World. “Better than Forza Horizon 3, better than ReCore, and certainly better than Quantum Break and the disastrous Gears of War: Ultimate Edition.”