Good news for everyone planning to upgrade their PC in the coming months! We are happy to announce the start of a new AMD Raise the Game bundle for selected graphics cards from the SAPPHIRE RX 5000 series! This new promotion will get you up to two major games and a three-month access to Xbox Games Pass for PC. Offer will vary by product.

First, let’s have a look at the amazing games and services included in the promotion:

Resident Evil 3: A remake of the classic 1999 survival horror game Resident Evil 3: Nemesis from Capcom where Jill Valentine, a former S.T.A.R.S. officer, is trying to escape Reccoon City during the T-Virus zombie outbreak. The game has been reimagined with cutting-edge graphics and gameplay, and will release on April 3, 2020. 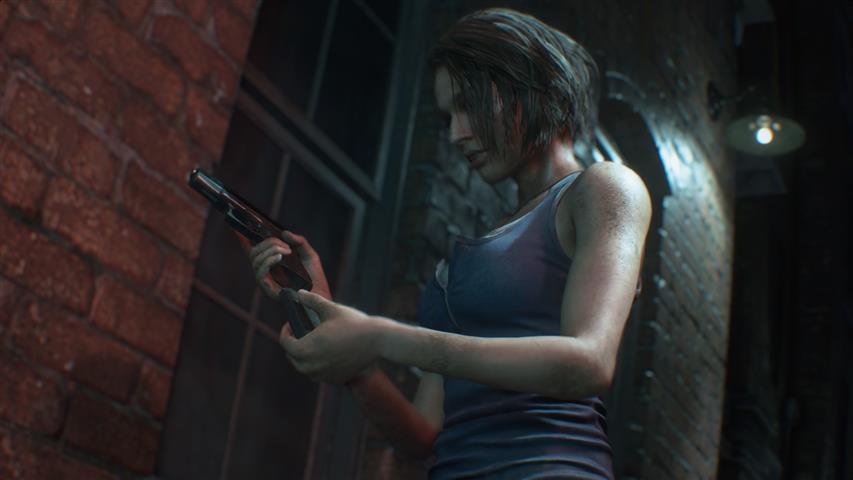 Become a Ghost in Ghost Recon Breakpoint and fight back against your former brothers in arms turned rogue on the mysterious and diverse island of Auroa. This new installment in the Ghost Recon series launched on October 4, 2019.

The promotion applies to the selected SAPPHIRE cards from both the NITRO + and PULSE RX 5000 Series purchased from February 4 until April 25 this year. With a purchase, you will receive one of the following bundles:

NOTE: Please make sure the store you’re planning to buy the card from is participating in the promotion. Look for the promotional signs on the store’s website or contact their support before purchasing. Head over to https://www.amdrewards.com/terms for the full details of this game bundle promotion and to ensure you are purchasing from AMD's list of participating retailers.

The bundle is a digital-only promotion – you will not find the key in the card’s box. Instead, it will be delivered to you by the store itself (usually via email soon after the purchase). We won’t be able to help if you’ve bought the card in a store that is not participating in this promotion.

How to redeem games

Promotional codes for Monster Hunter World: Iceborne, Resident Evil 3 and Ghost Recon: Breakpoint will be provided to you by the retailer, and you can redeem them until May 25, 2020 on the following websites:

The promotional code for Xbox Game Pass can be redeemed until June 30, 2020: 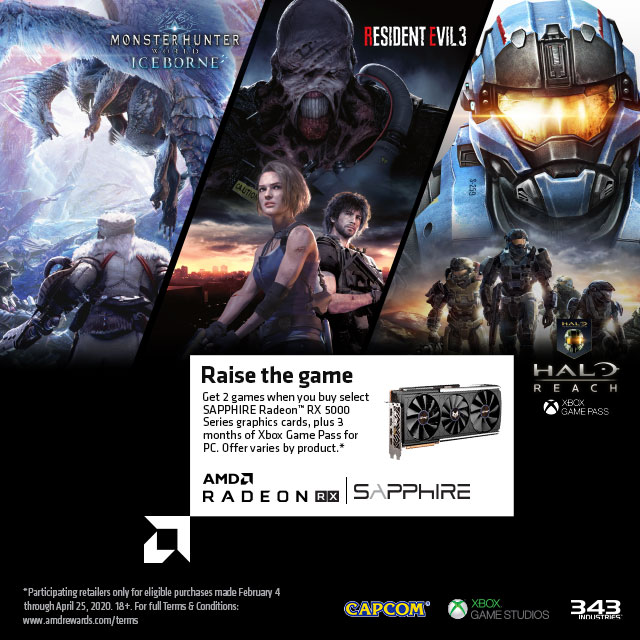