Hacking mini games have been a mainstay in gaming from early titles back in 90s to modern releases. Even if you're a casual gamer you probably encountered the hacking mini game in some form or another. Usually you'll run into a hacking mini game when you have to unlock a door, a crate with loot, or maybe a computer to extract valuable information. There are many examples thought the history of videogames. Some are downright terrible, some passable, while there are also some examples that add to the overall experience and elevate gameplay. Yet not a single one has almost any resemblance to the real world hacking, which is probably a good thing. There are many examples to choose from, but for this article we'll stick to the most notable examples.

A legendary classic from the LookingGlass Studios was ahead of its time for a lot of reasons. While it may not be the first game to feature hacking, it influenced countless titles that came after. The game featured a couple of different mini games that dealt with hacking, and even had separate levels dedicated to hacking in the form of Cyberspace sections.

One mini game tasked you with reconnecting a power circuit so that the power can flow freely from the input on the left, to the output on the right. You would usually have to do the puzzle to power up a door so you can progress. You could change the polarity by clicking on X or + symbols, with each click changing the polarity to opposite. The puzzle here is that every clickable part of the circuit is connected to others in the grid, so changing the polarity of one, would change the polarity of ones connected with the one you clicked. Even then the puzzle is simple enough as there is always a logical pattern through the grid. One of the good things about this puzzle is the fact that it's done in real time. The world won't mysteriously stop just so you can finish a puzzle, and a danger of an enemy sneaking up on you while you're trying to solve it is ever present. The other good thing is that it didn't take up your whole screen like some examples we'll talk about later in the article.

In addition to reconnecting the circuit, System Shock also featured a rewiring puzzle. It was also done in real time, took only a small portion of your screen, and tasked you with rewiring the circuit by connecting wires to slots on the other side of the grid. Depending on where you connect, the power bar would fluctuate, while the necessary power level is marked by a red line on top of the grid. To solve it you would have to connect the wires to match the power bar on top.

Then there's Cyberspace, the mother of all hacking puzzles. To be fair it's not a puzzle in the traditional form, it's more like a separate level within the game. The Cyberspace sections were notorious for their confusing layout, and when coupled with System Shock's nightmarish controls would often end in frustration. The gameplay within Cyberspace is similar to Descent, you fly through a 3D space where you collect data, fight enemy software, avoid mines, and collect software that helps you to fight and survive.

How it worked within the lore: When special electrodes were grafted into a Neural Interface, users would be able to jack into a Cyberspace Terminal of a computer network. Then the user's neurosensors would translate the data structures of a computer network into a surreal visual simulation. Users could then navigate inside the computer network to access data, open locks, and manipulate the system in different ways.

Unlike its older brother, System Shock 2 only had one simple hacking puzzle. To solve it, you would have to connect three live nodes in a row either vertically or horizontally. Each click on the single node would result in the node either successfully lighting up, or going black. In addition, depending on the difficulty of the hack the grid could feature a number of nodes with red frame. Clicking on them poses a risk since there's a chance of immediate hack failure. For example, if you were hacking a door, red node could set off an alarm, or if you were hacking a supply crate, red node could set of an explosion destroying the items you were hoping to collect, and even outright killing you if your character had low endurance.

The difficulty of the hacks depended largely on player skill, so if you invested heavily into hacking and cyberafinity skills, you had a much easier time than players who decided to spend their points elsewhere. Like in the original System Shock, the hacking puzzles are done in real time so you would have to be careful and make sure the coast is clear before starting the hack. And just like in the original, the mini game only took a small portion of your screen which is always a good thing.

The problem with all hacking mini games, no mater how fun, inventive, or well-designed they are is that they overstay their welcome by the time you finish the game. The developers of the original Deus Ex understood that back in 2000 and decided they don't really need one. Instead of a mini game they simply presented you with a progress bar. The higher your player character's computer skill is the faster you can hack into a system and the longer you can stay logged onto a hacked system. So, for example if player had an advanced computer skill, the time to hack would be five seconds, and would have additional 35 seconds before being detected by the system. Or on master level computer skill, time to hack would be 2.5 seconds, and players would have a full minute before detection by the system would occur. You'll never hear anyone say I hated the hacking mini game in the original Deus Ex. Sometimes less is more, and no matter how creative or interesting the hacking minigame could be you'll be sick of it by the end of the game, the solution presented in Deus Ex is something more developers should implement.

Fallout 3's hacking mini game is similar to Mastermind, a board game for two players. In Fallout 3, you are presented with a list of words of the same length mixed up with a bunch of random symbols. The length of the words is determined by the difficulty of the hack. One of the presented words is the correct password, and players have a limited amount of times to choose the correct one. Every time you click one of the presented words the system tells you how many letters the chosen word has in common with the correct password. If you use up all the available tries and fail to find the passwords, you are locked up from the terminal unless your player has a Computer Whiz perk. A pretty harsh punishment, but you can avoid it by exiting the hack before you use all of your tries and trying again. The mini game also features some hidden command lines which can be clicked to remove a number of false passwords, or to reset available tries. All in all, the mini game in Fallout 3 is engaging enough, but you'll still be sick of it by the end of the game, what's even worse is that Bethesda reintroduced it virtually unchanged in Fallout 4. To say it overstayed its welcome would be an understatement.

With that we'll conclude our Part one article, stay tuned for Part two where we'll explore some more notable examples of hacking mini games.

The articles content, opinions, beliefs and viewpoints expressed in SAPPHIRE NATION are the authors’ own and do not necessarily represent official policy or position of SAPPHIRE Technology.
Tweet
Marin Madunic
A long-time PC gamer with passion for single-player story driven games of various genres. Some of my favorites include old PC classics such as Thief, Deus Ex, and System Shock 2; their modern counterparts from the Immersive Sim genre, and a host of western RPG's and FPS games from the last two decades and beyond. 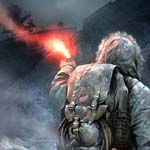 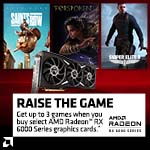 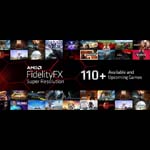