Interview: Ivan Marusic from One Game Agency on Dota Pit, Counter Pit and the future of eSports

We’ve had the pleasure to talk with one of the most passionate representatives of the vibrant eSports community. He’s currently not a pro player, though. He’s not a caster or coach. Hear from the man behind the One Game Agency – organizer of Dota Pit and Counter Pit Leagues. 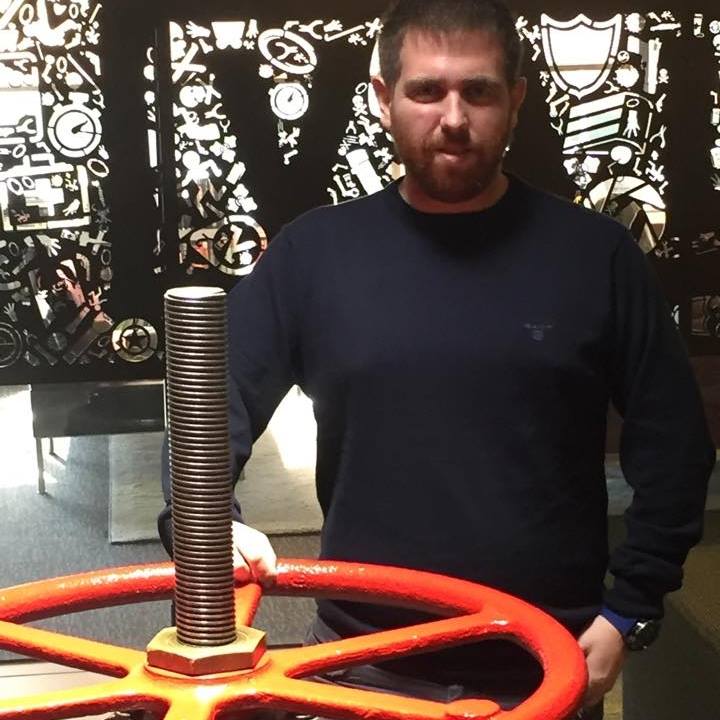 SAPPHIRE Nation: How did the One Game Company came to be? What are your eSport roots? Tell us a little bit about your beginnings.

Ivan Marusic, One Game Agency: Greetings, first of all, I am thankful for your interest to do an interview with me. I am Ivan Marusic and I am a founder of One Game Agency. I am 29 years old, and I come from Croatia. Glad talking to you!

One Game Agency started as a company just before Dota Pit League Season One begun and our initial goal as organizers was to host best eSports events on the scene. Obviously, due to the amount of events and organizers, this was a hard goal, especially since our first event was semi-professional one, with $3,000 prize pool.

Years passed and our events became globally recognized, people started to respect them more and more. I believe this happened due to significant success of Dota Pit League Season 3 – with top teams participating and the fact that we paid out tournament winners instantly.

Another reason for a success lies in a fact that our team consists of people that understand eSports and have roots in it for quite some time. Personally, I used to be professional gamer. I do believe that it helps a lot when someone, who was a player, becomes organizer. This way, you can understand what players truly want, and what general problems for tournament organizers and players are.

S.N.: What were some of the biggest highlights from the last season of DotaPit and CounterPit?

It is very hard to discuss highlights, because there were too many good moments that occurred during those events, but if you ask me, I believe that one of the biggest moments in our events were good results coming from PENTA in Counter Pit and NIP success in Dota Pit.

“Initial prize pool of Season 3 has grown from $80,000, to $265,000 by community contributions, which made latest Dota Pit tournament the highest-funded online-only event ever hosted in DOTA 2.”

From the organizer standpoint, the biggest success was the number of viewers we attracted to our events and the fact that the community recognized the quality of Season 3 and the work we put into it. Initial prize pool of Season 3 has grown from $80,000, to $265,000 by community contributions, which made latest Dota Pit tournament the highest-funded online-only event ever hosted in DOTA 2.

S.N.: From your perspective, how do you see a role of tech companies like SAPPHIRE or AMD in an eSport field?

I.M.: In my opinion, companies such as AMD and SAPPHIRE Technology are a perfect fit for our events and their role as a tournament partner feels 100% natural for these kind of activities. Reason behind this lies in a fact that every single player or viewer is a fan of a game, and generally, those people are customers that will recognize AMD’s or SAPPHIRE’s products promoted during the event.

Another reason for them feeling like a natural part of this ecosystem is that DOTA 2 and CS:GO have huge communities and both games are being well optimized, which means that everyone who plays these games can select one product from the huge palette of AMD’s or SAPPHIRE’s portfolios to upgrade their rigs and have better experiences.

We have already noticed that plenty of users who watched our tournament matches have already started talking about RADEON series, or AMD’s APUs and GPUs generally. This proves the fact that such tournaments are indeed a great way to promote technologies and hardware coming from both AMD and SAPPHIRE Technology.

S.N.: As the event organizer and coordinator, how does your typical “match day” look like? What are some of the things done behind the scenes that are perhaps not obvious, but really important, that you take care of?

I.M. Event organization takes a lot of time, especially now when Counter Pit and Dota Pit upcoming seasons are going to feature LAN finals. However, if we are talking about specific match day, there is a lot of planning to be done in order to run match perfectly. Simultaneously we need to plan the promotion for every specific match in order to attract as many viewers as possible to enjoy it.

In addition, there are plenty of things that can go wrong during the match itself, so we always feel a bit stressed, but we do enjoy it because solving an issue in real time is a challenge, and it makes us happy, especially when new issues can occur at any time, and you need to act quickly. Solving these is satisfying.

Beyond problems just being a challenge, they make our whole team to breathe as a single person, and make us all better friends. Our team members do understand both games and usually we do meet 2 hours before the competition starts to discuss everything in details, especially potential issues. Once the match is over, we celebrate it, especially if we beat the previous viewership record numbers.

Basically, you never know what will happen, but usually the outcome feels great and bring us closer to each other. This makes me extremely proud of my team, that we all at the end simply become even better friends.

S.N.: What do you think has helped you the most in running the Pit tournaments and growing them into such enormous initiatives? What kind of skill set it required from you? What did you have to learn, and what or who has inspired you most?

I.M.: Well, this is very hard question, and I truly don’t know a correct or full answer to it.

I believe that being a professional player was the most important lesson I had before starting Pit series. Besides this, understanding both communities is very important, especially since Counter Strike community is quite different to DOTA 2 one.

“I believe that being a professional player was the most important lesson I had before starting Pit series.”

Another important moment in order to organize good events is to understand DOTA 2 item creation process and the general desire of what kind of products the community wants. If you do good sets / single items, you can attract more and more people to become fans of your work, which at the end results in better community contribution, bigger prize pool and viewership numbers as tournament obviously becomes more attractive (due to prize pool and top teams battling for it).

I believe that nothing is being done by skills or knowledge of one person. Our whole team knows a lot about both games and everyone has a different skill set. Very important part of successful organization of our events are artists as well. I would like to use this opportunity to address all the artists that worked with us in the past. I am extremely thankful for their work and would love to congratulate them for all the work we have done together and the success we achieved.

S.N. You’ve announced already that the next seasons of your Dota- and CounterPit leagues will conclude at a huge offline event in Croatia. This seems like a huge next step for you. How do you feel about this? Can you tease anything regarding the event? What can eSports fans expect from it?

Well, Dota Pit League Season 4 and Counter Pit League Season 2 are projects of my life. Again, it’s not only me, but my whole team is making this possible, along with all the artists we are collaborating on those events with.

We have started working on it back in February 2015, and we will be soon announcing both events that will feature big LAN finals in Split, Croatia. LAN finals will take place starting on March 17th, 2016, and will conclude on March 20th. Whole event will take place in Spaladium Arena, 10,000-seats venue. We are very happy about this unveiling of our work.

Yes, this is a huge step for our team, because this kind of event is very hard to organize and takes a lot of planning and logistics to be done properly. We believe that it will be one of the biggest eSports tournaments in 2016, and our LAN finals will happen in a grand sports arena,which makes the whole thing even more attractive.

We will be announcing more details soon, such as teams participating, prize pools, exclusive item sets and tournament partners, and judging by the work done so far, I believe that fans can expect an amazing tournament to watch or attend.

My feelings are being mixed about this event, because while I am being extremely happy for us managing it, sometimes it feels really scary to organize an event of this magnitude. However, we took a lot of time in advance to work on this tournament, so I do believe that in the end we will execute everything properly.

For now I can only tell you that I keep imagining the day when I am driving towards Arena, together with the rest of team, and we are about to open the doors for fans.  (Yes, it still sounds crazy, but we can’t wait for March 17th to arrive)

S.N.: How do you think Dota and CS:GO will evolve as eSports in the next few years? What do you think were the most important factors driving the growth of those games?

Both Dota 2 and Counter Strike are being eSports titles for years now and the main reason for the success behind both titles is a great developer and the community itself. Valve had done great things with DOTA TV, 3rd party events and the economy system behind both titles, and this has resulted in many great events taking place on annual basis, attracting more and more people to watch or play the games.

In the future, I expect more and more events to happen, with the growth of semi professional and amateur scene. While it is cool to see the best of the best teams fighting for massive prize pools, it would also be cool to see minor events happening that would develop smaller teams that would fight their way to the top. Each sport has national leagues and smaller tournaments happening, so I see those kind of activities to occur in DOTA 2 and CS:GO in a near future. Those activities will develop the scene and bring more fans to it.

Thank you a lot for the opportunity to talk to you, it was a pleasure once again. See you soon, and we at One Game Agency hope that you will enjoy our upcoming events and will be part of LAN finals in Split, Croatia!

S.N.: Thank you for your time, Ivan! It was a pleasure!