The Most Memorable Video Game Villains

I love games with good storylines, and nothing enhances a story like a proper villain. Today we’re taking a look at some of the most memorable evil characters in gaming.

Plenty of games have some sort of baddies you have to fight against – from evil demons that want to destroy the world to gang bosses sending out their goons to deal with you. Sometimes they tend to be a bit generic, especially in games that prioritize gameplay over the story (which as a design decision is completely fine), but from time to time you get characters that are so unique or well-written that they stay in your memory for many years.

Below you’ll find a few of my picks for best villains. It’s not necessarily a ranking, but more of an overview of the ones that impressed or intrigued me. Of course, I’m also curious what would be your choices.

Before we meet this character in the Hearts of Stone expansion, he makes a brief appearance at the very beginning of the base game. He introduces himself as a “mangy vagrant”, gives you some advice, and even though he seems a bit odd and out of place, you quickly forget about him.

Gaunter O’Dimm, also known as Master Mirror or the Man of Glass, is a ruthless and cunning creature. He finds people in need or in danger and offers them easy solutions… but never for free. Not only will he take your soul, but his promises are often half-truths, designed to bring you even more misery. 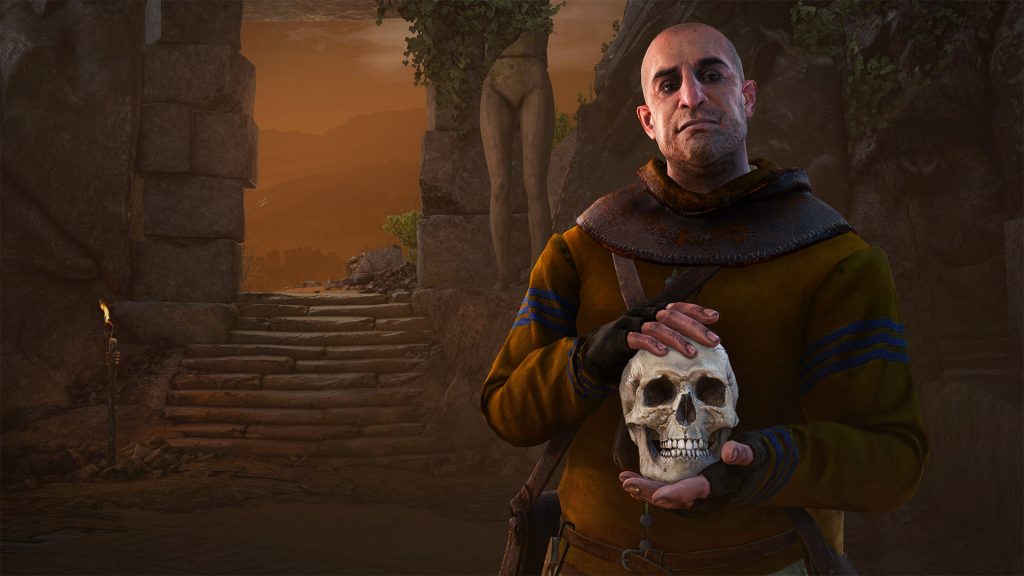 Geralt of Rivia is an exception for him – a tool he uses to get Olgierd von Everec, his previous victim, to fulfil his side of a deal they struck. Later in the expansion you find out that he’s really an ancient demon, and probably the most powerful enemy Geralt has ever encountered.

In the end, the Witcher gets to choose whether he wants to save Olgierd (who’s certainly not a good character) or side with O’Dimm and be rewarded. While the story of the expansion is inspired by the Polish folklore tale of Pan Twardowski, the villain himself is heavily based on the characters of Leland Gaunt and Randall Flagg from Stephen King’s books. With Master Mirror, CD Projekt RED has managed to create a seriously menacing and downright creepy villain.

The Lich King – Warcraft III and World of Warcraft

There are many great foes to fight against in the Warcraft universe, from evil necromancers in deep catacombs to winged demons somewhere in space, but one among them has always stood out. Even if you haven’t played World of Warcraft or Warcraft III, you’ve probably heard of the Lich King. 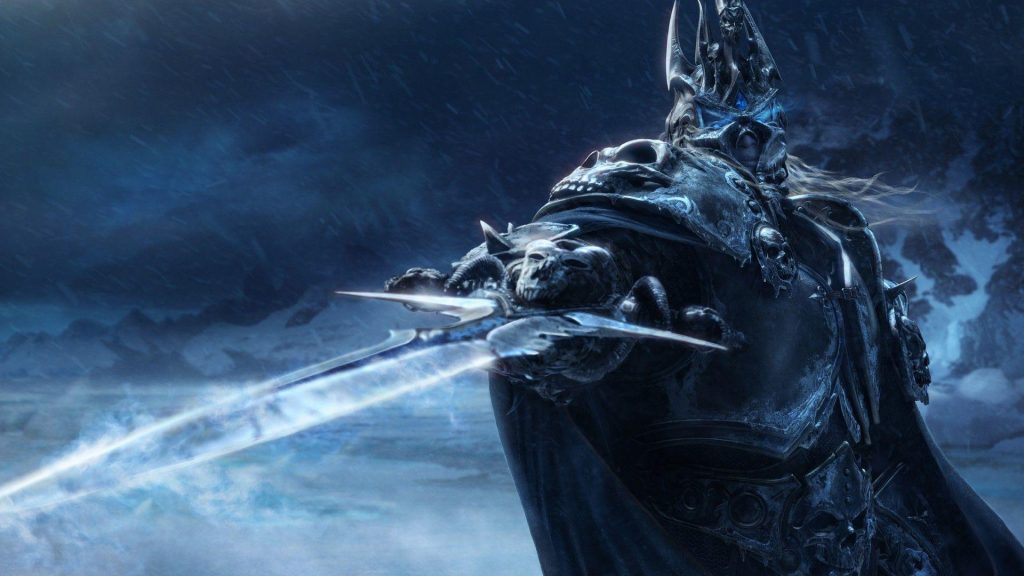 Warcraft III introduced us to Arthas Menethil, the valiant knight of the Silver Hand and heir to the throne of Lordaeron. When a terrible plague that turned people into undead started spreading across the kingdom, Arthas was the first to respond. The struggle against this growing danger fully consumed him, and soon he started to commit acts he normally wouldn’t even think of… like killing everyone in the infected city of Stratholme.

When he ventured north, he found and claimed a powerful runic sword called Frostmourne. That was the final trap set for Arthas by the true masters behind the plague, Ner’zhul and the Burning Legion. From that day he started losing his own will, submitting to the whispers of his dark blade until he became the Lich King.

In many ways, this character is a fantasy version of Darth Vader, and you might’ve noticed a lot of parallels between those two evil-doers. They both started as righteous heroes, but through rage and will of vengeance they descended into darkness. The Lich King is a truly great villain and his chilling voice will always be recognisable among gamers.

I might be cheating here a bit, because Trevor is one of the characters you play as in GTA V, but in a game where all the protagonists are criminals who have committed multiple murders and other heinous crimes, it’s fair to say that they’re all villains to a certain extent. In this case, it also depends on which ending you choose. 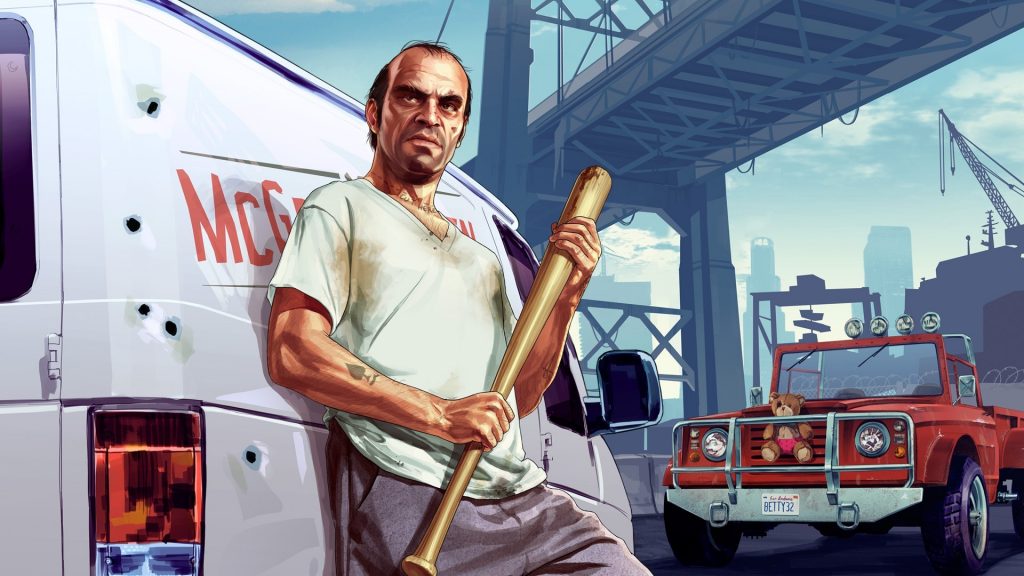 Trevor is a friend and partner in crime of Michael De Santa. He’s a drug addict and a psychopath, and his mental issues date all the way back to childhood. He’s extremally violent and the most unpredictable of the game’s criminal trio. In the town of Sandy Shores, he created a weapons smuggling and meth distribution business. During some missions he would go so far as to torture people or sell them to a cannibalistic cult.

With that in mind, Trevor is probably the most complex and tragic character in GTA V. The only person he seems to be afraid of is his abusive mother, and during a few rare moments of sanity he admits that he’s ashamed and scared of his own personality.

GLaDOS, the Artificial Intelligence that manages the Aperture Laboratories in the Portal series, is a murderous and wonderfully sarcastic foe, whose voice accompanies you through the numerous testing chambers at the facility. Although initially friendly in the first game, the moment Chell (the main character) began to defy her, GLaDOS quickly started to turn evil, making the death of Chell her primary goal.

After various circumstances in the sequel, GLaDOS is put into a potato battery, and we get a chance to find out a bit more about her story. For example, that her artificial mind was created using Caroline – an assistant of Aperture Science’s CEO when the place was still run by humans.

Thanks to the excellent writing on the part of Erik Wolpaw and the amazing voice of Ellen McLain, GLaDOS became one of the most lovable evil characters (if not straight up one of the best characters) in gaming. She’s often put on a par with other corrupt AIs, like SHODAN from the System Shock series and HAL 9000 from 2001: A Space Odyssey.

There are hundreds of great villains in video games, and I’m sure many articles out there have compiled them into comfortable top-ten or top-hundred lists. Without looking them up, what are the evil characters you remember – the ones you revisit because of how scary, interesting or simply awesome they were?