My Unreal story so far

Way back in 1998 a relatively small development studio, now known as Epic Games, along with Digital Extremes, unleashed Unreal on the world. With its stunning visuals, innovative weapon mechanics, and cutting edge technology, the game received buckets of critical success.

However, it soon became apparent that the game’s multiplayer portion was lacking the same amount of content and refinement that was provided by its biggest rival at the time: Quake 2. In response the developers started work on an expansion pack that was supposed to rectify many of these shortcomings. This expansion however, would never see the light of day, due to Epic instead choosing to double down and expand the project into something much bigger than originally planned.

One year later and just weeks before the start of a new millennia, Unreal Tournament was released! While UT may have struggled to match the initial sales figures of Quake 3 (which was released just 12 days later), excellent reviews from a wide range of media outlets, and a very active player base, helped secure the games reputation as an almost perfect example of the arena shooter genre. With one publication even going so far as to conclude:

“Online or offline, this game rules!”

“Quake may have spawned the online deathmatch, but Unreal Tournament has taken it to the next level with its amazing graphics and fast-paced action. Online or offline, this game rules!”

Without Unreal Tournament, I couldn’t say with certainty that I would have managed to get where I am today. After all, this was the game that inspired me to play competitively.

The arena shooter genre remained dominant on the PC for many years. Metacritic even listed Unreal Tournament 2004 as the second best game released for the PC back in 2004, with only Half Life 2 managing to come out on top. Unfortunately however, all good things come to an end, and by the time Unreal Tournament 3 had hit the shelves towards the end of 2007, arena shooters had lost much of their appeal.

We started to see the rise of games like Call of Duty 4, Team Fortress 2, Crysis and even Gears of War. Gamers started craving things like progression and unlocks, and the improved graphical capabilities had players chomping at the bit for realism, not to mention gaming had started gaining much more momentum in traditionally non gaming circles, meaning developers and publishers started focusing a lot more on accessibility then they had been doing previously. The problem is: how on earth do you make an arena shooter accessible? Is it even possible to make a game look so detailed without negatively affecting gameplay? And what would you even lock behind a progression wall without loadouts or destroying balance? 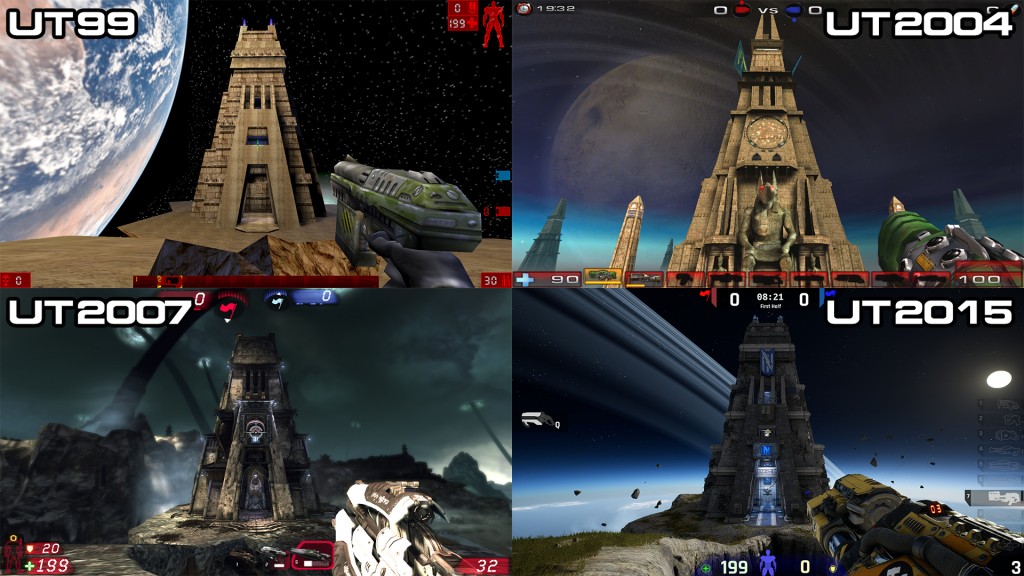 Nowadays, the answer to these questions may seem fairly obvious. Matchmaking and well designed tutorials do a great deal towards solving the accessibility problem, realism is really no substitute for a beautiful aesthetic, and unlocks and progression can be handled perfectly via account progression and cosmetics/vanity items. But back when these questions were being asked, any answers given would have been theoretical at best. Therefore not only the Unreal franchise but the entire arena shooter genre, seemed to just fade away into the background.

I myself as a pro gamer during this time, had to move on towards greener pastures. That’s not to say I had lost any love for the Unreal series, just unfortunately, due to its decline in popularity, support for the game in a competitive setting really dried up. And if I wanted to remain in this industry, I’d need to adapt. Luckily, things for the most part worked out pretty sweet for me.

Roll on to early 2014 when Epic Games announced their plans for the future of Unreal Tournament. In a surprise move that shocked many, the development was to be shared between a small core team over at Epic Games, and the wider UT community, something that’s never really been attempted in the past, at least not on this scale. With Steve Polge (lead programmer at Epic Games) openly stating that “From the very first line of code, the very first art created and design decision made, development will happen in the open, as a collaboration…” 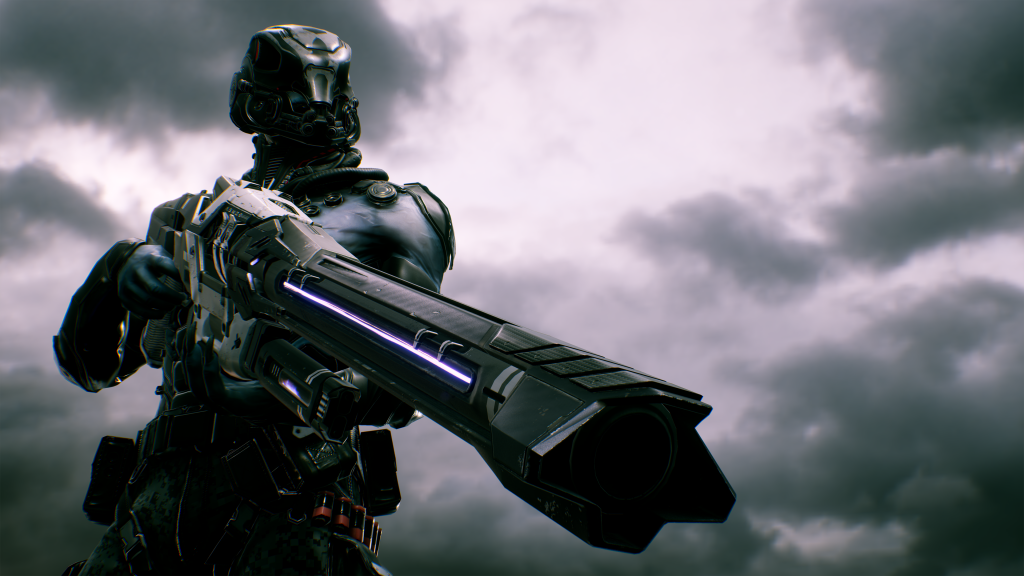 What’s more, while yes, there is going to be a Marketplace where content creators can distribute their creations, either completely free or for real money, it has been made clear that the core game (meaning stuff like maps, modes and weapons) will be completely free. The goal here is that you should simply be able to download, install, and jump straight into the action without worrying whether that you could be at a disadvantage, or not knowing if you going to get kicked after this match for not owning the next map in rotation.

Now, I have to admit, I was extremely skeptical of the whole open development with the community message that was put out. Generally in my experience, when game studios have come out and said stuff like this in the past, it’s always come across like more of a marketing exercise than a true request for collaboration. Furthermore I was absolutely convinced that even if this was going to be what Epic Games set out and promised, that it would be virtually impossible to keep track of such a large, passionate community.

Yet, here I am, now working very closely with the guys over at Epic by helping manage the Frag Center (which is basically an official social media and content creation hub for the UT community). So yeah, I managed to secure this position, doing what I enjoy, for a game that I love, and with a studio that I admire. Basically I’m living! And this was only possible because the guys over at Epic have been doing an outstanding job when it comes to directing the discussion on the development forums, sharing their thoughts and feedback through the Twitch stream and so much more!

Truthfully, there is absolutely no doubt in my mind, that when you combine both the developers prowess and wisdom, with the relentless passion and support from the community, that Unreal Tournament is going to be an absolutely spectacular game!

Truthfully, there is absolutely no doubt in my mind, that when you combine both the developers prowess and wisdom, with the relentless passion and support from the community, that Unreal Tournament is going to be an absolutely spectacular game! Even right now, in its current very early state,  when all the little pieces will just fall into place and you really start to get a good taste of the game’s full potential. For instance, you can boot up the game right now, and jump onto a well populated CTF server running either the map Titan Pass or Facing Worlds (which have both recently had a full art pass applied to them), and there will be times where you would be forgiven for forgetting that the game is still in pre-alpha.

Unfortunately the quality of a game these days does not always correlate with its successfulness. If all that the new Unreal Tournament needed to do was be great, for the most part, it would have already succeeded! I personally just hope that the hype we see building around games such as Overwatch and LawBreakers can be taken as some form of sign, that gamers are once again ready to start experimenting with arena shooters. Honestly, I believe people are both ready and willing. The challenge is really just getting the game in people’s hands for the first time, once we manage that the game does the rest of the work. 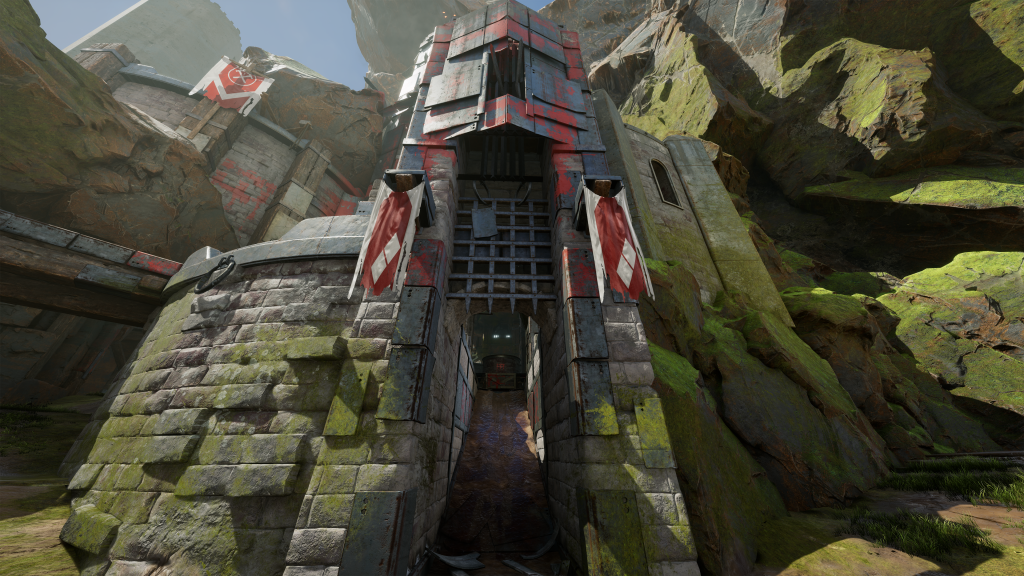 Another question I hear come up quite often is, do I think that this game will be an eSport? Well I have to say it’s most certainly got everything it needs gameplay-wise to be a competitive title. Not so long ago there was even a huge update to the spectator functionality which at this stage really demonstrates the level of support Epic and the community are working with. One thing it doesn’t have right now is its mind made up with what gamemode should be considered as the default competitive standard. The two obvious choices right now have to be Capture the Flag or Duel but because of the open nature of development, there is nothing to say that a new mode won’t just pop up out of the middle of nowhere and take the role of competitive title.

Fresh and unique content has always been something very exciting that has always set the Unreal franchise apart from its competition. I have every confidence that this new Unreal Tournament will likely have more content created for it than the rest of the Unreal games combined!

To sum it all up, I really do love the entire Unreal Tournament franchise and I can already tell that the new game is going to most likely be the best one ever! All the wonderful guys and girls over at Epic Games have done an amazing job of keeping things flowing with so many people all submitting content and ideas for the project. Yes, I do believe that the wider gaming audience, both can and will enjoy what the new UT has to offer! 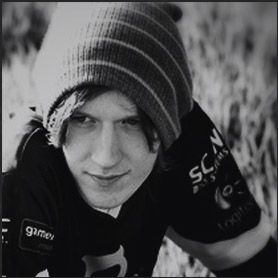