Vapor chamber is back with style showing off the most efficient cooling to date. Read on to learn more about the card! 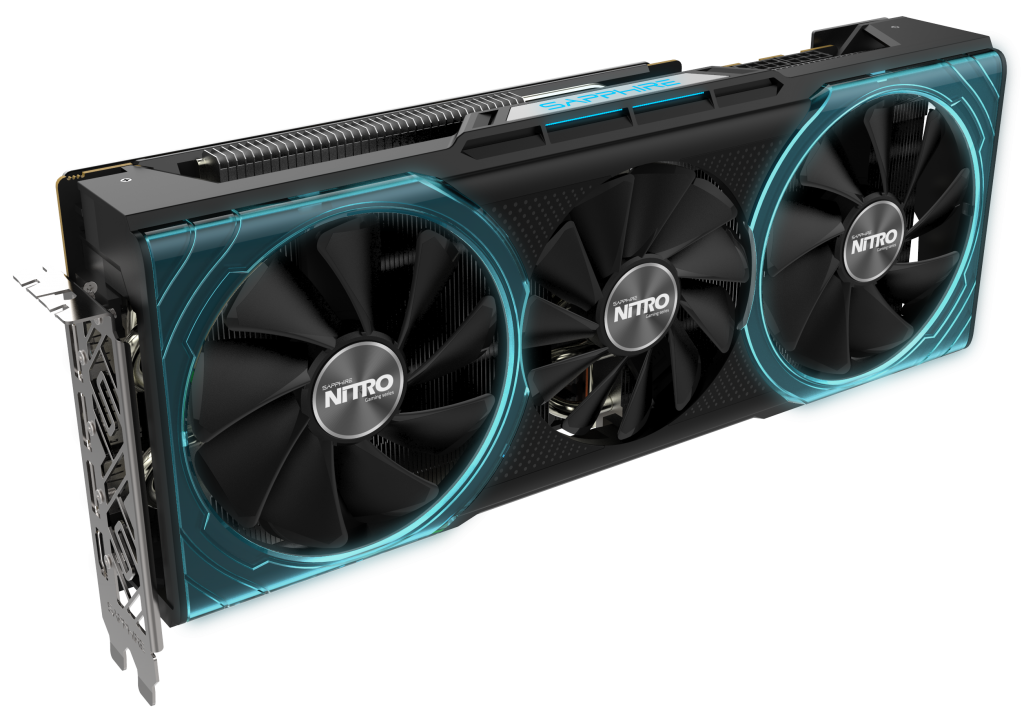 To drive the most demanding scenarios in gaming, the SAPPHIRE NITRO+ Radeon RX Vega cards come factory-overclocked. The NITRO+ RX Vega 64 model features a GPU with 4096 Stream Processors running with 1611 MHz Boost Clock. For the NITRO+ RX Vega 56, the chip features 3584 Stream Processors clocked in Boost at 1572 MHz. Both models come equipped with two stacks of 2nd generation High Bandwidth Memory, featuring 8 GB in total. The memory is clocked at 945 MHz – 1890 MHz Effective (Vega 64) and 800 MHz – 1800 MHz Effective (Vega 56). With these clocks, the SAPPHIRE NITRO+ RX Vega models achieve up to 7% better framerate compared to reference cards. If needed, both models can be easily switched to a 2nd BIOS for energy-saving Efficiency Settings using a hardware switch on the side of the card. 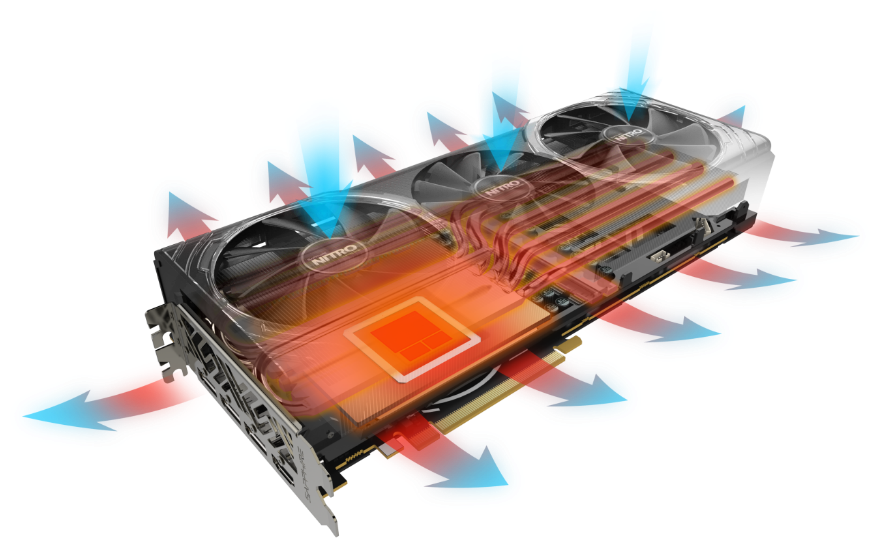 A custom-designed cooling solution used on two new NITRO+ RX Vega cards is SAPPHIRE’s most efficient cooler to date. To get the operational temperatures of the GPUs down to the targeted 70°C, SAPPHIRE has brought back its innovative vapor chamber technology made famous through SAPPHIRE’s Vapor-X series of graphics cards. 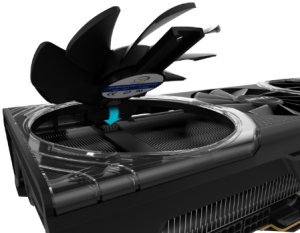 Using this instead of the copper base on the GPU and HBM2 memory has lowered temperatures by up to 5°C. The vapor chamber is combined with a set of six nickel-plated heatpipes (three 8 mm and three 6 mm) and a substantial, densely-packed heatsink. Robust VRM cooling is achieved using a separate module with a dedicated set of two 6 mm heatpipes. Finally, heat is dissipated by a trio of efficient fans – two, slightly bigger, on the sides, running anticlockwise, and a smaller middle fan running clockwise to ensure optimal airflow. With the board featuring 14 phase digital power design and a powerful vapor chamber cooling system, SAPPHIRE NITRO+ has been designed to unleash the full potential of the AMD RX Vega GPU.

All three newly designed fans feature dual ball bearings for longer life and SAPPHIRE Quick Connect 2 technology for convenient fan swapping or service. By default, the fans start precisely at 56°C for the system to remain quiet under light load.

An original SAPPHIRE-designed PCB includes the brand-new Turbine-X system that can control up to two external PWM fans mounted inside the PC’s chassis. A dedicated hardware controller on the card intelligently adjusts the speed of connected fans based on the reads from five thermal sensors included on the PCB to improve the system’s overall airflow. 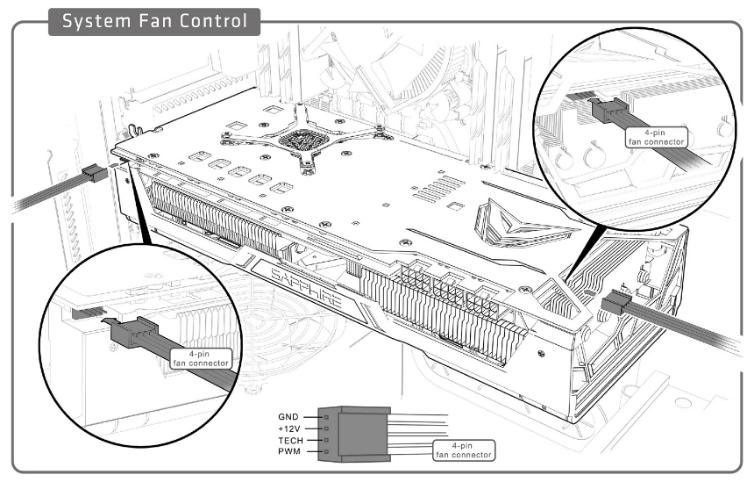 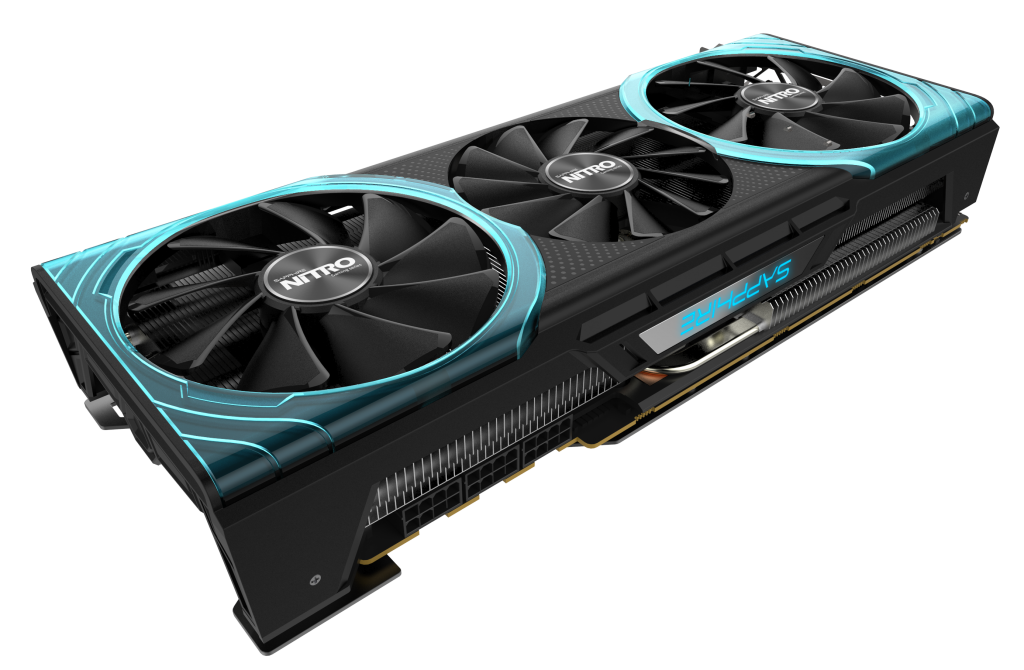 The NITRO Glow system has been significantly expanded and improved in SAPPHIRE NITRO+ RX Vega 64 and 56 Limited Edition models. The iconic black NITRO shroud has been augmented with two backlit acrylic elements around the left and right fan. Along with the SAPPHIRE logo at the top, these backlights are full-RGB LEDs and can be customized using an upcoming version of SAPPHIRE’s TriXX software tool. Same goes for the translucent SAPPHIRE NITRO Gaming Series emblem enhanced by a RGB LED backligt that adorns the tbackplate. 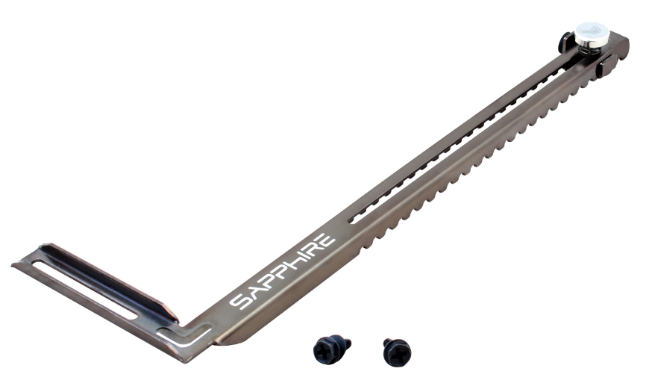 With these NITRO + RX Vega Limited Editions, SAPPHIRE is including a useful accessory: the SAPPHIRE NITRO Gear Card Support Bracket. This elegant, black nickel-plated and heat-treated tool helps stabilize and maintain the correct position of longer graphics cards to prevent PCI-Express slot damage or PCB bending. Thanks to its smart mechanical design, the bracket doesn’t require any additional space and only touches the card by a movable knob with a rubber, soft top.

The SAPPHIRE NITRO Gear Card Support Bracket will also be available to buy separately. It’s compatible with the majority of graphics cards in the market.

Fancy a new high-end card? Then you should subscribe to our SAPPHIRE Nation newsletter – we will pick a lucky winner from all of our current and new subscribers and award him or her with a brand new SAPPHIRE NITRO+ Radeon RX Vega 64 Limited Edition.

And the winner is: Juli Boettcher from Germany.