The Past, Present and Future of City-Building Games

One of my favourite genres in gaming is city-builders, from long and story-driven strategies to complicated road-management simulators. Back in the day, I would spend hours making sure that everything in my virtual town was in the right place and worked correctly, only to scrap it all and start again a day later.

Something always drew me to these games. It might’ve been the high replay value, or just the fact that a lot of them are quite relaxing. Seeing your creation grow from a tiny village to a giant metropolis can be very satisfying, and each time you start over, your city looks and works a little bit better.

So with that, here’s a look at some of my favourite city-building series and games, from old classics to recent and upcoming titles.

The father of all city-builders, you could say. The game came out on Amiga and Macintosh in 1989, and later on multiple other platforms. It was designed by Will Wright and developed by Maxis Software. 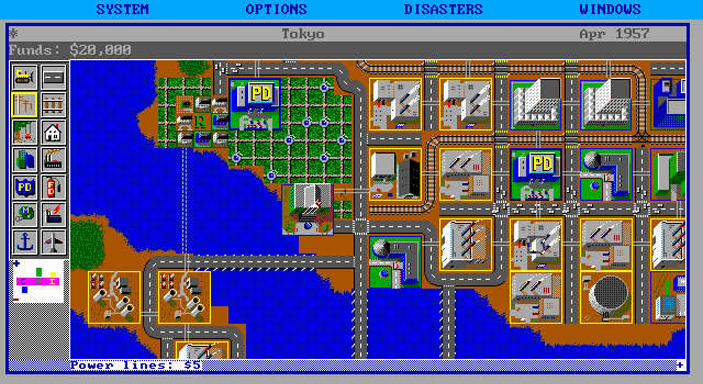 The concept of SimCity was very simple – you’re a mayor designing and managing your own town. You can put up different types of buildings, construct power grids, set up transportation systems to deal with traffic, and more. If you plan your city well, your buildings get an upgrade. Additionally, there are timed scenarios, during which players have to complete various tasks (e.g. rebuilding the city after a monster attack or fixing the transportation system).

SimCity received wide acclaim and many awards. It’s success spawned countless sequels, spin-offs (The Sims, among others), and popularized the city-building genre. Electronic Arts attempted to revive the series in 2013, but the new game had plenty of technical issues and limitations that players and reviewers didn’t take very well.

Anno is a series of real-time strategy games that mix island colonization, city-building and resource management. It has almost two decades of history, and was developed by various studios over the years (currently Blue Byte Mainz owned by Ubisoft). It all started in 1998 with Anno 1602, which quickly gained popularity and received praise for its simple but enjoyable gameplay. Four years later, a sequel called Anno 1503 saw the light of day, bringing updated graphics and more complex systems. Developers from Max Design also wanted to add multiplayer, but they’ve encountered technical issues.

Anno 1701 was the first 3D game in the series, and the first to have a fully working multiplayer mode. It was focused on the colonization of the New World in your queen’s name, and featured various new gameplay elements, story scenarios, factions like Indians or Aztecs and an incredible soundtrack. 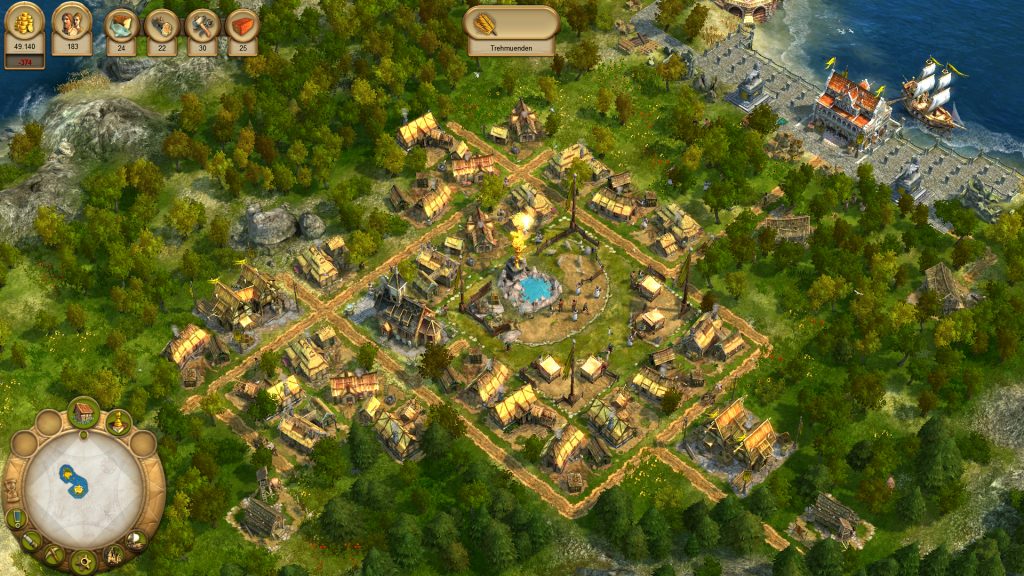 This was followed by Anno 1404, or, as it was known in the US, Dawn of Discovery. The game introduced a new type of oriental islands and settlements that your population needed to achieve higher social ranks. There’s a campaign centred around a crusade, during which you uncover a plot against your emperor.

With later releases, the series moved to a more futuristic setting. In the latest title, Anno 2205, you can eventually venture to the Moon. The question is, will the next Anno game take us back in time, or will the future remain a theme?

Tropico is a pretty successful series of city-builders that started in 2001. Many studios have worked on it over the years, with Limbic Entertainment taking over the license for the upcoming Tropico 6. They offer a humorous take on ruling and managing a banana republic in the twentieth and twenty-first centuries, a theme that has been revisited in all but one part of the series (in the second one, you’re a Pirate King).

Your ultimate goal as El Presidente is to remain in power, be it through satisfying your people’s needs or using the army. Just like in other city-building games, you have to manage resources and deal with occasional troubles. In the meantime, you have a chance to ally yourself with outside powers, like the United States or the USSR, and China or the EU in later titles – each one gives you some benefits, but may anger the others. 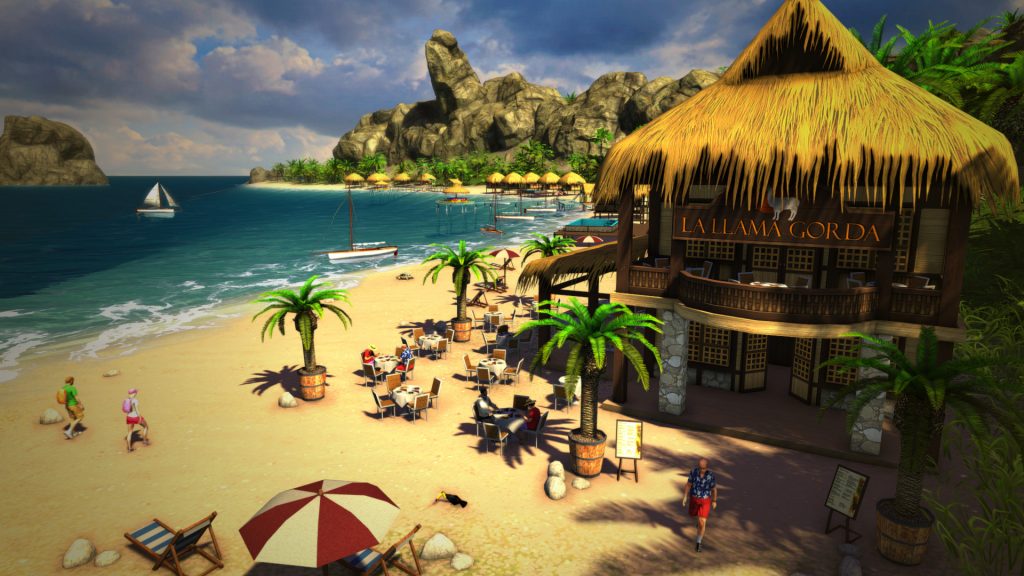 Tropico 5 is the first instalment to feature multiplayer and history progression, with 4 different eras (although Tropico 4 had an expansion called Modern Times). All of the games have received positive reviews, though the most recent one received some criticism for lack of innovation.

What started as a simple medieval city-builder, for many people became one of the most beloved RTS series in history. The Settlers came out in 1993 and was a breakthrough game for the German studio Blue Byte (later acquired by Ubisoft). The premise centred around expanding your kingdom’s settlement, gaining resources and military power to ultimately take over a whole map – at the time it was a very complex game and even had a co-op mode. 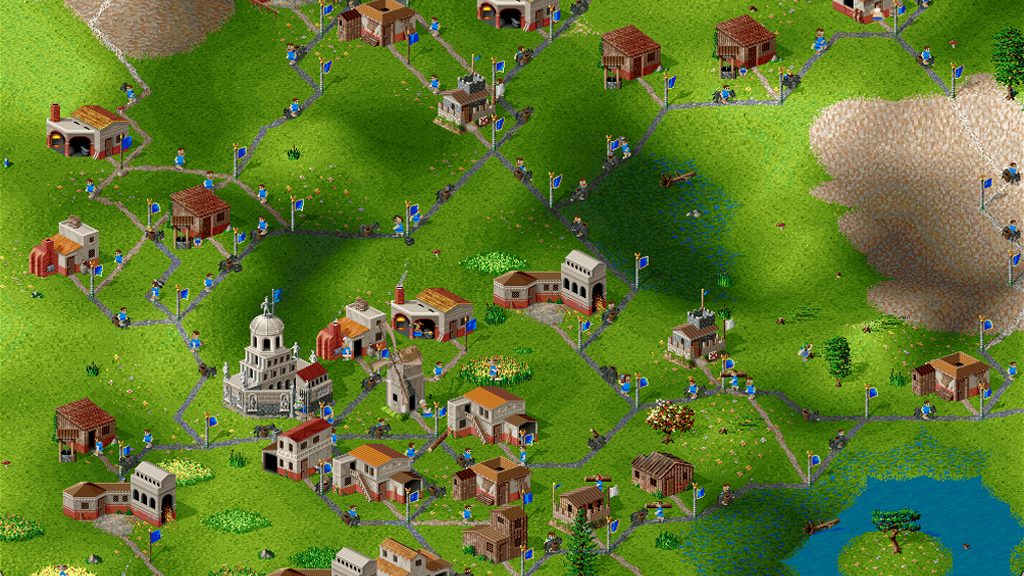 Subsequent instalments improved on the graphics and added new content. The Settlers II had a Roman theme, a better interface, updated core features, and is probably the most popular in the series (there was a 3D remake for the 10th anniversary). The Settlers III & IV were a bit divisive – the requirement of building roads was removed, and the military aspect of the game changed completely. Both games had three factions you could play as: Romans, Egyptians or Asians in the first one and Mayans, Vikings or Romans in the second.

The downfall of the series began with its fifth instalment, The Settlers: Heritage of Kings. It was the first game in 3D, but also the one that brought the most changes. The graphics weren’t as colourful, the gameplay was completely different, and none of it was well received. Even though later games had their merits (I liked The Settlers: Rise of an Empire, though it was somewhat too casual), the series never regained its former glory and currently lives on as a browser game. Hopefully, this can still change. 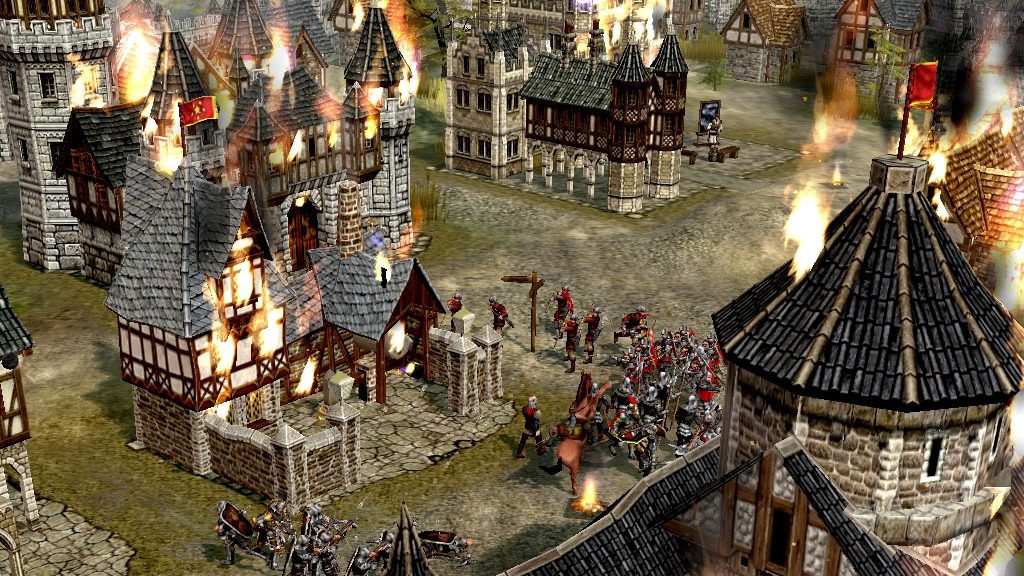 This one is quite recent. Cities: Skylines premiered in 2015, roughly two years after the disappointing remake of SimCity. It was developed by Colossal Order and published by Paradox. The game received a lot of positive reviews for its good sandbox gameplay and extensive mod support through Steam Workshop.

Cities: Skylines has some elements similar to classic SimCity games. Residential, commercial and industrial buildings are constructed automatically after zones are established, though some buildings, like hospitals and schools, have to be put up by the player. Water and power systems have to be constructed, and you also need to keep an eye on pollution. A lot of thought went into the road management system – if you don’t plan your city well, as soon as it grows you will have trouble with traffic. 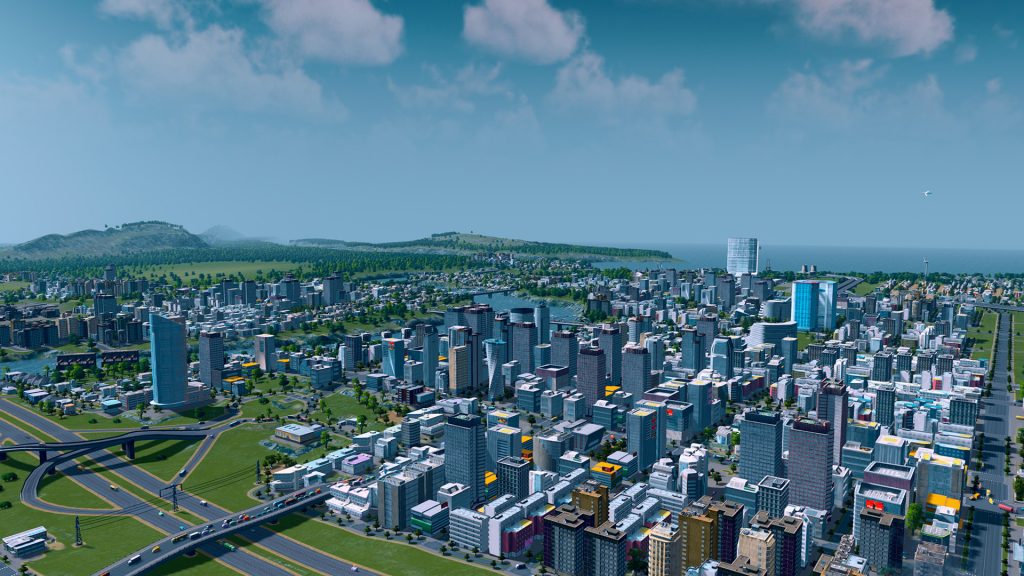 The mod community adds a lot to the game – countless new buildings, maps and other features that make the experience even better. There are multiple DLCs, some of them worth the money more than others. Overall, Cities: Skylines is as close as you can currently get to a contemporary, well-designed city-builder.

This one sparked my interest only a few weeks ago, when it reached its goal on Kickstarter. Ancient Cities is being developed by Uncasual Games and describes itself as a ‘strategy survival city-builder’. You start in the Neolithic era and guide your people through the ages. The game introduces some interesting mechanics, including simulated seasons, weather and the ecosystem. Realism seems to be a theme here – food will decay, buildings take time to construct and citizens have their own goals and ambitions.

The graphics are really good and the interface seems fairly clean and simple in the alpha stage. Of course, this is a kickstarted indie game, and too many of those get stuck in development hell or turn out disappointing, so it’s better to stay cautious. Still, there’s a lot of potential here. The game is supposed to come out in late 2018.

There are probably many other titles I could’ve mentioned here, but these are the ones I’ve spent the most time with, remember fondly, or (in terms of Ancient Cities) will keep an eye on. Now, what are your favourite city-building games?