The Personal Touch of Handcrafted Worlds

Creating a vast and exciting game world has been a challenge for video game designers for as long as our art form has existed. In general, most gamers love attention to detail in the worlds they explore, they love the realism and soul certain areas may possess and at the best of times, areas of our games become iconic in terms of looks and atmosphere.

In this article, we shall explore the importance of a handcrafted game world and why they matter, but we do acknowledge that for certain games it is fine for the developers to try and create algorithms for procedural generation of content. There are many exciting advancements there as well and the tech is getting better and better. It has its strengths as well, but it is not quite the same as a handcrafted, designer made game world.

The Importance of Making Sense!

Most people believe that immersion is tied to fidelity and art design. Some people know that storytelling is a key part of immersion as well. Many do not realize however, that world design is a key element as well, both on the macro and micro level. 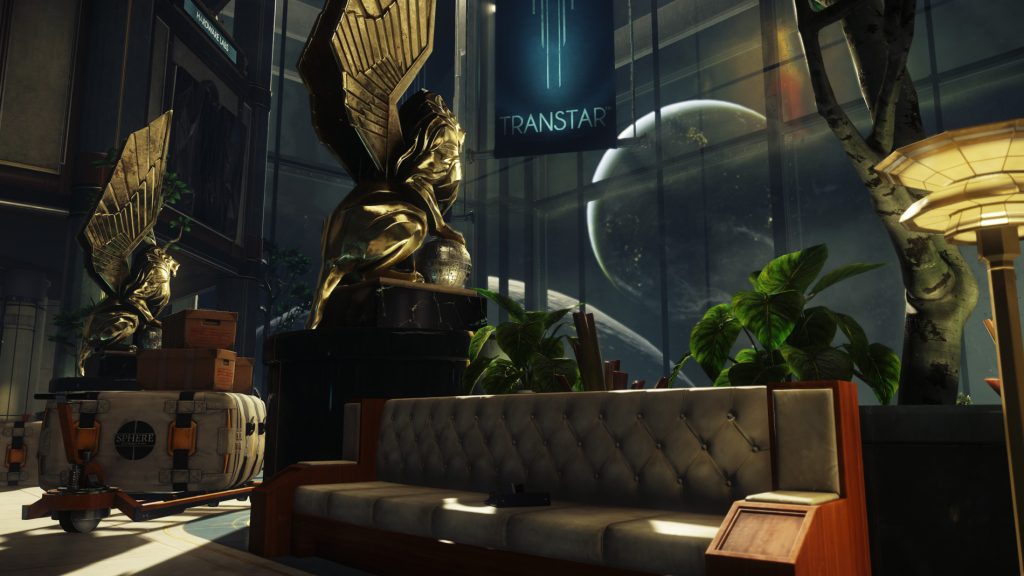 We humans do notice mistakes in environments, especially ones closer to reality. No one can be entirely sure how an alien space station would function for sure so many liberties can be taken with its design, but useless dead end hallways are likely not going to appear on such a structure. On the other hand, if the game takes place within something that exists in our world today the standards for immersion become even higher. Yes, not everyone has been in an 18th century Russian village, but almost all humans have expectations about such an area as it is made for humans by humans.

Of course, this does not mean that every time a fictional place is made inside a game it has to make perfect sense. There is a fine line between things being orderly and eerily stale. For example, The Citadel in Half-Life 2 is not the most logical (or illogical to be fair!) of places within a science fiction game world even within its own ruleset, but that has a point — it is more authoritarian and creepy, inhuman and oppressive with its level and visual design. The weird twists and turns and insane verticality can make a human being feel tiny and insignificant, not to mention its somewhat strange deficiencies fuel some of the main ideas behind the Combine, that they are powerful and can steal other accomplishments, but fail at their own. 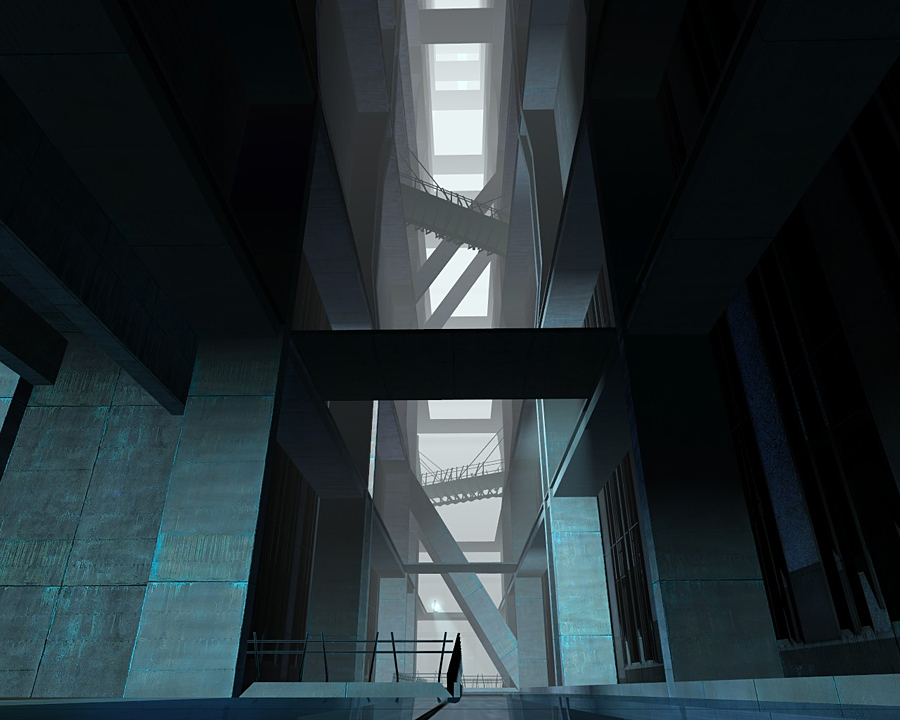 Similarly, the inhuman, impossible sterility of the City in Mirrors Edge does seem impossible and unsustainable long term, but artistically it is a choice that makes perfect sense for the game it is in. Even to a person that knows nothing about the game, screenshots or art of this city make it seem really weird and most of the time people are divided between it being a utopian looking city… or a dystopian one. 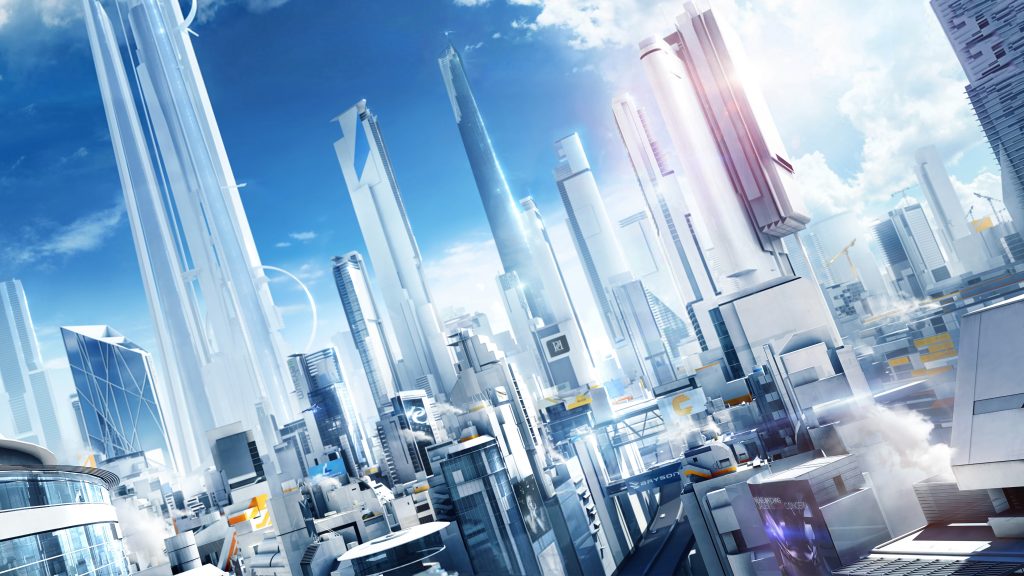 Why ratios of content are often a bad idea

Very often in video games, especially open world ones, developers want to make all parts of the maps equally interesting or viable. Placing points of interest at about equal distance from one another, spacing out quests and NPCs or enemies just to make traversal over the whole map somewhat equally exciting. 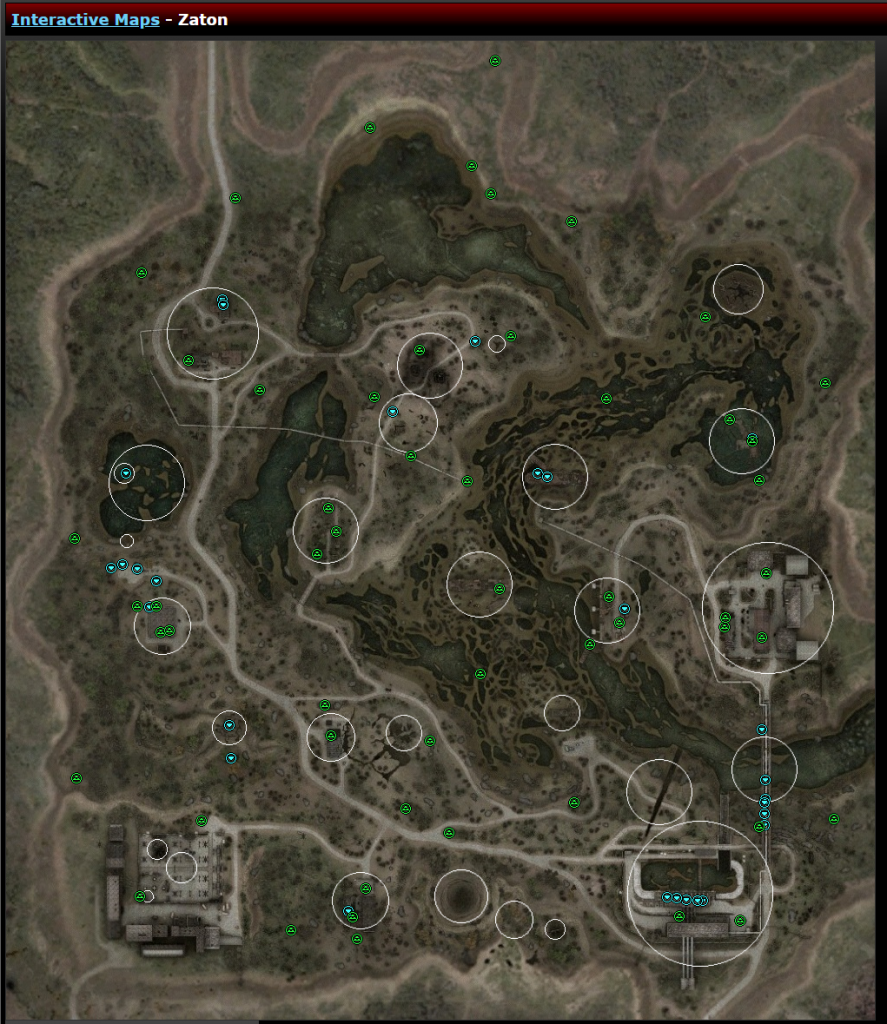 Many thanks to the Zone Survival Guide for this image!

Unfortunately, this can backfire as if it happens too much over a large map; it can actually make it less immersive, especially if it’s so segmented that it can be seen from the world map. In the real world, areas are not always perfectly spaced out or thought out and even when they are, not every feature of the terrain would see similar numbers of important events. Not everything on a map needs to be or should be iconic; else, the truly unique parts will stand out less.

In linear games, pacing is king. It is no great secret that good pacing accentuates the wild ride players are on and is critical to our enjoyment of such games. Doing this in an open world title is much harder though as the players can and usually do wander off the beaten track. To combat this, developers invent rules to guide their map design. For example, every 40 seconds, a player should find or be very close to finding something of interest to them. Other developers use AI and emergent behavior or global objectives and rankings to guide their players through the map and content in a way that has good pacing. 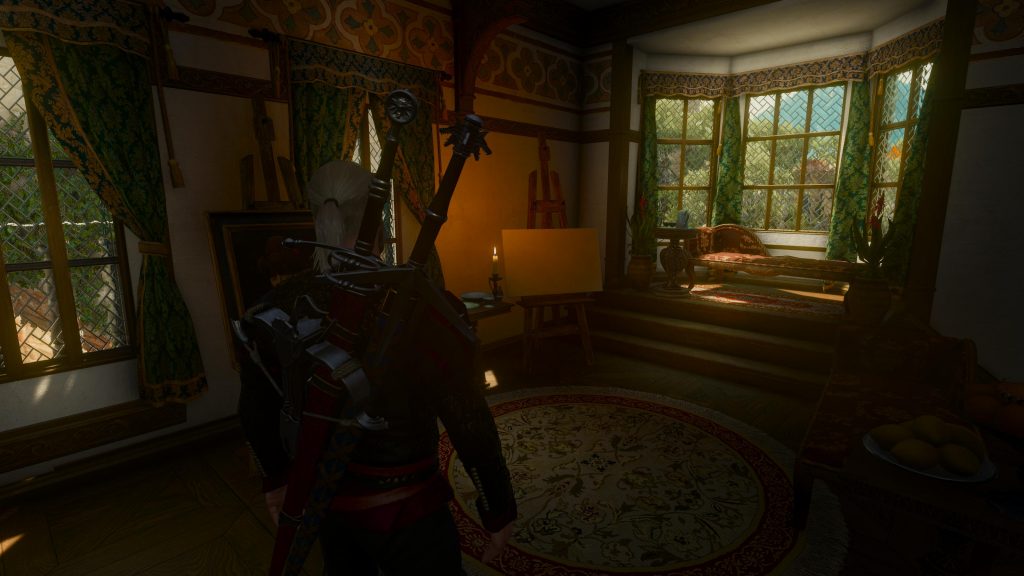 This is where nuance matters a lot or else the system or world will appear artificial. This is also, where many procedurally generated worlds falter. Spaces like the relative safety of Megaton in Fallout 3 or Beauclair operate on different rules to those of the wilder lands and forests nearby. Adding personal touches about the life of people there is what is interesting; showing how predator and prey interact or how erosion has affected the environment is what works in the forests.

Rules are meant to be broken!

Ironically enough, the most important rule to good world design seems to be that there are no clear-cut rules. In a vast game, one can have areas packed full of detail, artificial spaces, and alien geometry. There can be illogical choices in architecture as this happens in the real world too (as long as they don’t break the laws of physics!) and adds detail, says something about the craftsmen’s work, makes them human. There can be areas with almost non-stop action and vast quiet sections. This is truly the beauty of a handcrafted world — it is not designed by software and it shows. It has “imperfections” and that matters a lot for immersion.

Our final point in this article, though a lot more can be said on this truly vast topic. For example, in the real world, roads are not perfectly straight or even, which is something that is very easy to do in a video game. Different elevations of the terrain, the materials Making things round, imperfect, different is much harder to do in a game world, and very hard (to do correctly that is!) with a procedurally generated world. 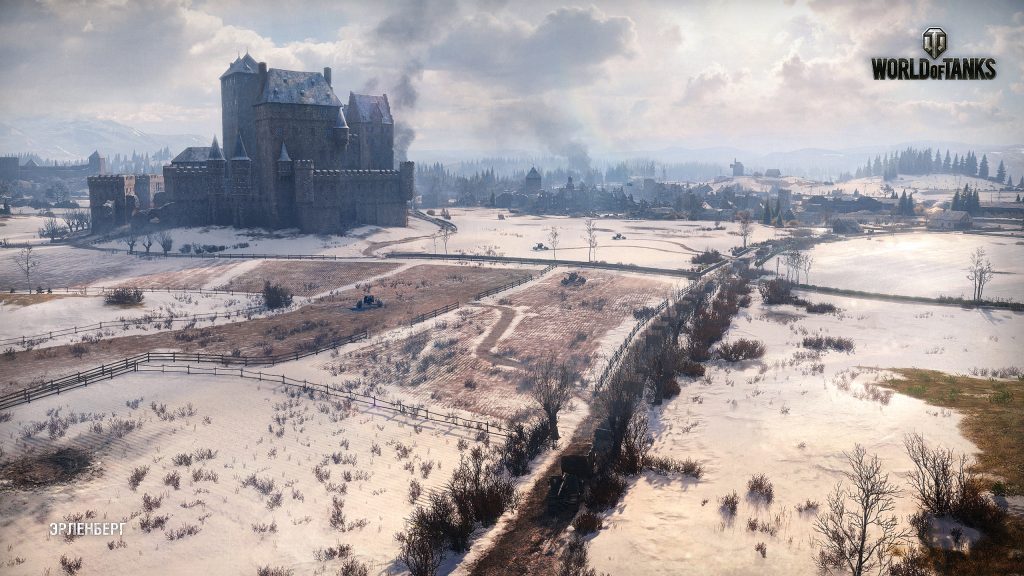 There is an issue of technology at times, not just design even if this excuse didn’t stop the veteran designers of many great old games. Thankfully, modern games with their ability to use tessellation, Megatextures, and many other techniques should not suffer from any such limitations. Developers have the tools to make their worlds look great, be immersive, and tell stories with their design.

Of course, as technology marches on we will see more and better made procedurally generated worlds, but at least for the foreseeable future, it will take an expert human’s hand to make it truly amazing.