Video games are a very weird medium. Whilst they continue to advance in terms of both storytelling and gameplay, technology has managed to outpace both. Mid- and high-budget titles nowadays look amazing, often run like greased lightning and showcase advanced tech that was confined to the realm of science fiction a mere 20 years ago. Unfortunately, though, budgetary and time constraints can put visual fidelity and physics at odds with gameplay and storytelling. This, of course, has created rifts in the gaming community.

With that being said, this article has a simple goal – to showcase how some gameplay paradigms have developed or gained depth thanks to the race for the technological crown… and how we might be able to better leverage them in the future.

Game developers have for a long time sought to incorporate excellent lighting and realistic shadows into their games. After all, the effect on a game’s atmosphere is immense, and well-done lighting and shadows can also add a new level of gameplay depth. 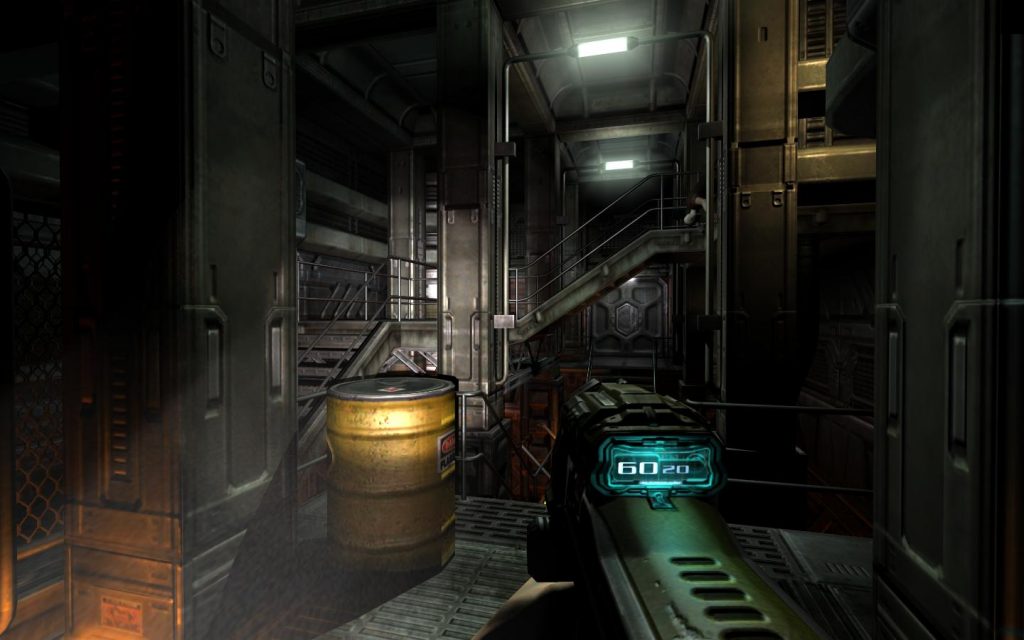 Suddenly objects, characters and enemies can be seen from behind corners.  Due to the lack of detail (we are dealing with shadows, after all), opportunistic use of this information will favor gamers with knowledge of the game—knowing what the silhouettes represent will not come down to guesswork.

For a reasonably successful example of this, STALKER’s (otherwise mediocre) Multi-Player mode often allowed for shadows to be used as a weapon. Players generally tried to stick to the shadows during morning or afternoon map cycles as they could easily see when someone was approaching from the long shadows the moving players were casting… all that was left was to just jump out and shoot them. 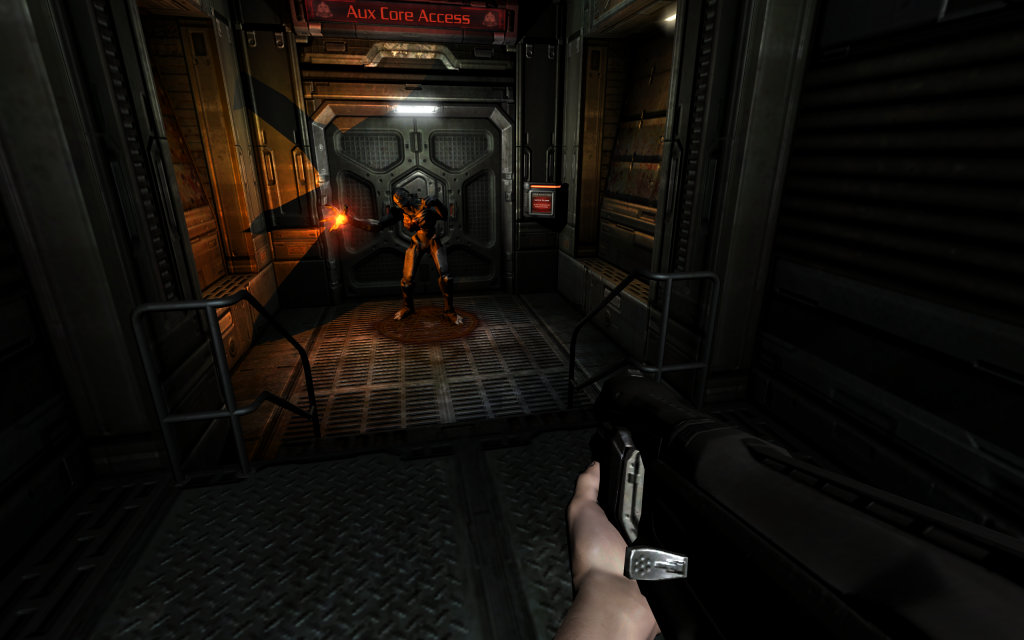 Sure, even better exists nowadays, but this was state of the art stuff at the time!

Many horror titles use them as well: sometimes seeing your enemy’s outline in DOOM 3 could allow for a quick weapon switch or reload, allowing a player to quickly judge what was coming from around the corner. This added tension to the scene.

Seeing video game physics improve has been exciting for multiple reasons, even if the road has often been…bumpy (Jurassic Park: Trespasser *cough*). Ballistic simulations have gotten better and better in certain genres whilst destructibility in titles like Battlefield or Men of War has managed to add another layer to combat and gameplay. 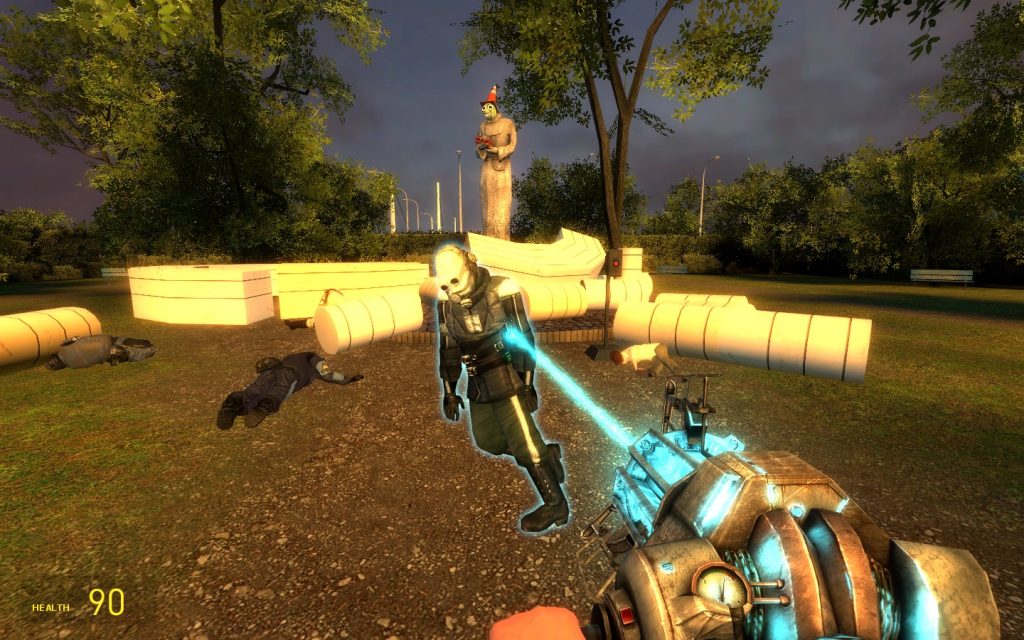 The ability to use the terrain and physical objects has been a game-changer for titles like Half Life 2. The gravity gun made for some really interesting and often hilarious ways to fight the evil-doers.  From throwing toilets at a zombie’s face to flipping or punting tables for makeshift cover against machinegun fire… it was an awesome addition to Freeman’s arsenal.

Men of War showcases just how much physics and even a certain level of ballistics simulation can add to a complex tactical game. American soldiers holding your panzer battalion down from behind some buildings? Turn their cover into rubble with high-caliber howitzer fire: the debris from the exploding structures may even force them to retreat! Sometimes it can be a pretty darn random system too. There was a time when a field gun hit my well-armored Sherman Jumbo and it did bounce right off its armor… hitting the side of a building where one of my machine gunners was wounded from fragments. The bullet damaged the structure enough to make me pull my veteran sniper back from it.

When left liberally to both the player’s and the engine’s capabilities, physics can offer a game so much. From Half Life 2 and its awesome mods (building makeshift barricades out of rubble in Synergy… good times) to Men of War or Dark Messiah and many others, it has aided both in immersion and gameplay. With today’s even more advanced engines and hardware, all that is left is for game design to fully catch up.

One really interesting graphical effect that has seen wide usage but little gameplay practice is Dynamic Rainmaps. Pioneered (effectively) in Clear Sky, it allows for rain to interact naturally and dynamically with the terrain and objects. Many new video games, from Witcher 3 to GTA V, make good use of this tech, though it is usually for atmosphere and not for gameplay. 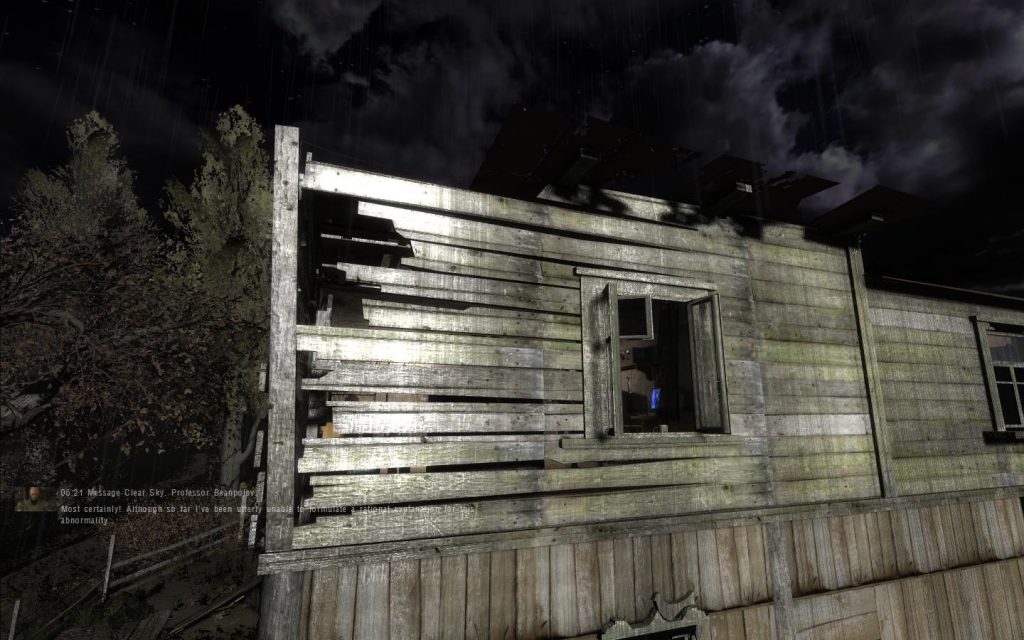 An early example of rainmaps!

A cool idea to make it work would be for items or characters to be capable of transferring “wetness” or other liquids to the terrain. Imagine trying to find an NPC on a rainy day in a huge, abandoned city. Suddenly, a player that was already trained to look for environmental clues (tutorial design can never be ignored) notices tracks leading inside one of the buildings. Since they are still clearly visible, it must be a fresh trail… and so locating the NPC would happen in a dynamic, natural way.

Hunting games already allow for some of these mechanics. Following a trail from a wounded animal for miles can be a pretty unique experience, but more advanced level design and many more genres can benefit.

As an added bonus, getting liquids or other particles to also interact with the environment can further aid immersion.

Crysis 3 was an amazingly good-looking title when it came out! Showcasing extremely advanced lighting and animation technology, it still looks great even today, three years on. Perhaps the most impressive thing about it though was how the grass and foliage reacted to the characters’ movements. 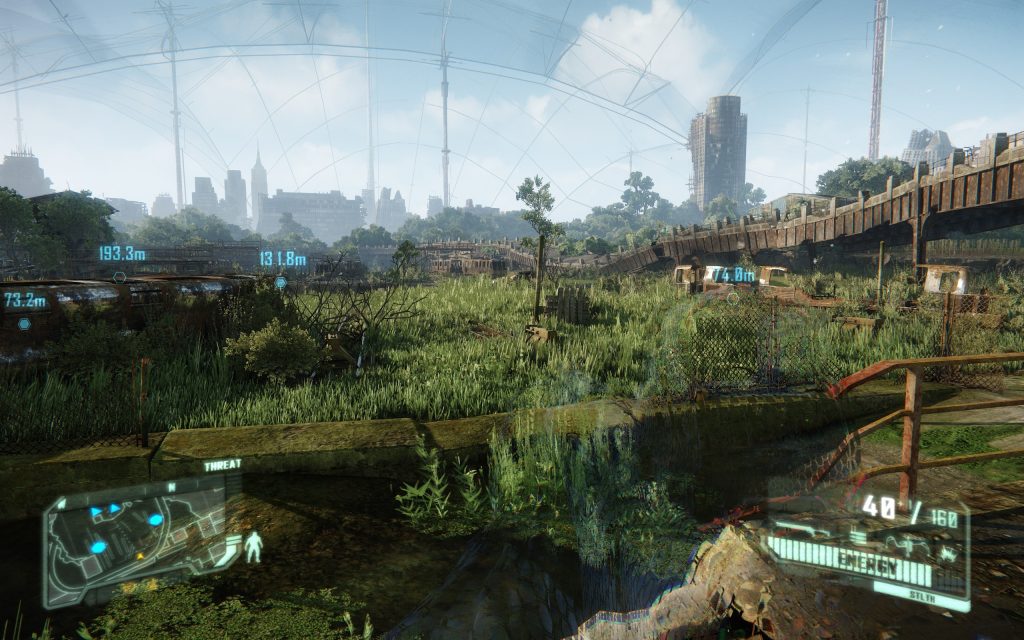 This level of foliage has lots of potential!

During a few sequences in the game, the player has to navigate around areas full of extremely tall grass with enemies hiding in it. One of the coolest things a player might do is to just look at how the enemies navigate the grass and shoot in their direction, hoping to have guessed the contours of the soldiers or aliens correctly.

Now other games have done that before as well. In fact, the original Crysis 1 also had some level of interactive foliage, but what Crysis 3 did was to make it so that direction, enemy size and model as well as even speed became factors in how said foliage reacted. With experience, a player may guess what critters are moving, at what speed and where they are going. It is unfortunate that so few games have attempted to use these tricks, but it is a pretty neat idea in certain scenarios.

All of these are just examples of how interesting, cutting-edge technology can create gameplay scenarios or at least add depth to already existing mechanics. There are many more semi-forgotten or underutilized pieces of tech. Hell, audio has shamefully been allowed to stagnate these past few years (though AMD’s TrueAudio may help in the future) and reflections are often relegated to eye candy at best. While this is by no means a full list, it does offer some proof of how even little things can add up and make games more memorable and enjoyable.