The History of Wolfenstein

The Wolfenstein series is one of gaming’s oldest and most revered  franchises. In its 36 (and counting) year run, it has created and popularized genres, advanced technology and shattered design conventions with almost every installment. Today we will be taking a look at the series history leading up to this year’s release – Wolfenstein 2: The New Colossus. 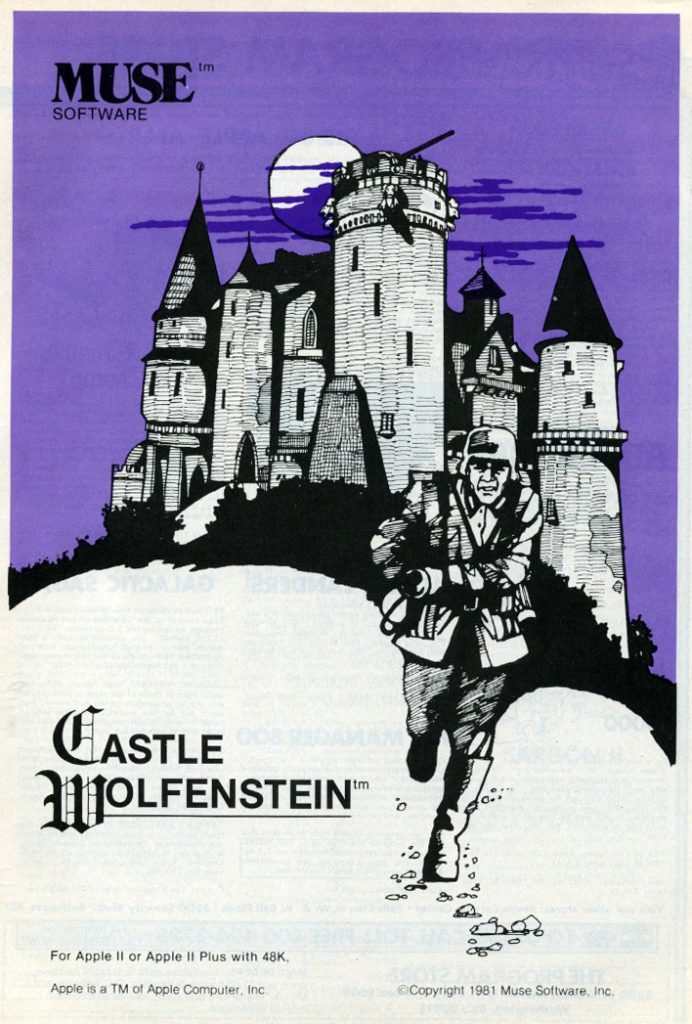 The often forgotten first games in the series, developed by Silas Warner and originally released by Muse Software for the Apple 2. Very loosely inspired by the cinema classic The Guns of Navarrone (based on Alistair MacLean’s excellent book), they were released in a time when World War II games were few and far between. It featured a prisoner trying to escape the castle and steal important war plans. It is one of the games that established the Stealth genre and features careful resource management, stealing from guards (usually at gunpoint), finding keys that open doors and even the ability to use enemy disguises! Better still, the sequel from 1984 even added bribery and movable bodies.

Even today the games can be quite fun if you look past their incredibly dated visuals. After all, they were very popular for their time, created an entire genre of gaming, advanced video game audio software, were some of the major inspirations for dozens of award winning titles in the decades to come, and helped establish computer gaming as a mainstay in the world. It rightfully received critical acclaim and is one of the most important games ever produced. 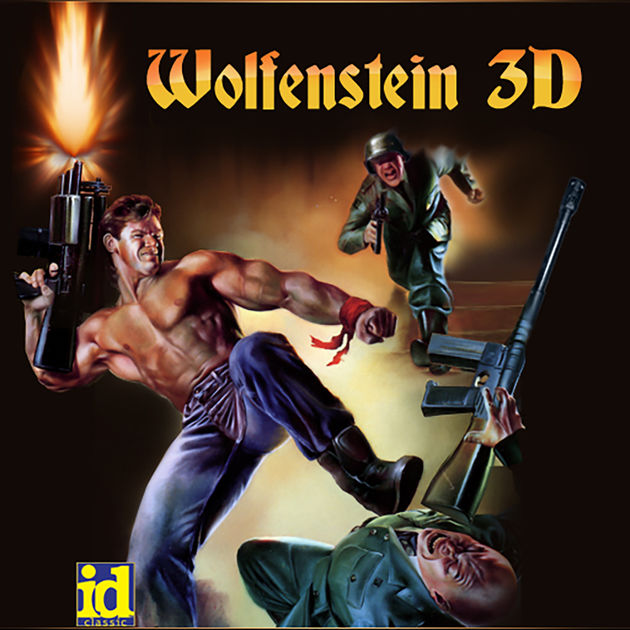 The talented developers at id Software were huge fans of Warner’s original game and bought the IP for the series to make their next game carry the cult hit name. They had different design goals whilst making it though, focusing on fast paced first-person action over stealth and resource management. What we got in the end is Wolfenstein 3D!

We play as William “B.J.” Blazkowicz, an agent sent to sabotage the Nazi’s secret plans but ultimately captured and held in castle Wolfenstein. After he kills a guard and escapes from the dungeons with his pistol, we embark on bizarre and gory adventures, stopping the Nazi scientists and their plans for world domination. Featuring secrets, various enemies and maze-like levels, it was an instant hit! 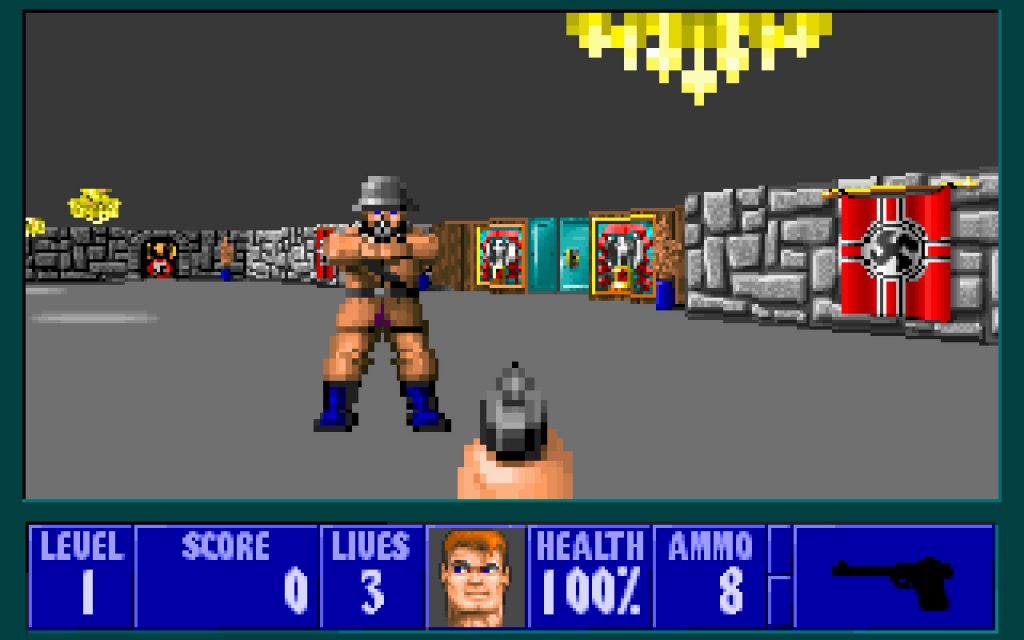 Wolfenstein 3D didn’t create the FPS genre, but it was its first “big” title for it. It also helped shape many design tropes which would later be pivotal for the creation of DOOM and all the games that followed it. To top it off, it was also one of the first heavily moddable PC games, and helped pave way for the modding communities! A hugely influential title and one of the all time classics.

Apparently when the developers at id met Silas Warner, he stated that despite the changed vision, he was a huge fan of their game. One can only imagine what an honor that could have been.

A lot has changed since the release of Wolfenstein 3D. DOOM, Quake, Half Life, Duke Nukem, System Shock have all been released, each becoming iconic titles that shaped the genre. Thief also came out, carrying the torch of Warner’s original vision for the series, at least gameplay wise. 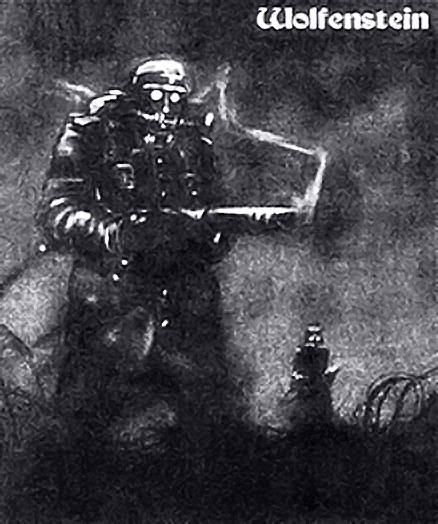 How does one measure up to such stiff competition? Well, Gray Matter Software and Nerve software managed to pull it off. Upon its release, Return to Castle Wolfenstein received both critical and fan acclaim, cementing itself as a classic in the golden age of FPS games and PC Gaming in general.

The developers went all the way with each and every single aspect of previous titles. The stealth from Castle Wolfenstein was back, and many levels could be played: a fast-paced slugfest against smart enemies or a careful, stealthy romp behind enemy lines. Super Weapons such as the Tesla Gun and Venom Minigun make an appearance alongside the night vision Snooper Rifle. If it’s paranormal entities and demons like in Spear of Destiny you thirst for,  they’ve got you covered with zombies and ancient monsters. With superweapons and mutants, cyborgs and man-made monsters, the Super Soldiers await! Or perhaps it’s stealth assassinations and to go toe to toe with elite Nazi special forces you want? That too is delivered in spades. And if all that were not enough, its use of a very highly modified Quake 3 engine made Return to Castle Wolfenstein  a marvel of technology at the time with. It was the Crysis of its day and even had support for ATI’s TrueForm tessellation technology!

Its multiplayer mode was also acclaimed and featured class-based combat on asymmetrical, objective-based maps. The game was lauded on releases for the high quality of its online modes! 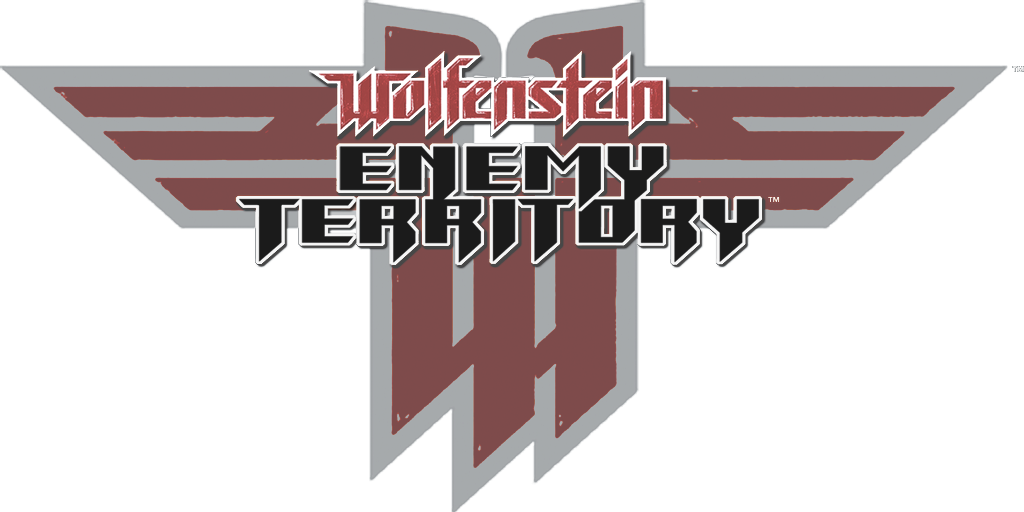 Working on a sequel to such a game was hard and, unfortunately, the project became too bloated and complex for its own good. In a rare twist, instead of scrapping the entire game, the developers at Splash Damage decided to release a polished version of the multiplayer  portion for free.

What followed was a fever. Sure, ET had only 6 maps on its release, but they were polished, the mechanics were excellent and the game was free and moddable. This was online PC Gaming at its pinnacle. It received critical acclaim (again) and is to this day one of the best, highest rated, and most beloved online shooters of all time. 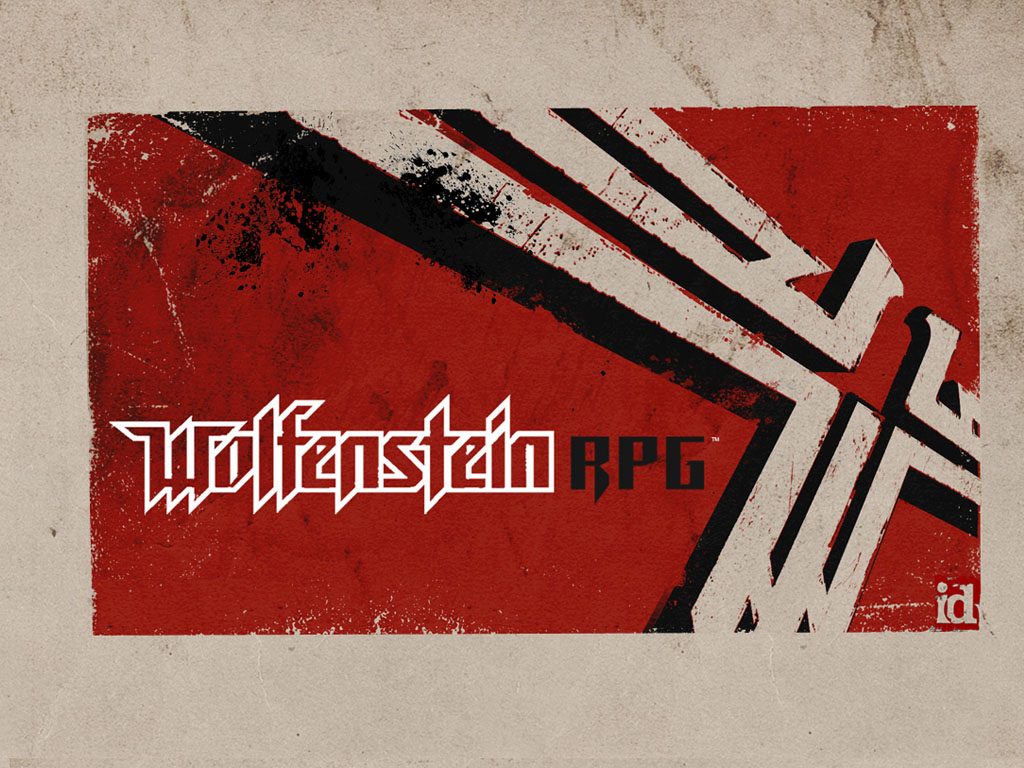 An often-overlooked title released for mobile ecosystems – Wolfenstein RPG is exactly what it said on the tin: an RPG mobile game based in the Wolfenstein universe. Unfortunately, it isn’t on the app store anymore, likely due to licensing issues (something that plagues the next game we will talk about as well) but it was a pretty good mobile game. RPG was praised for a number of  elements—its variety of weapons, humour, slow turn base pace, and good world building, and all wrapped up with painstaking attention to detail. 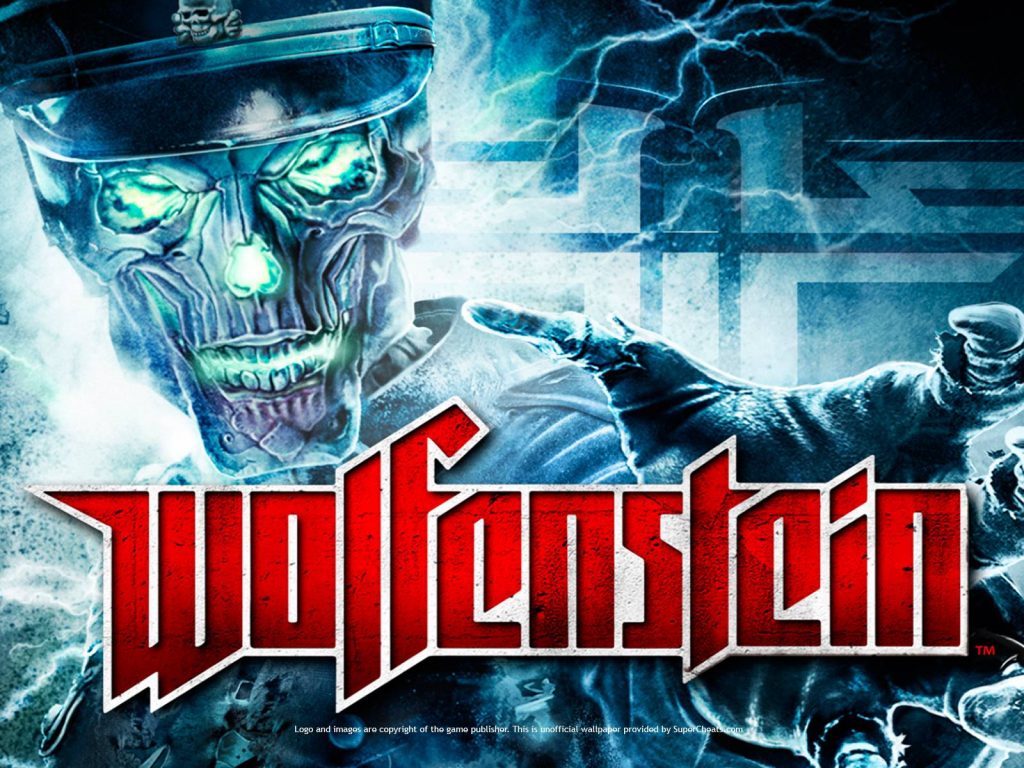 Until 2009, the main Wolfenstein had never had a misstep. All of its games had either defined genres—and raised the bar of game design as they did—or outright created new ones. Well, all good things come to an end. Raven Software’s 2009 Wolfenstein was a disappointment, in terms of both sales and reception.

With that general knock out of the way, the truth is the game was not all bad. It boasted some amazing weapons, inventive level design and interesting ideas. It just was stuck in a weird middle ground where it had ambitious ideas but unfortunately tame execution and a lack of polish in certain areas. Popular opinion has it that Wolfenstein is the weakest of its lineage, but it nonetheless remains a decent game. 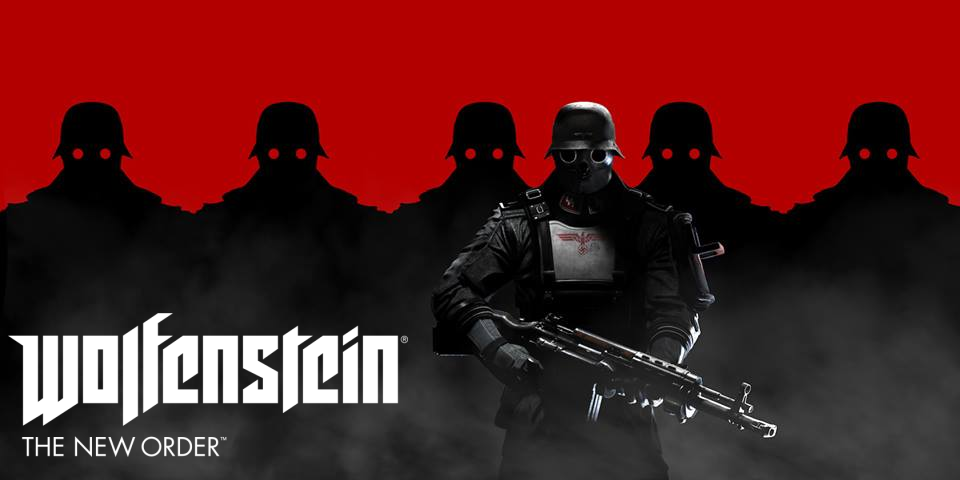 With the series stuck in limbo for a time, it was assumed the franchise had gone stale and that games of its theme were not popular anymore due to the rise of modern military shooters. However, in 2014, Swedish developer MachineGames rebooted the series and proved the naysayers wrong again.

Once again, we take control of BJ Blazkowicz in his battle against the Nazi Empire, but this time the tide of war is turning in their favor. In a last-ditch attempt to kill Deathshead, BJ and his friends lose and the Nazis win the war. Of course, they foolishly fail to realize that the war is not over—as long as Blazkowicz is alive.

Most of the series’ mainstays were in place: stealth, tactical and arcade fast-paced running and gunning. What was new was the Science Fiction chosen for the game’s iconography, this time based on late 50s-60s pulp and dystopian literature a la 1984 and Brave New World.

While MachineGames did drop the paranormal elements with TNO, they went all in on the storytelling, forging a thematically deep and well-thought out plot with interesting characters. Yet again Wolfenstein had redefined itself and its genre, this time becoming one of the deeper stories in gaming, at least from a thematic point of view. 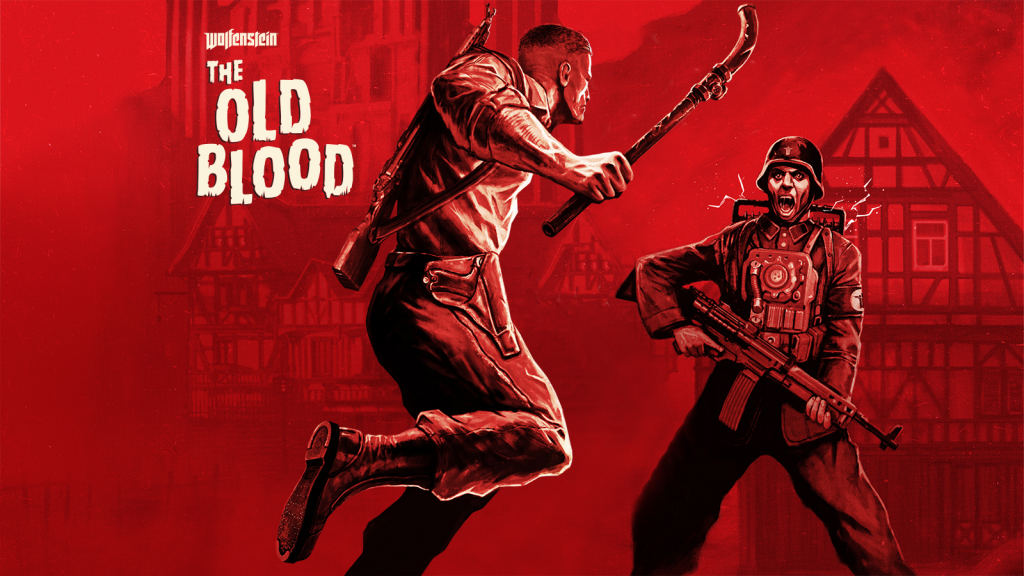 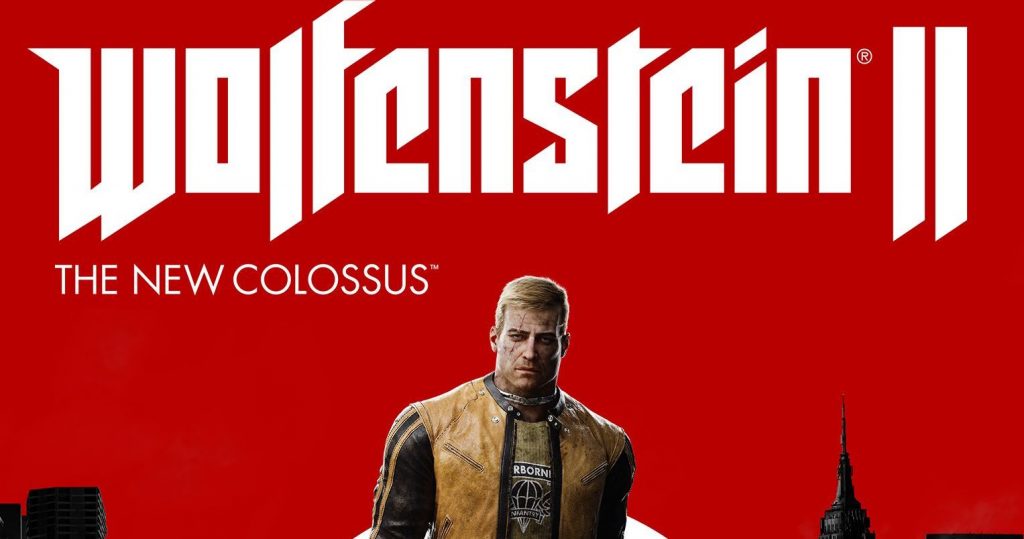 The next chapter in the Wolfenstein story is set to release on October 27th, 2017.  It is part of the new timeline and follows Wiliam’s attempts at defying the Nazi regime in the United States. This is the first time a Wolfenstein game takes place outside of Europe or Africa. The footage shown so far suggests it’s going to be absolutely bonkers. MachineGame’s goal seems to have been to give us stealth and extremely violent mayhem, and an abundance of absurd weapons and powers grounded in a coherent and internally consistent world. We have no choice but to wait and see if they have succeeded yet again, but so far things are looking very promising . 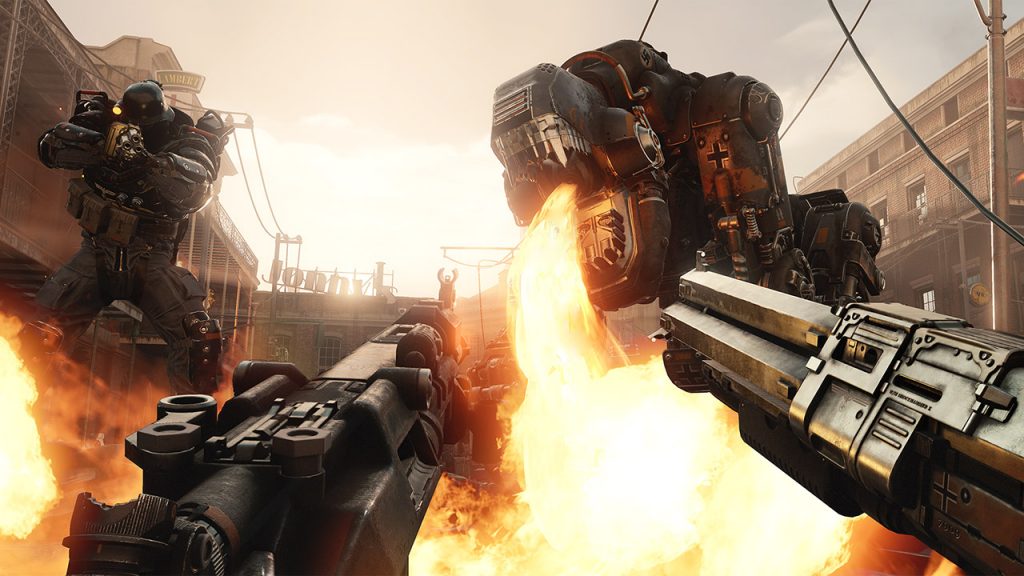 Another interesting tidbit is that Bethesda and MachineGames are partnering with AMD and Radeon for The New Colossus. With support for FP16 and the Vulkan API, we expect the game to run like a dream on Radeon hardware and Ryzen! Without a doubt, the id Tech 6 engine first demoed in DOOM is nothing short of a powerhouse!