The evolution of the monitor has been an interesting one to watch. Going way back, we started with what would be considered relatively square monitors with the early 4:3 and eventually the 5:4 ratio.

It wasn’t until 2003 that monitors were widened to 16:10 and the aspect ratio was slowly ratcheted out as more pixels were added. We then had to wait until 2008 to see the next change in the aspect ratio—the jump to the 16:9—which widened the screen a tad and ushered in the world of HD. But even that change was slow: 1080P didn’t become the most common resolution used until 2011.

Now with monitors heading in two directions, history is again repeating itself. We have more of the same approach, with the 16:9 setup moving to 1440 and even 4K. The next aspect ratio upgrade is also upon us, with 21:9 beginning to gain traction.

Ultra-wide monitors broke out as a fad, but, with a wave of new models hitting the market, they’ve been making steady headway over the last year or so. While they are extremely useful for productivity, the real push seems to be with gaming: A number of companies have introduced models with feature sets– FreeSync and high refresh rates, to name two—we expect in a gaming-oriented monitor. 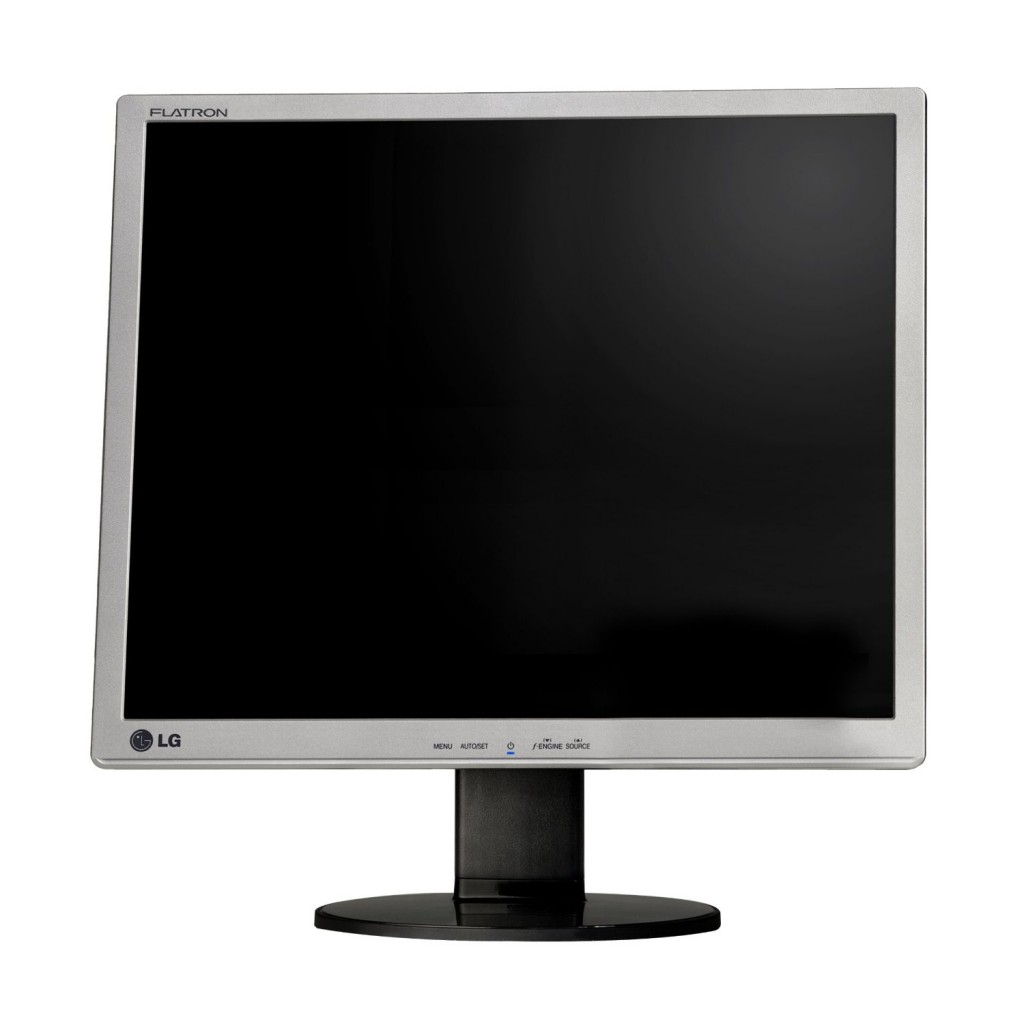 Well, that’s all great, but the question is, what does it mean for me, the gamer?

The answer, in a nutshell, is that ultra-wide is a mixed bag of benefits and drawbacks. Here we break them down.

Immersive Experience: Ultra-wide gaming brings some of the benefits that multi-monitor gaming brought, but it does it bevel-free. If you have never experienced a good RPG in an ultra-wide format, you simply don’t know what you’re missing. While from a technical point of view the addition to the screen is not all that much, the additional pixels and widened view are what makes the experience stand out from the parameters a traditional monitor can’t provide.

Easy Entry: If you’re using a 1080P 60hz monitor right now then there’s good news: you can get a 2560×1080 monitor and see a gain. The aspect ratio takes the 1080 gaming experience to a different level and the lower resolution means your existing card will have similar performance to your current setup. Yes, you may lose a few frames per second, but the improved experience is well worth the sacrifice. 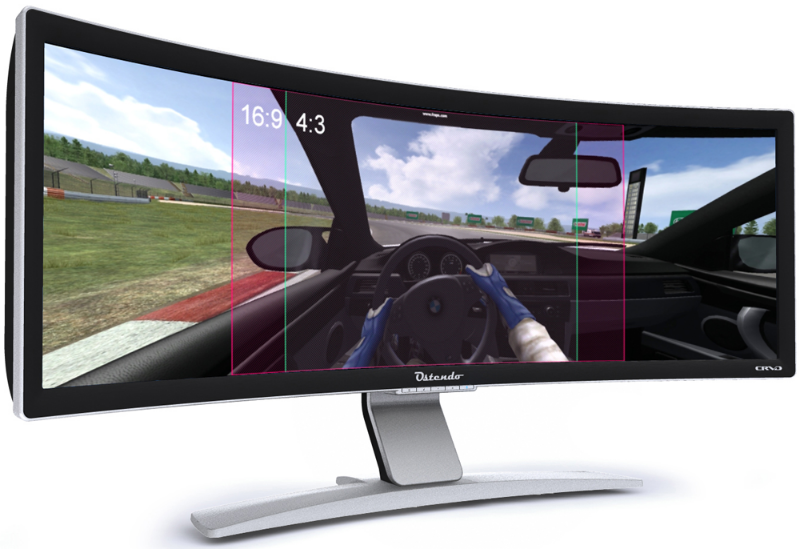 Streaming: Those looking to share their game play experience with others have come into their own and now make up a rapidly growing subculture. Problem is, streaming services have not yet caught up to the growth of ultra-wide gaming. The current services are all based on a 16:9 aspect ratio video feed. This means if you do stream at the wider resolutions, viewers will have a diminished view of your stream, even if they have a 21:9 monitor. Also, capture devices that allow for higher quality streaming are all pretty much limited to the 16:9 ratio.

Now there is, of course, a workaround: window your 16:9 game play and then use the additional real-estate on the screen for your chat or OBS monitoring. Unfortunately, that kills my game experience—what fun is it, after all, if you’re gaming but not enjoying the full experience, only a window. Personal preferences on this may vary.

Compatability: This one is frustrating because it’s so hit and miss. Most modern titles will scale out correctly to make full use to the 21:9 ratio. Here you may run into UI issues, and cut scenes might have vertical black bars on each side, though the actual game play experience is fine. However, there are games, even new releases, that do not play well with a 21:9 ratio. Some can be fixed with INI hacks, and there are also programs that can force a new aspect ratio, but all of these solutions change how the game works and may also spell a loss of stability.

I think this will be less an issue as ultra-wide gaming gains ground, but it is something to consider right now.

Now for the elephant in the room, the one the “enthusiast” community is about to lynch me over: 2560×1080 resolution. There are a number of reasons people don’t like this aspect ratio, though for space considerations I won’t be going over them here.

So to get down to brass tacks, here’s the deal. 3440×1440 is an amazing resolution for productivity. You can get loads of data on the screen, and when you’re dealing with 34” of display, everything is easily readable and useful. I use a 3440×1440 display for work and for our command center when we do Sapphire Nation Live. Everything I need with OBS, stream monitoring, chat, show notes and web articles easily fits on this single display.

However, once you move to the realm of gaming, the 3440×1440 advantages are greatly reduced. Yes, it has more pixels, and higher pixel density to boot. However, set up a 3440×1440 monitor and then the same monitor at 2560×1080 next to each other, kick back and game a bit. The difference is a lot less noticeable than you might think.

Oh sure, I know some of you eagle eyes have vision that defies the laws of optics and can see pixels at 1080P on a 27” monitor sitting 6 feet back. For the mere humans among us, however, this is simply not the case. On a 34” monitor at 2560×1080 anything over about 30” from the screen looks nearly identical to the 1440 version in game play.

So, back to the original question: is Ultra-wide the future or just a fad?

It seems to me that this is the next step for monitors. History has shown us that at a certain point, rather than just putting more pixels in the same format, the industry morphs and widens the screen. That’s what we’re seeing now. It won’t come quickly, if the amount of time it took 16:10 and 16:9 to take hold are anything to go by. Nonetheless, I feel in the next few years we will see ultra-wide becoming more and more the standard.

Should you jump in now and make that next monitor purchase an ultra-wide? That question is harder for me to answer. Some of the top-end, ultra-wide gaming monitors have arrived but come at a premium and no shortage of teething pains. The 60hz ultra-wide crop is fairly stable and the pricing has become more reasonable. I would stay away from anything below 29” and, if you want a curved monitor, go with nothing less than 34”. Also remember the two drawbacks I discussed. If you’re a streamer, it might be worth waiting for the first streaming service to offer proper 21:9 support. As for compatibility, that is on the heads of the developers so there isn’t a whole lot more we can say.

What about you? Have you made the move to ultra-wide? Thinking about taking the plunge? What are your thoughts and experience? We’re all ears (or eyes, as it were) and plenty eager to hear them, so please share in the comment section below.