Video Game Awards - now and then

Ah, the warm fuzzy feeling being appreciated can give you. After all, someone digs what you’re doing! Feels good, doesn’t it? Well, like everyone else, game developers like respect, too. That can come in the form of positive feedback from fans, journalists, industry representatives and, of course, awards—the very thing I’m going to talk about today.

While there are any number of award ceremonies within the gaming industry, I’m going to look only at the most important of them.

How did it all start?

In 1978 gamers and geeks Arnie Katz, Joyce Worley and Bill Kunkel landed an epic job: putting out a gaming column, Arcade Alley, in a magazine called Video, where they reviewed and tested games. The godparents of modern gaming, they popularized it both as a hobby and the subject of journalists’ interest. It was just 1980 when Arcade Alley kicked off the Arkie Awards, the first in the gaming industry that covered everything before January 1st 1980. So great was reader support that in 1981 the monthly column morphed into the first dedicated video game magazine, Electronic Games.  I won’t keep you in suspense: the first ever Game of the Year was none other than Space Invaders! The Arkies were awarded until 1985, but then had a considerable hiatus, until 1992 when the magazine was revived for two more years and the format of the awards changed. EG also held a Readers’ Poll to see which game was the most popular. Fun Fact: Arnie Katz is said by some to have coined the term “Easter egg.” 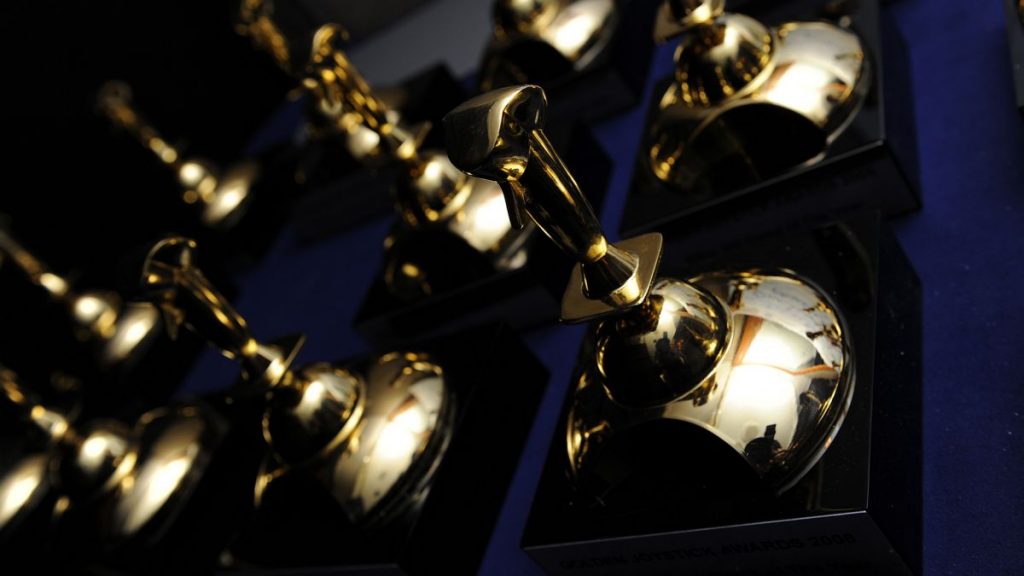 The Golden Joystick awards burst onto the scene in 1983, and 33 years later are still being handed out! The nine million votes cast in 2014 certainly attests to the magnitude of this biggest of gaming award shows. In 1983, its Game of the Year award went to Jetpac, originally released for ZX Spectrum and remade in 2007 for Xbox as Jetpac Refuelled. In 1983 awards were presented in 5 categories. In 2015, in almost five times that number, Golden Joysticks went to Witcher 3, Ori and the Blind Forest, PewDiePie, GTA V and Fallout 4, among others. Since 2013, Joysticks have also been awarded for  “Lifetime Achievement” – the first one went to Ken Levine (System Shock, BioShock), the second to Hideo Kojima (Metal Gear), and the third, posthumously, to Satoru Iwata of Nintendo.

Fun fact: those weren’t the only Golden Joysticks up for grabs. In 1992 a first ever UK TV show dedicated to gaming, GamesMaster, was released and ran until 1998. Most of the show featured players fighting for the title of Champion and Golden Joystick trophy. 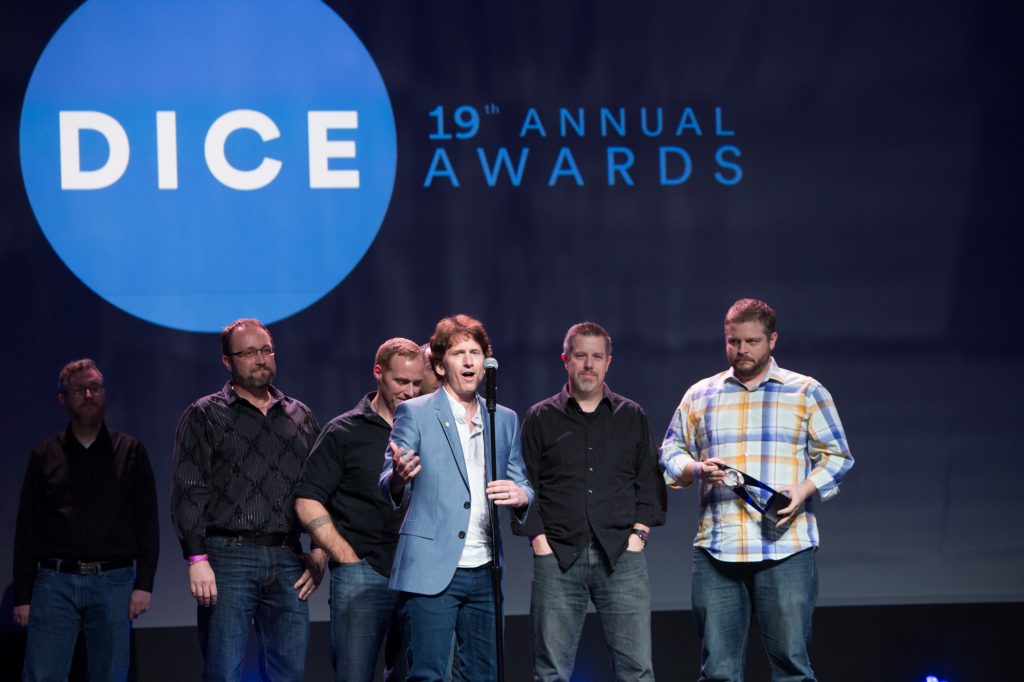 That’s right, the nineties gave us still more awards shows. In 1992, Andrew Zucker established the Academy of Interactive Arts & Sciences (AIAS), a non-profit organization to be made up of industry professionals. The organization grew to include nearly 400 members. In 1994, AIAS gave us the first ever game awards show broadcast on TV, and in 1995 it was responsible for the first ever game award show broadcast on the Web. In 1998, AIAS established the Interactive Achievement Awards (IAA), in 2012 renamed the D.I.C.E. Awards. The most recent ceremony took place in February 2016, with Fallout 4 winning Game of the Year.

The DICE Awards covered over 40 different categories, including Hall of Fame, which has welcomed many respected developers since 1998, including Hideo Kojima, Gabe Newell, Michael Morhaime and Sid Meyer, to name but a few. The DICEs are definitely the most ambitious game award show, aspiring to the role of gamer Oscars and beyond. 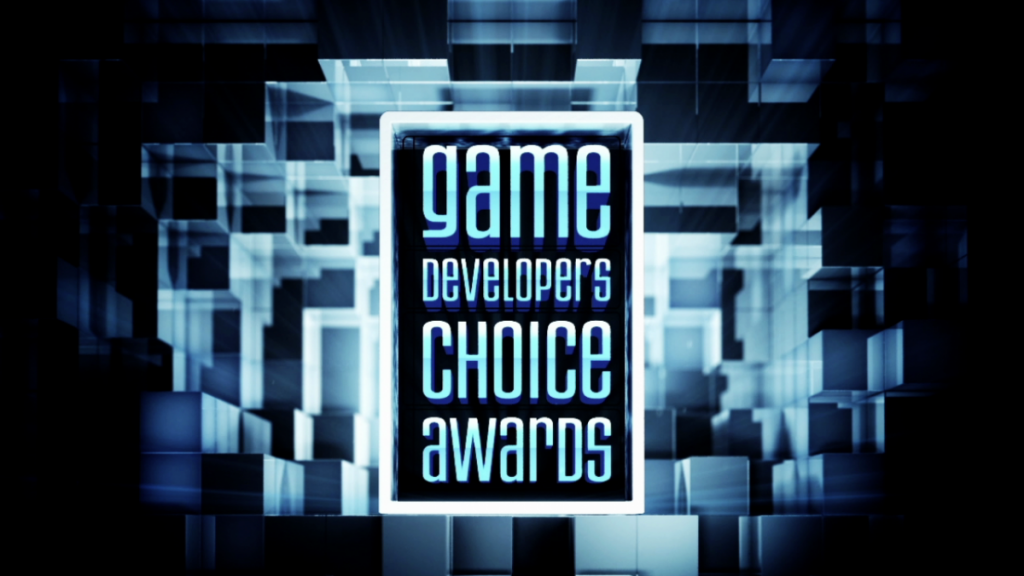 We wouldn’t leave the Spotlight Awards off of the list, even if they were – awarded only from 1997 to 1999 – short-lived. The Spotlights were awarded exclusively at the Game Developers Conference (GDC), one of the largest annual gatherings of professional video game developers. In 2001, the SAs were renamed the Game Developers Choice Awards (GDCA). The 16th ceremony was held in March 2016, with winners announced in 12 categories, including the Lifetime Achievement Award (to Todd Howard of Bethesda) and the Pioneer Award (to Markus “Notch” Persson, of Minecraft fame). Witcher 3 won Game of the Year. GDC also holds the Annual Independent Games Festival, an award ceremony for – you guessed it – indie developers. This year’s 18th IGF was dominated by Her Story. GDCAs are often considered the most prestigious awards in the industry because it’s game developers who do the voting.

1998 gave us the Game Critics Awards, announced annually after the E3 conference and chosen by individual judges from global media outlets – from GameSpot, IGN, Nerdist and PC Gamer to Vice, EDGE and Eurogamer. This award goes to games presented publicly in playable form during the E3 show. That means the judges need to be able to play the game for it to qualify for the awards. The list of juries is not set in stone – voting media outlets for the awards are determined on a year-by-year basis. Uniquely, the categories are also determined each year – in 2016 there were 17 brackets and 3 special commendations. E3 is an industry-only conference and participants have to prove their professional ties to the industry before they are allowed to attend. Having such a well-qualified jury presiding only adds to the award’s prestige.

In 1998 the British Academy of Film and Television Arts established their BAFTA Interactive Entertainment Awards for multimedia entertainment. In 2003 it was announced that the award would be split into the BAFTA Interactive Awards and BAFTA Games Awards. The 12th GA Ceremony, hosted by Dara Ó Briain, took place in March 2016. Her Story and Everybody’s gone to the Rapture dominated the event, while Fallout 4 took home the “Best Game” award. With the BAFTA name behind it, the Games Awards is already Europe’s most prestigious award show, but that hasn’t stopped some from saying it is only just picking up momentum and defining its place among the Game Award shows. Stay tuned to see how that contention plays out. 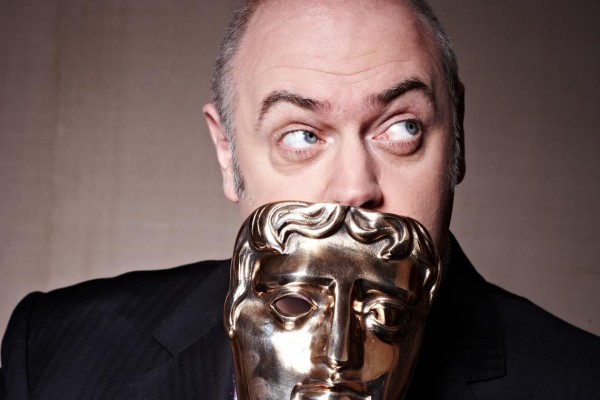 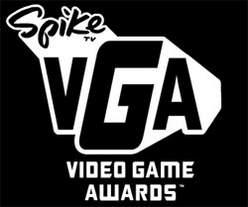 A journalist known for his GameTrailers TV and Kotaku articles, Geoff Keighley first brought us the Spike Video Game Awards (also known as the VGAs) in 2003, hosted by Spike TV. The ceremony became an annual December event, and lasted until 2012, when The Walking Dead brought home Game of the Year honors. The program’s 10th ceremony also gave us the “Game of the Decade” award, which went to Half–Life 2. VGAs were not “just” an award show, no: this was a full-blown Hollywood style gaming rock production, with hosts including Samuel L. Jackson, Neil Patrick Harris and Jack Black, exclusive world premieres, announcements of new games, music performances (from 50 Cent, Snoop Dogg and The Doors, Tenacious D to Kid Rock, Weezer and Linkin Park) and celebrity guests. In 2013 Spikes changed their name to VGX. Little did we know that when GTA V won Game of the Year, it would be the last time we were to see the Spikes. 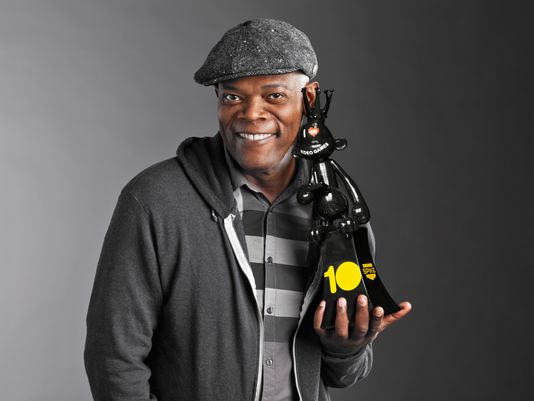 In 2014 Keighley and Spike TV parted ways – Geoff created The Game Awards that now sustain the model Spikes introduced. The show announced its awards based on the jury’s decisions, but it also included fan-voted prizes. The first ceremony had 1.93 million viewers and gave us exclusives on Battlefield Hardline, Bloodborne and Witcher 3, to name a few. The Game of the Year title went to Dragon Age: Inquisition, while Ken and Roberta Williams of Sierra Entertainment walked away with the first “Industry Icon” prize. Given the 96% favorable rating the TGA received on social media from gamers, it’s no wonder the award ceremony was held in 2015 as well, Witcher 3: Wild Hunt took home Game of the Year honors, while CS:GO took the title of ESports Game of the Year awarded by the fans. Brett Sperry and Louis Castle of Westwood Studios were named the Industry Icons. The audience was a full 20% larger than in the inaugural year. 500,000 user comments appeared over various platforms and there were over a billion impressions of the hashtag #TheGameAwards. Will they beat their own records this year? We’ll find out in five short months. 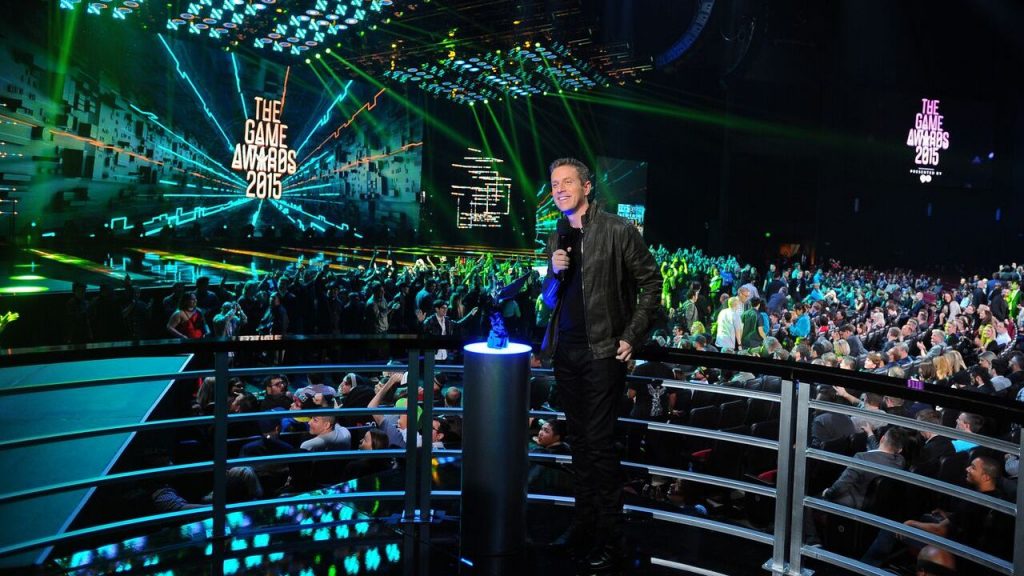 There are many more gaming awards shows. Magazines and portals of any size hold their own annual competitions, so it would take ages to run through them all. Of course, hell would freeze over if there was no drama involved. At certain award shows, developers lavished the journalist-jurors with expensive gifts in an effort to curry favour. This inserts a huge question mark into any discussion of the awards’ actual credibility. Well, it’s no secret that more awards means more buzz and interest, which equates to more potential clients and—you guessed it—more money. Circle of life.