Today we will be taking a look at a recently released indie title that I think it is a bit of a hidden gem, and that most fans of the first-person shooter genre should try!

Disclaimer: I bought the game with my own money and did not get a review copy. I have not had any contact with the game’s developer. I just really liked this game! 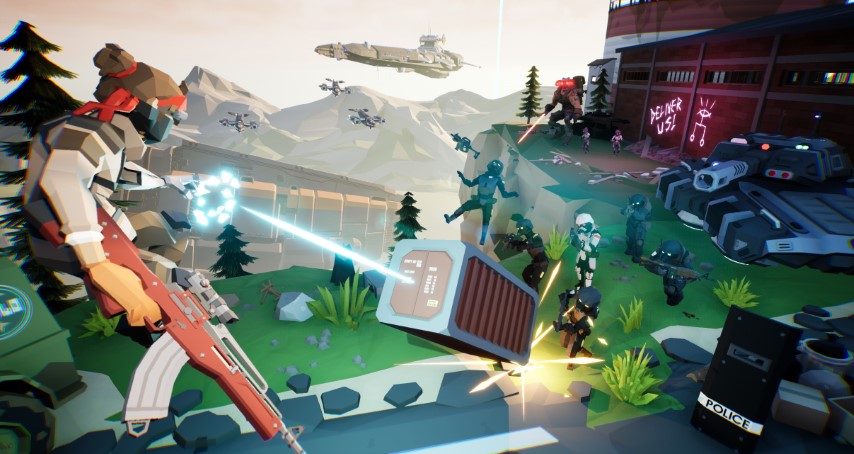 ADACA is a first-person shooter with a gameplay loop inspired mostly by old 2000s and 1990s classics shooters. Which ones you might ask? Oh, some of the really good ones. Half-Life 1 and 2 are a major part of the game’s DNA. In fact, the game’s official campaign takes massive inspiration from Valve’s classics. HALO was an obvious visual inspiration for the look and feel, the art design and the game’s secondary campaign is clearly inspired by games such as STALKER and Metro Exodus. 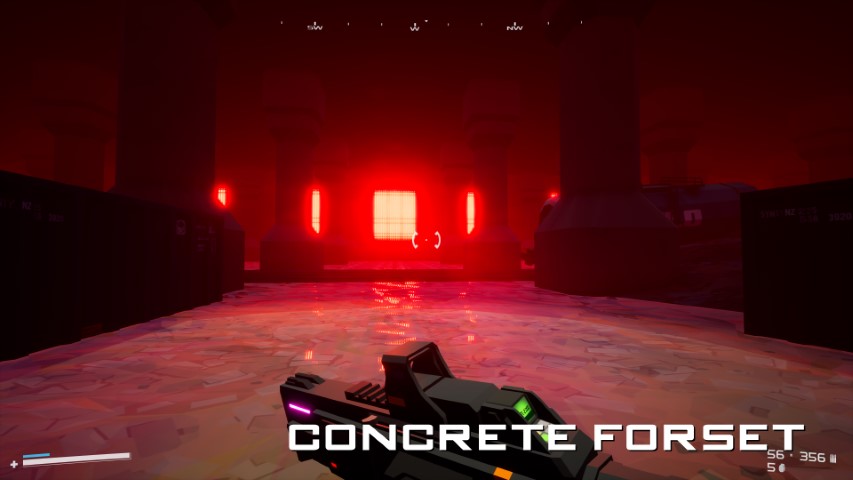 In ADACA you will meet up with resistance members, navigate mercenary outposts, escape from infested underground bunkers, fight the police, speak to eldritch abominations, and storm forsaken, cult-controlled power plants on an alien world!

The setting – rule of cool matters!

So, what is ADACA about? ADACA is the name of the planet the game is set on – a planet somewhat similar to Earth and conquered by humanity a long time ago. Home to a small but hardy population of humans, a fair portion of whom are now de facto ex-convicts or cultists or stalkers (the Roadside Picnic ones!). While mostly abandoned by the long arm of the law, the Zone of Alienation set around the planet’s once important and powerful mega corporation’s HQ is still drawing interest even decades later. And this is where I will leave things be since the game’s two major campaigns go deeper in this planet and the Zone – and it is a fun ride for sure! 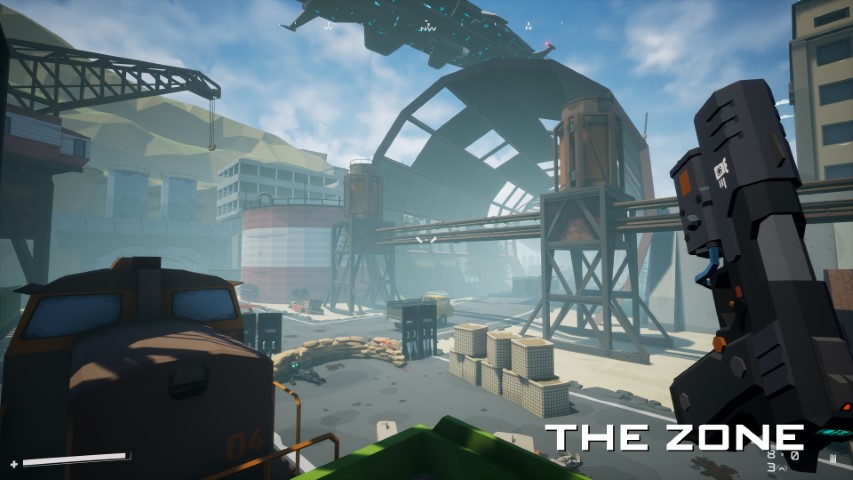 Now make no mistake – nothing in the game’s plot is unique in itself. But then again – no story is. People like me who have played lots of these 90s and 2000s FPS titles will quickly identify the source of the game’s inspirations and that is alright. It does not impact the experience in a negative way since it all fits together well. 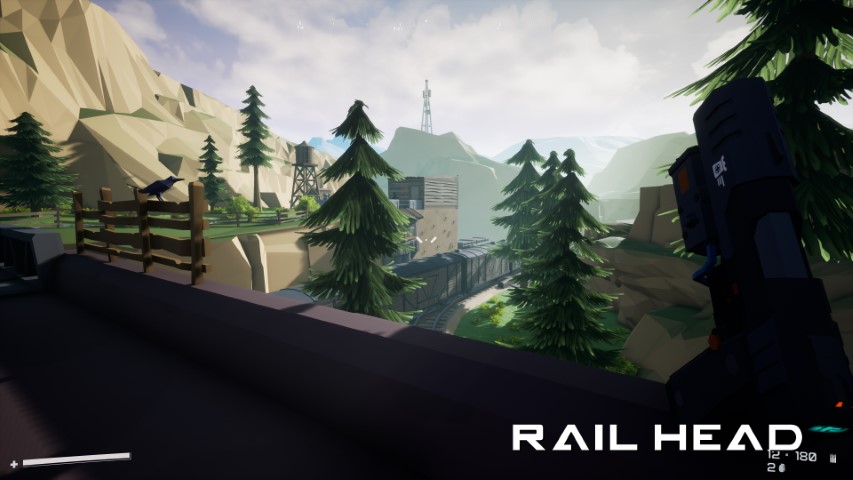 Welcome to indie Half Life!

While the first campaign is really similar to what games like Half Life 1 or 2, Metro Last Light or Unreal 1 dabble in, and that is awesome; campaign two – the Zone Patrol mode is a different beast. Dropped in a relatively expansive open world with multiple and I do mean multiple secret locations and areas, surrounded by possible allies and certain enemies, the player has to slowly unravel the mysteries of the Zone. Taking on missions for multiple factions, going after environmental puzzles, looking for keys and secret codes, listening to queues that may reveal said secret codes, guiding orbital artillery strikes and dodging emissions of radiation or fighting ghosts even – this is one of the game’s standout features. But it is a slow burn since initially you will just not know enough of the game’s world to truly proceed. It takes a while and a fair bit of exploration until it truly clicks . I recommend starting this campaign after finishing the linear one!

The gameplay – why physics matter!

As cool as a video game sounds, actually playing it is still what matters the most. And how ADACA plays is a treat! 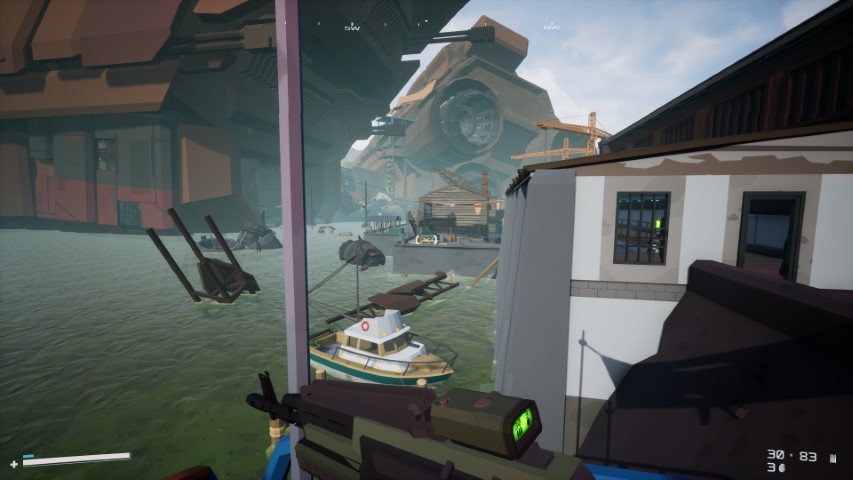 These settlements do remind me of something…

It is basically someone bashing together Half Life 2, Unreal, Singularity, and STALKER into one amalgamation (with tweaks!) and seeing what would come out of the other end. Thankfully, this mutant works just fine! 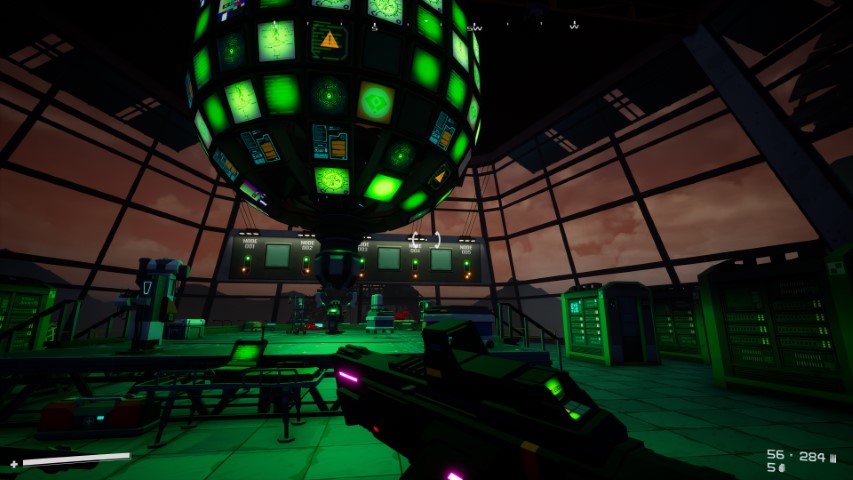 The core gameplay loop is of course that of a first-person shooter. A fast and responsive one. Make no mistake, taking cover is important but being aggressive while taking advantage of the game’s physics matters just as much! This is no Call of Duty or ARMA, but it isn’t quite Half Life either. It is its own beast. 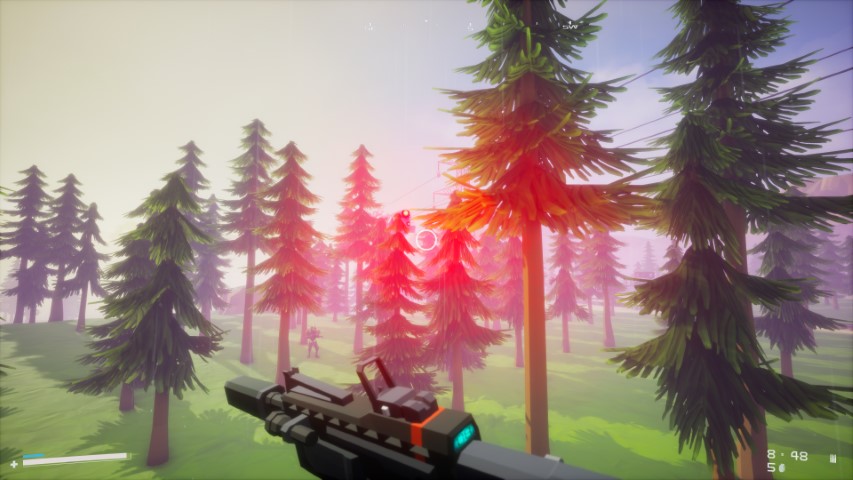 Most of the enemies are standard human beings armed with different guns and using slightly differing tactics. Think of the Metrocops from Half Life for one faction, STALKER’s Mercenaries for a second faction, special forces and cultists too. Obviously, they fight in a typical soldier-y way. What is interesting though is how often there will be infighting among the factions. Yes, all of these enemies are out there to get you. But they are not each other’s friends and this can and should be exploited often! As should the mutants and animals be too – nightmarish creatures coming from the alien planet or the cordoned Zone inside that can and will fight anyone. It is just so extremely refreshing to enter a large-scale battle with an enemy faction and have it turn into a 3-way or even 4-way battle for survival! Is it the perfectly calculated committee-approved AAA way to do things? Nope. That is why I love it. 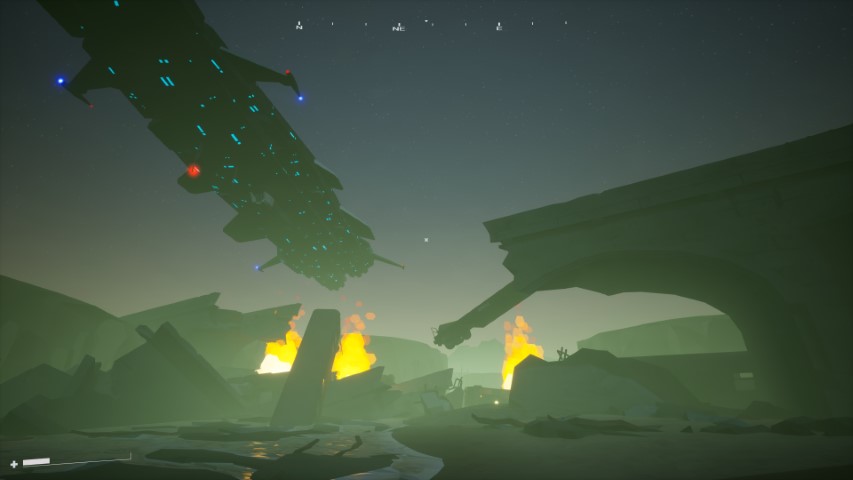 I mentioned physics earlier and this is one of the game’s major selling points too. You get access to what is similar to Half Life 2’s gravity gun or DOOM 3’s grabber from the game’s start. Unlike in those games, it is a device attached to your arm at all times and as such you can always use it immediately without having to switch to it. Not only does it mean that many of the game’s props can now be mobile cover, barricades in the making or be launched at an enemy to turn them into paste – you can even stun some enemies and take their guns from their arms or toss back their grenades! It can also be used to arm your allies with cooler weaponry or reach secret areas or of course – physics puzzles. This is no longer the current AAA/AA game design where 95% of objects are bolted on top of the level geometry and are unmovable – you actually feel like a part of the game world again! 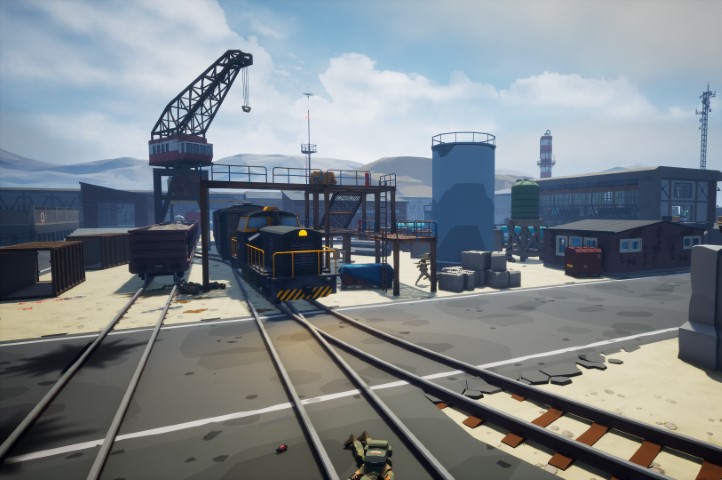 5-way battle royale + a rogue train. What is not to love?

You see, indie games can very rarely match AA or AAA productions in their technology or optimization, graphics or presentation and animation. Those things just take very specialized talent and/or lots of money to truly compete with. But one of the areas where they have no issues at all is usually gameplay and this is where I really took a liking to ADACA. Few developers make games like this in the modern day, but even if that were not true, the game is just very pleasant to play.

How complete is this game?

This is where things get trickier. In reality across my twenty or so hours inside the game, I had a relatively stable time with few glitches and few crashes. I would not go as far as to say that it is perfect, but it does seem to be way above average in stability compared to most modern titles. 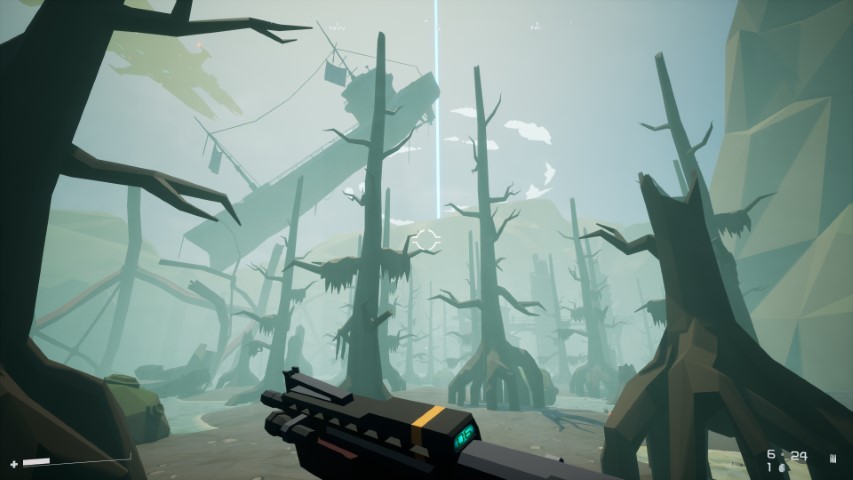 Anomalies in this game can be both beautiful… and scary. But there is *always* a way to survive!

Performance is iffier but not bad. The game would benefit from even more optimization and an addition of FSR 2.1.2 would be swell here, but it ran well enough most of the time. Perhaps a move to Unreal Engine 5 is in order too? 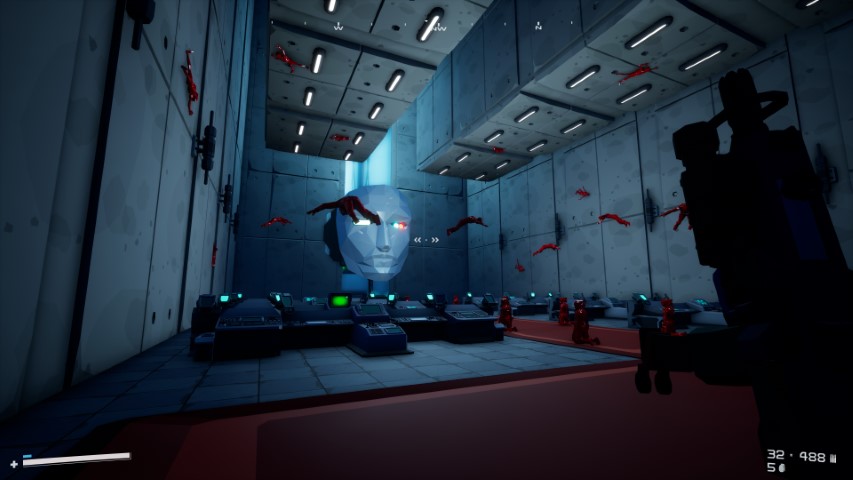 There are always darker secrets…

What about the content? Twenty hours of high in quality content and the possibility of mods and the promise of even more content down the line? That is a lot in my opinion but there is a red mark here that I must mention. The game is not technically finished yet. We have 2/3 of the linear campaign released and around 3/4 of the content promised for the open-world campaign too. What there is so far, is good. Very good. Worthy of the full price of the game. But the story is technically not yet complete. Considering the passion on display, I do believe that the plot will be finished but I do not have a firm date on that. 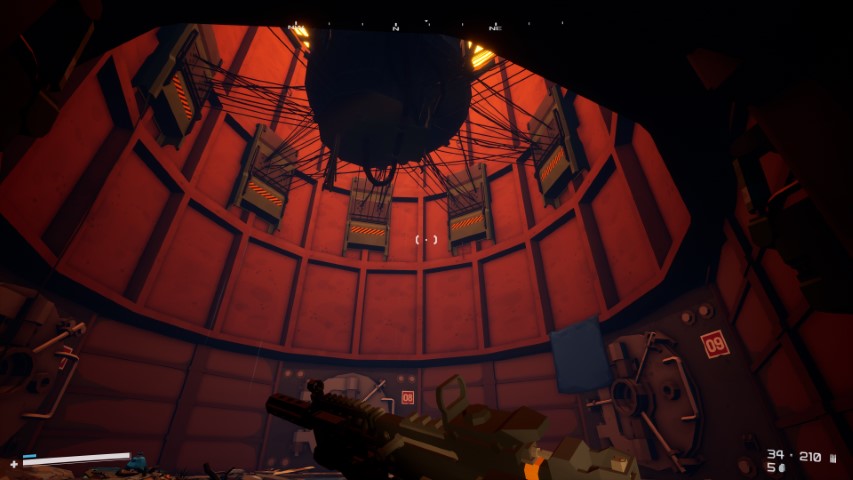 So, if you are perhaps a person that really wants to get the full game – it isn’t there yet. But it definitely is not an early access title either – the polish on display is above what most AAA games show on offer these days and the value on offer is quite excellent even now! Thankfully, you do not have to choose, the game has a free Demo on Steam available right now!

What about things I dislike?

While I did mention a few already I am overall quite positive of the game and am firm in my recommendation. One thing I am not a fan of is the art style. I understand why it was chosen, it is not ugly, but I am not a fan of retro-like or blocky graphics. I understand many people are so for them things will be even better looking. 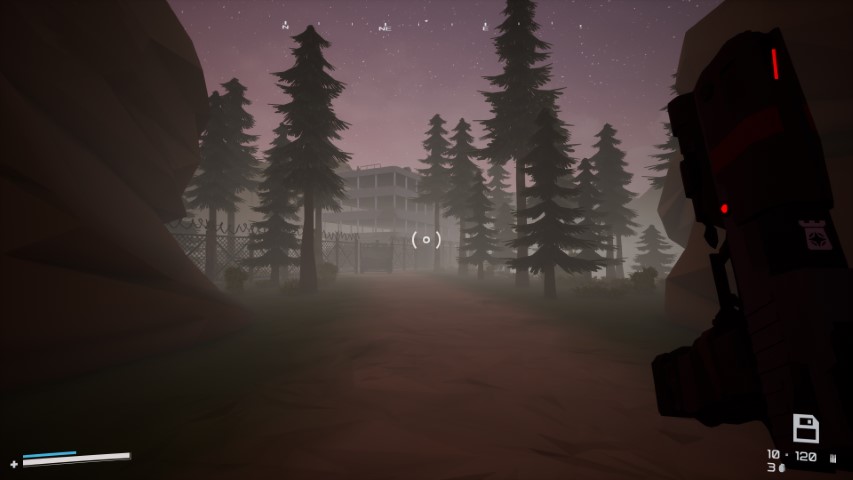 Stealthily sneaking around is an option but it is a relatively more limited gameplay system!

Some choices in props I do find questionable. For example, I do not understand why this relatively more modern and advanced civilization, dabbling in AI and psionics, giant ships capable of enacting orbital bombardment and such – why do we come across mostly modern 2000s era vehicles? From German Leopard tanks, American trucks, Russian T-90 and European diesel trains… I do not get it. 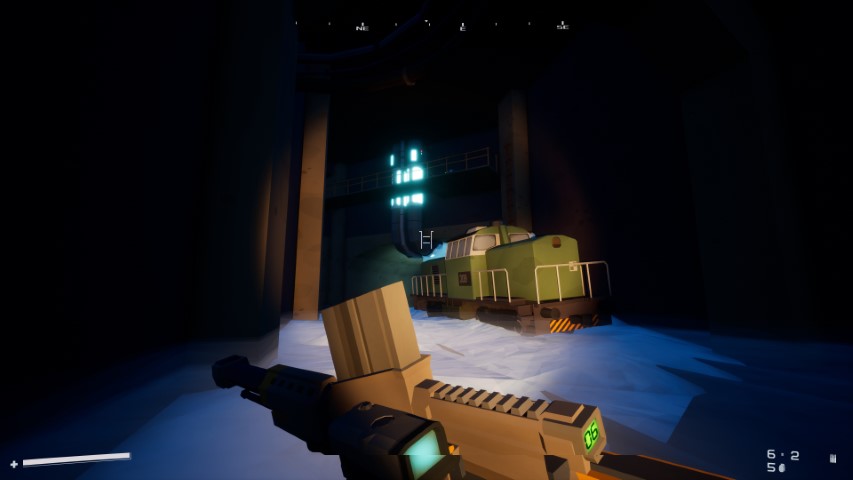 Now there is a possible lore explanation I can conceive of, but it isn’t in the game. There is also a very likely developer explanation – these props were available for free or cheaply and are iconic. Developing one’s own props especially with science fiction tech and the like is expensive. Fair enough. I am sure most players would not be bothered here. But it did make an impression on me anyway.

The thing that impressed me the most about ADACA is that it was made almost entirely by a single person. Yes, that is correct. The entire game, a 20-hour experience with dozens of cool weapons, a physics-charged combat system, multiple secrets and enemy types, extra game modes for fun – all of this was made by just one human. In a sense this is a testament to how good modern game engines and tools are, that this is even possible. But I do find it inspiring… I mean… 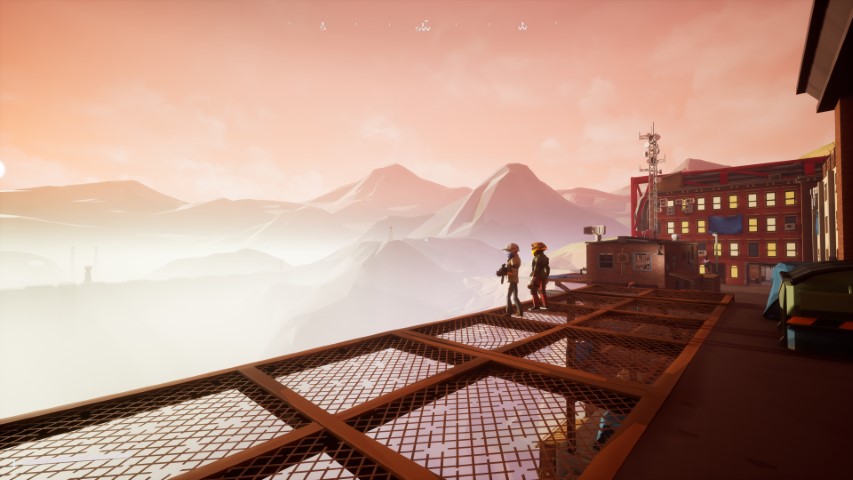 …If Siris Pendrake can create such a long, polished, and fun game mostly alone…

Where is my excuse? 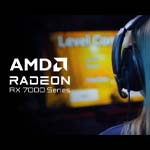 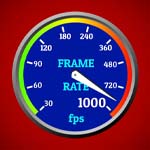 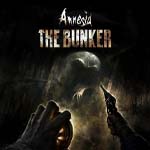 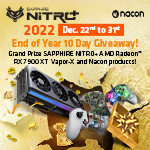 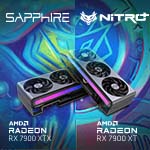 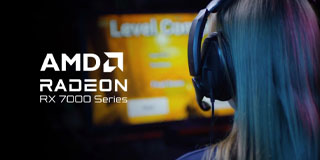 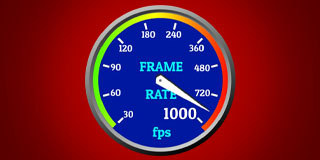