Just in time for the Holiday season, AMD has launched a new bundle with not one, but two free games that you’ll now be getting with a qualifying purchase of SAPPHIRE Radeon RX Vega 64 and 56 graphics cards.

Starting November 24th, and ending till supplies last or on December 31st, 2017, at latest, you can now get two free games with a new, qualifying purchase of SAPPHIRE Radeon RX Vega graphics cards. The promotion covers both RX Vega models: 64 and 56. 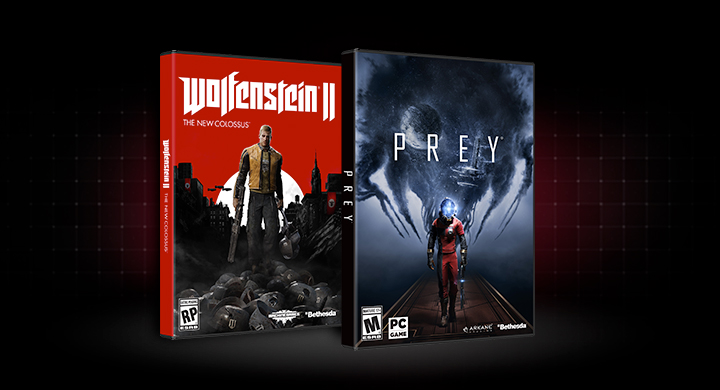 It’s time to take back America.

An exhilarating adventure brought to life by the industry-leading id Tech® 6, Wolfenstein® II sends players to Nazi-controlled America on a mission to recruit the boldest resistance leaders left. Fight the Nazis in iconic locations such as small-town Roswell, New Mexico, the flooded streets of New Orleans, and a post-nuclear Manhattan. Equip an arsenal of badass guns, and unleash new abilities to blast your way through legions of advanced Nazi soldiers, cyborgs, and über soldiers in this definitive first-person shooter.

You may also be interested in our recent look at the history of the Wolfenstein franchise.

Nothing is as it seems aboard Talos I. As Morgan Yu, set out to unravel the clues you’ve left behind for yourself, and discover the truth about your past. What role will you play in TranStar’s plans, and the mysterious threat ravaging the station? 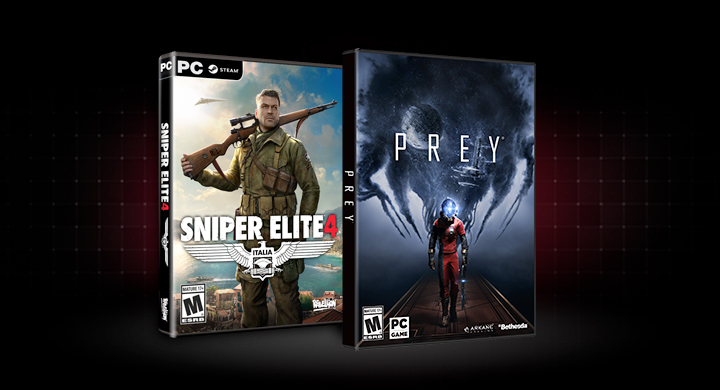 Discover unrivalled sniping freedom in the largest and most advanced World War 2 shooter ever built. Experience tactical third-person combat, gameplay choice and epic longshots across gigantic levels as you liberate wartime Italy from the grip of Fascism.

Get Prey & Wolfenstein II or Sniper Elite 4 for free

The promotion applies to all the following cards:

Remember: make sure the store you’re planning to buy the card in is actually participating in the promotion. Look for the promotional signs on the store’s website or contact their support before purchasing. The bundle is a digital-only promotion – you will not find the key in the card’s box. Instead, it will be delivered to you by the store itself (usually via email soon after the purchase). We won’t be able to help if you’ve bought the card in a store that is not participating in this promotion

To redeem the key, head to https://www.amdrewards.com/amdrewards/. Click here for complete terms and conditions of the promotion . The offer ends on December 31st, 2017 or until supplies last.