It’s arousing interest and controversy, and raising questions of aesthetic, moral and artistic sorts. Some claim it’s an art, others say it’s a childish masquerade, for still others it’s just great fun. It seems the truth here is, free to be.

The fictional world is a source of huge entertainment in people’s lives—it provides us a whole range of emotions and experiences, and helps develop the imagination. It provides endless inspiration for artists, who try to visualise their ideas or whatever comes to mind; they create totally new universes with different sceneries and determine time frames where their worlds are placed. The space is filled with inanimate objects, creatures and races, and the artists ultimately bring specific characters to life. They can show us fictional worlds in many ways, depending on what kind of art they do—from cinematography to comics, with video games, anime and literature all in between. So we may take in descriptions, still pictures and animations, or come face to face with a creator-become-animator, impersonating chosen characters in reality. What am I talking about? A world by the name of cosplay. 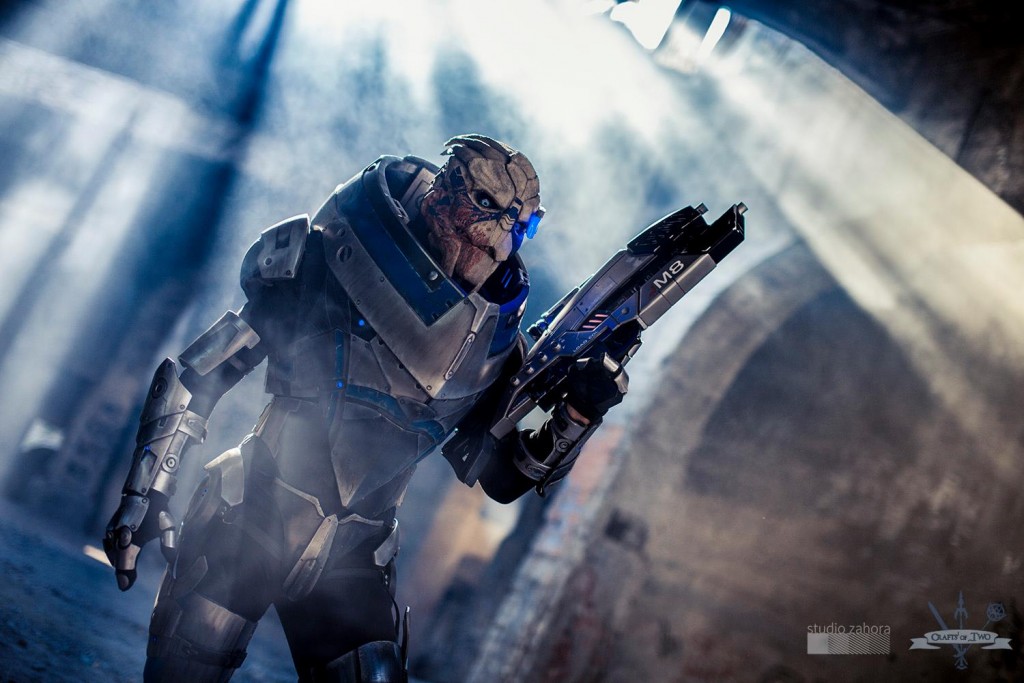 According to my sociological research, people from outside gaming and artistic circles usually don’t have a clue what ‘cosplay’ is—or they have a different view on it. People can be reluctant—wary, even—to approach the unfamiliar or unknown. It’s easier to criticize and take the piss than to appreciate the creativity and hard work of those who have a passion for it. There are some who see cosplay as nothing more than child’s play, and the authors merely as immature hacks who “don’t know what to do with their lives”. Well, this cosplayer is rising up to call them on the misperception, to say hey to they who say nay! Here are the goods.

The ideology of cosplay and the creators

Cosplay (costume making) is nothing more—or less—than wearing a costume to represent specific characters. Passionists–as cosplayers are known–do their best to remake themselves in the image of their chosen heroes. Not to be outdone, some even try to impersonate characters by behaving, moving or talking like them. Sometimes the way they act makes them feel like they’re stepping off the page—or screen, as the case today may be—to bring fictional characters into reality, which is incredible! So incredible, and so much the result of creative processes—acting among them, of course—that cosplay can surely be considered performance art. 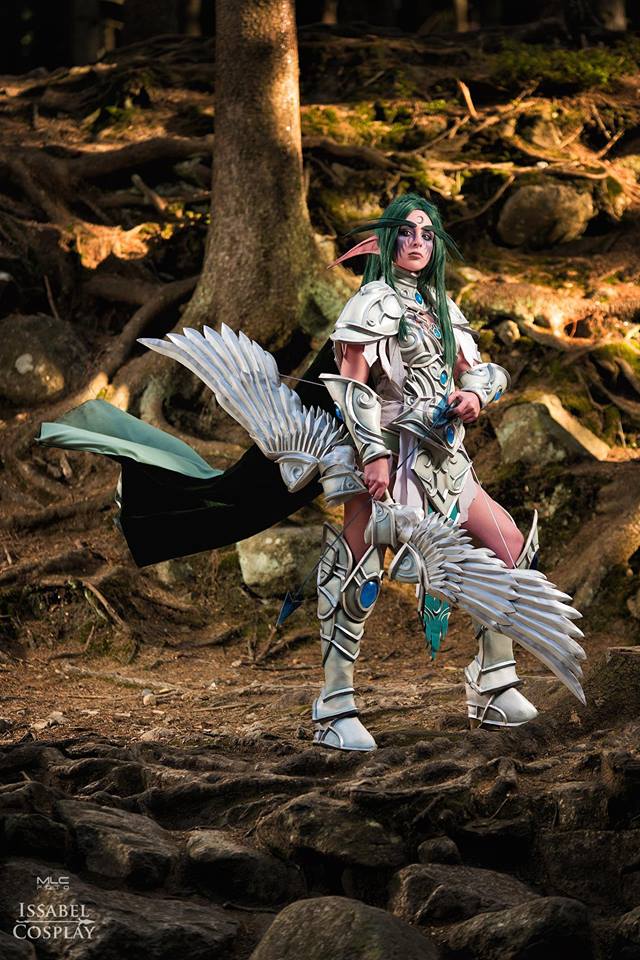 Those who are involved in creating costumes need reference pictures based on various works: original frames from movies, models, games, descriptions in books, comics and other. Available almost everywhere online, fanart (especially classical and digital drawings) is both inspiring and helpful in bringing characters alive. Of course, cosplayers also bring creations straight out of the deep unknown—their own imaginations. So artists from across the wide spectrum of the arts inspire each other and indirectly seed the fruits of each other’s works. But they all share this one thing – the passion to create.

Let’s take the game League of Legends as an example. Statistics from 2015 inform us that it’s the most played production in the world. The announcement of a new character is always preceded by speculation on numerous fora and whenever information leaks the discussion among players rises to a fever pitch. Within hours of Riot bringing out a teaser about a new hero countless images created by fans from around the world come pouring forth. These are not just attempts to appropriate heroes as they truly look, no: Some artists go a step further and endow them with different looks, (known in the parlance as skins). Just as you never need to wait too long for pictorial stories related to other League heroes, short animations or clay figures, the cosplayers community also swiftly responds to each new leak, with some setting about producing a character’s full regalia and sharing pictures of the creation in progress. Those who would hasten the process opt to make “instant” cosplays—that is, a faster portrayal that employs makeup, a wig and accessories. Hey, whatever it takes to keep up with the tornado that each new leak truly spins into, right? Remember, we are talking here about almost immediate reactions to an announcement that a new champion will be making his or her way into a game at some point. With each day ushering in ever-headier proof of fan creativity, we’re talking legitimate artistic madness here. 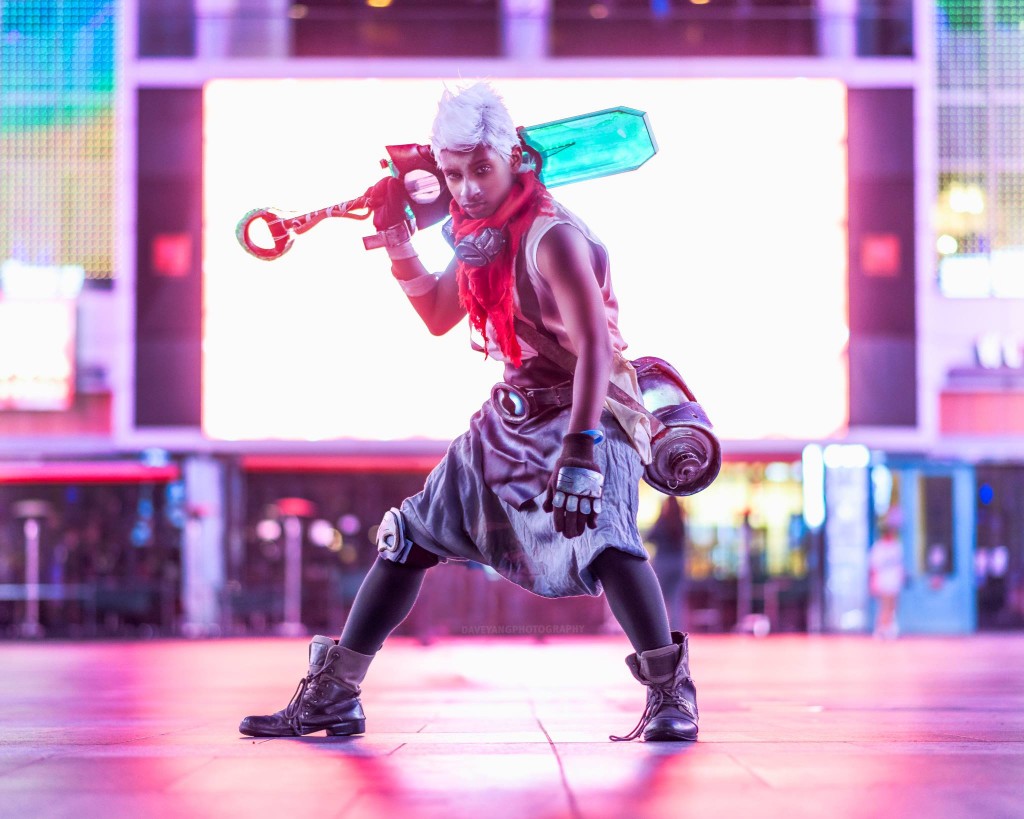 Cosplay of Ekko from League of Legends made by Kadu=Out Cosplay (https://www.facebook.com/Kaduout).
Photo by Dave Yang (Dave Yang Photography).

Why such an idea of yourself? The answer is simple – each artist or fan of a work carries it out in a unique way. Some enjoy creating additions for their favourite games, writing stories or making drawings, while others prefer to become their idols, if only for a moment to impersonate characters they love. The creative process is a form of expression, fulfillment; it’s immensely satisfying and develops the imagination by leaps and bounds. Over time, cosplay requires you to create new challenges, solve ever bigger problems, and forever test your manual abilities. The focus on finding solutions promotes education, patience and diligence: pursue an aim, realise a dream. It also affects the psyche and personality, encourages and strengthens self-confidence and makes it that much easier to establish relationships with others.

In the world of cosplay there are no divisions: The age range of passionists stretches young to old, involves both sexes, brings together people of different skin colors, cultures, religions and body shapes. All that matters is imagination, and what you are able to realize with it. People from outside this community often are not aware how time-consuming and costly this hobby is, or how much knowledge and spatial imagination is required of the artists. Of course, skills, creativity and costume quality stand on various levels, because people approach the process in different ways. For some it’s only an event that takes place several times a year, but for others it’s an integral part of their daily lives.

Gaming events and conventions are those situations where people from different social groups can meet – gamers, streamers, youtubers and cosplayers. The truth is that not only has cosplay become an integral part of these events, but it’s actually as prime a draw as any for participants. Whilst it’s a unique opportunity for players to meet their favourite heroes in the real world, cosplayers – as an artists group – can showcase their creations to a wide audience.

The way you approach cosplay is your own individual statement, one that depends on your personal aesthetic taste, the distance you have to yourself and your experience with the community. The most important thing to remember is that people put their hearts and souls into their passion, try to do their best and improve themselves with every single step they take. Their work deserves no less respect than any other art form. 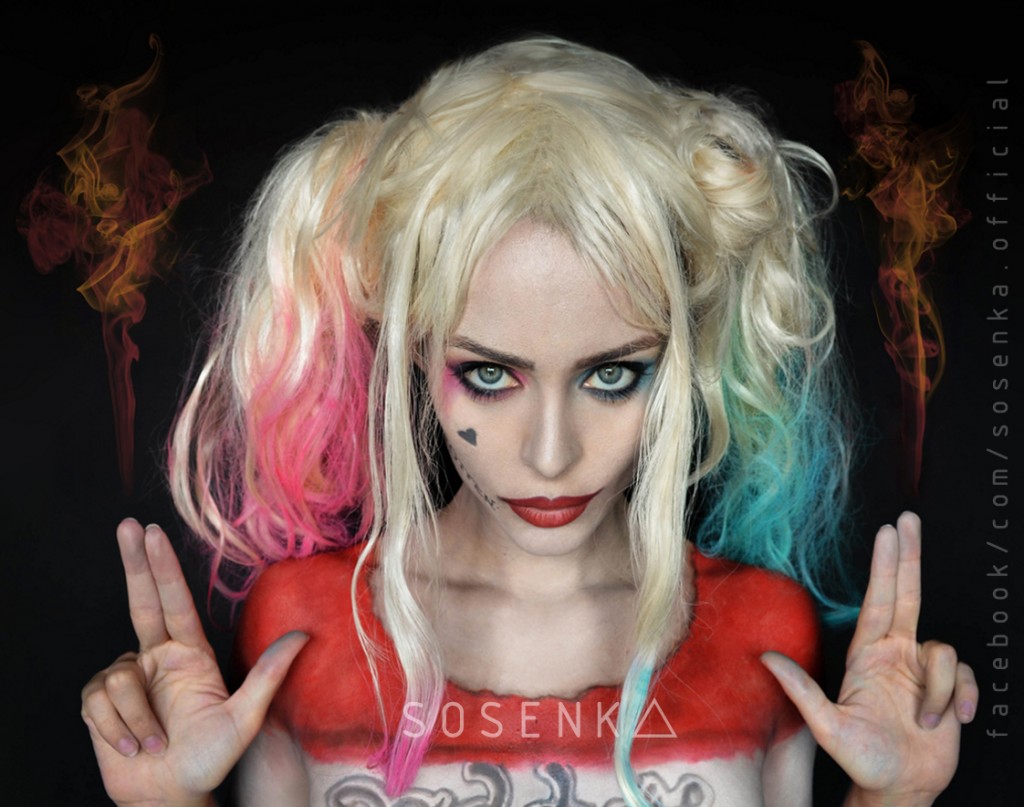 Don’t forget about our all-year long giveaway series. There are graphics cards and much, much more to be won each month during our epic Year of the NITRO! 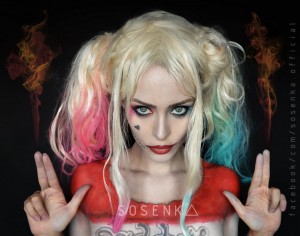