Minecraft through the eyes of an OG player

Minecraft is perhaps one of the biggest success stories in the gaming industry. It was created by one man, way back in 2009, and proceeded to become a crazy popular experience, eventually being bought out by Microsoft and, for a brief period, even surpassing Tetris as the highest selling video game ever.

The game has gone through quite the journey during the last decade, and as someone who started playing in early 2010, I have been present and able to witness most of it. 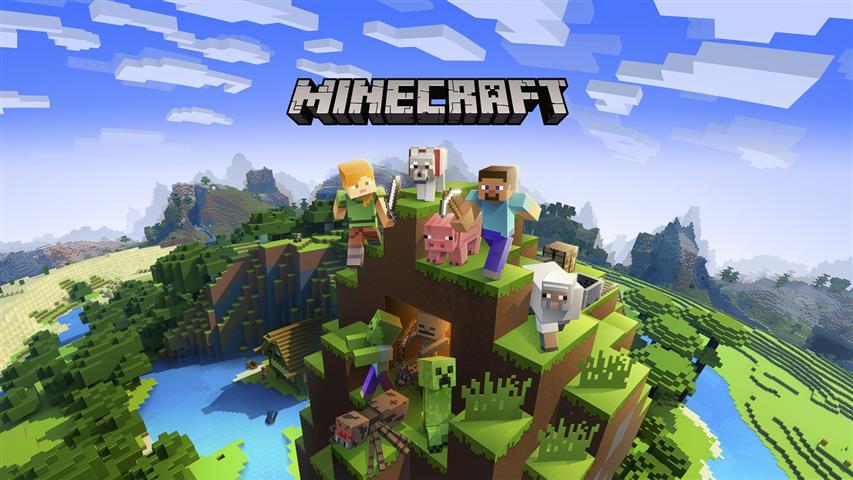 When I first started playing Minecraft, the game was very different. Many blocks we today consider essential were missing, including doors, beds, fences and more. There were no biomes, in fact there was only one and it was determined by the world type you chose at the start. Not to mention that the world was not even infinite at that point, you could make it a square or a rectangular world, but the entire world was smaller than some of the bases you can build these days.

However, the game was not all that different either. You had the basic gameplay loop of Minecraft already nailed; the trees to break up in order to make a wooden pick axe; mining coal for smelting and even sourcing iron, gold and diamonds. At night, monsters spawned and you had to survive their onslaught.. and you also had the all-important building and creativity aspect. This was basically the core of the game, and it is still preserved to this day.

This early version of the game may not sound very fun to play nor does it sound like you could spend much time playing it, with its small world and less features compared to today's version. But back in 2010, being able to enter a world, break a block and place it somewhere else, was a magical thing to see in a game. The survival aspect was also quite unique, while you still had a clear progression, wood to stone to iron to diamond, the defensive structures you could build were all up to you. You can imagine how blown my mind was when infinite worlds were released, a couple of weeks after I started playing. 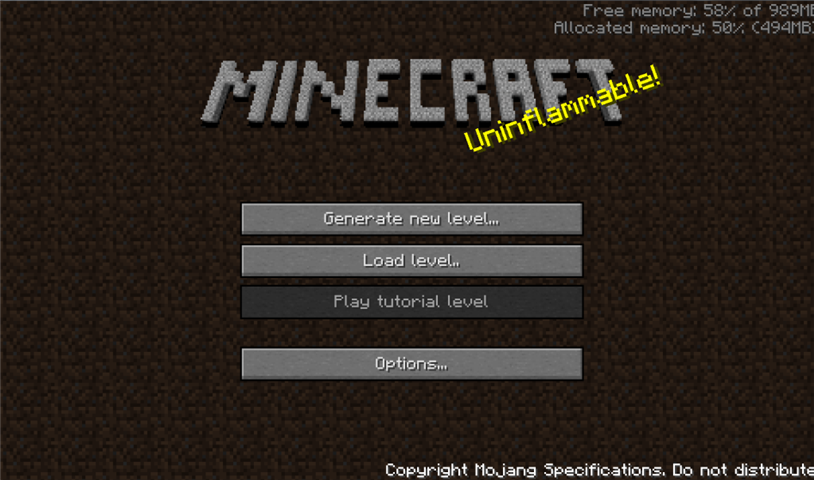 Minecraft has evolved a lot since those early days, adding survival multiplayer in alpha, allowing us to have communities and build villages. Back then we didn’t need plugins to protect us from griefers as we could trust each other, mostly. My simple house with a roof got a lot of compliments, as this was before the era of fancy build videos and people spending weeks making a castle or a cathedral on Youtube. Most people had a simple block of a house with glass windows and they all looked terrible without today’s block variety.

Soon the Nether was introduced, a whole new dimension with new blocks and enemies. Unfortunately, I was absolutely terrified of the Nether back then, so I do not have many memories of it, except begging a moderator to teleport me back into the normal world as the younger me felt lost and scared.

The game continued to evolve and soon the world had villages and villagers (who I still call Testificates to this day). Trading with said villagers was introduced and gave them purpose. The experience started becoming more realistic in a sense, with players having a hunger bar to look after. Things like the world generation were changed from their wacky and humorously random patterns, to instead making sense in respect of the biome, flatter terrain in grasslands for example. 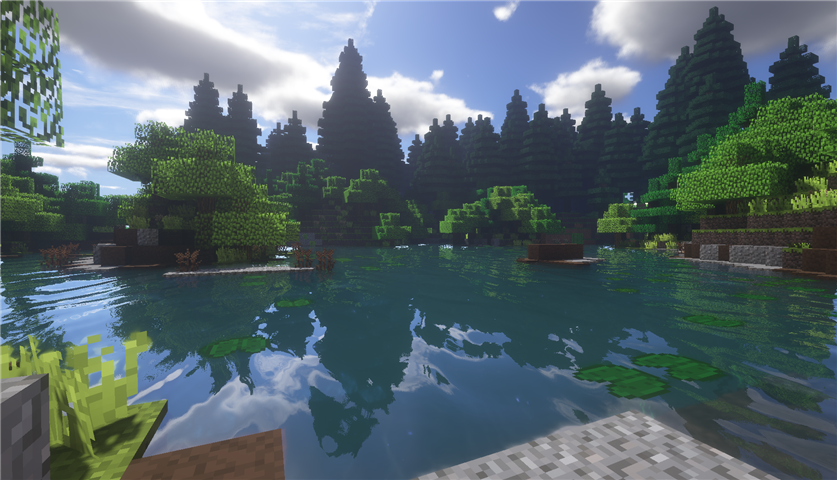 However, as Minecraft has updated and continues to do so, the original experience seems to have been lost along the way. Yes, you still have the punching of trees and making your first wooden and then stone pickaxe. Surviving the first night, while not nearly as challenging due to our experience with the game, is still sometimes a struggle.

But those unmodded server communities from the alpha days are gone now, replaced by what seems to be a list of copy-pasted servers, all with their Sky block, Factions, Hunger Games, Prison, etc, modes. They all have their donation rewards and voting rewards which have such overpowered rewards that there is no reason to play the actual game.

People make their bases as hidden and as far as possible from everyone else, and with a good reason, because other players will most definitely rob and grief you. These same factors make being a griefer not a fun way to play the game either, having to travel for an hour trying to find a perfectly hidden base is just not a fun experience for most, usually cheats are required to even find bases.

On another note, terrain generation, while as mentioned is more realistic, is also less impressive. Spawning in what seems to be the exact same forest or grassland for the millionth time fails to make an impression on me. Somehow, today’s Minecraft has less noteworthy terrain than the alpha and beta days, despite its outstanding number of biomes and generatable structures and features.

Even these days whenever I revert to an alpha or beta version of the game and spawn in, usually I find myself staring at or close to an interesting terrain generated mountain that you can’t help but screenshot. However, in the last few years, I have had only a handful of times where I would find a piece of terrain that made me go “Oh look at that”, and usually after travelling for quite the distance. I generated a world while writing this paragraph in Alpha 1.2.0 and below is a screenshot of its spawn point, we just don’t seem to get this very often in modern Minecraft. And what we see below is not anything special, just the first world I generated. 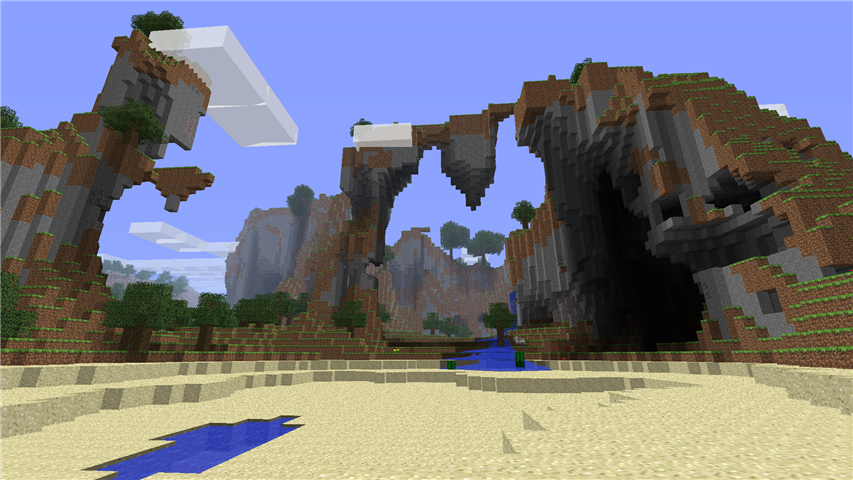 Don’t get me wrong, I love the modern Minecraft version, but I also find myself ending a long session of modern Minecraft and starting an even longer session of an Alpha or Beta world. While the progress of the game and the amazing updates have brought a lot of new and interesting features, those updates also brought with them a lot of bloat into the mix. I mean what's the point of bees or polar bears? I don’t even know how to make concrete and probably never will, wool works fine.

Enchanting is another of my examples, it is a great feature and gives a lot of depth, however, while diamond armor used to be overpowered, now with enchanting (which still seems like a new feature to me), there is no reason for monsters to even exist, as it is impossible to die with an enchanted diamond armor. The game does not increase its level of challenge to match all the new features and tools we get to work with.

I am definitely one of those old guys reminiscing  about the “good old days”, however, I do genuinely recognise, applaud and enjoy the amazing progress of Minecraft, and am excited about its recent resurgence in popularity and the incoming Nether update. However, I also genuinely believe that the game I started playing, more than 10 years ago, was lost somewhere along the way and all that I have left of it are random snippets of memory.